The History Of The Fourth Amendment: Know Your Rights
Odyssey

The History Of The Fourth Amendment: Know Your Rights

Incidents that inspired the establishment for the fourth amendment. 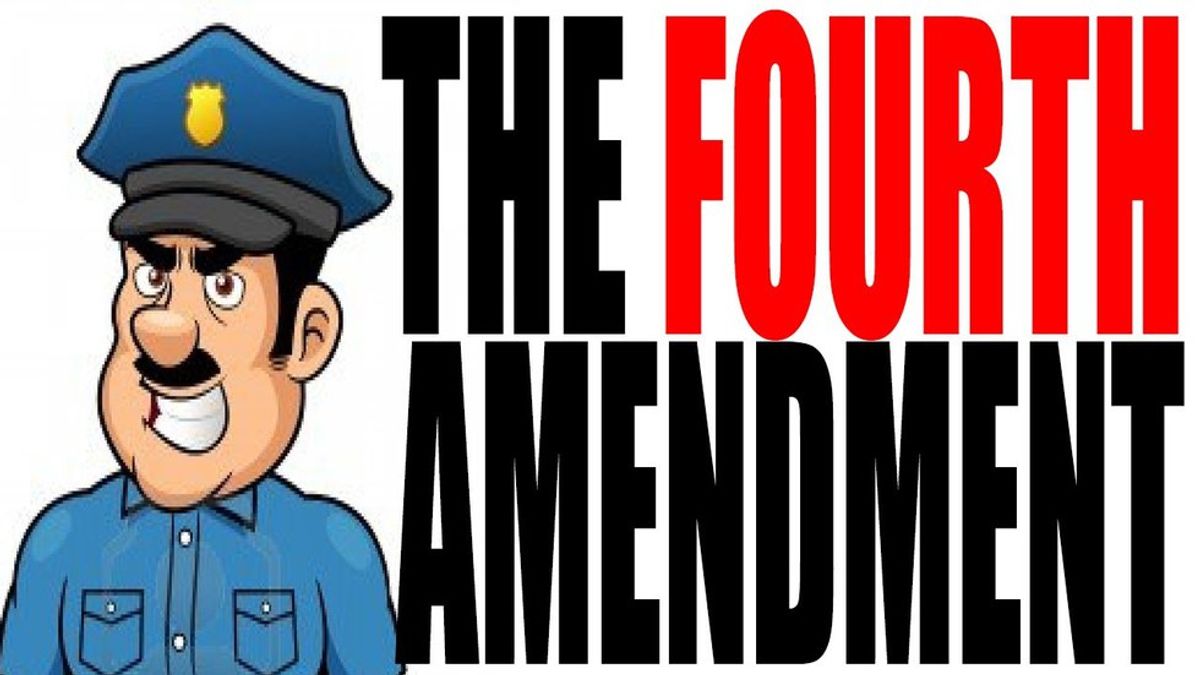 "One of the most essential branches of English liberty is the freedom of one's house. A man's house is his castle; and whilst he is quiet, he is as well guarded as a prince in his castle.” During Paxton’s case, also known as the Writ of Assistance case, a lawyer by the name of James Otis presented this statement in an argument in support of his opposition to the Writ of Assistance in February of 1761. A writs of assistance is a written order issued by a court instructing a law enforcement official to perform a certain task. John Adams said that the role of James Otis in contesting the law and power of the British was: “...the spark in which originated the American Revolution .... breathed into the nation the breath of life." Unfortunately, his proposal resulted in a failed attempt to be victorious in the case. Perhaps, the castle he was pertaining to was one of which that was built in the sky? Well, not exactly. Although he lost, the speech was heard by John Adams. Hence, the fourth amendment which reads "The right of the people to be secure in their persons, houses, papers, and effects, against unreasonable searches and seizures, shall not be violated, and no warrants shall issue, but upon probable cause, supported by oath or affirmation, and particularly describing the place to be searched, and the persons or things to be seized.” The fourth amendment, intended to protect unalienable rights, was incorporated on December 15th, 1791. However, due to an increase of technology overtime, interpretation of the clause has evolved leading up to today which may result in the amendment becoming less effective.

In order to diminish the misuse of power by the government over citizens, the Bill of Rights was included into the constitution to shield birth-given rights. The fourth amendment conveys the anger and frustration of the Colonist deprivation of their own fundamental rights. British soldiers could enter homes at the expense of absolutely nothing. They were able to seize belongings and search personal spaces without any legal documentation.The demand for the amendment was influenced by the abuse of the Writ of Assistance. James Otis informed the people of how the government's unjust practices were "incompatible with English liberties.” Because of Otis’ loyalty to the people he was elected to the Massachusetts House of Representatives. John Wilkes stated "I fear neither your prosecution nor your persecution, and will assert the security of my own house, the liberty of my person, and every right of the people, not so much for my own sake, as for the sake of every one of my English fellow subjects.” John Adams then adopted this concept as an advocate against Writ of Assistance as well. The framers of the constitution came to realize the importance of these fundamental rights to the public.

The fourth amendment has been incorporated, as a result of the landmark supreme court case Mapp v. Ohio which made the exclusionary rule a federal law in 1961. The Bill of Rights was officially effective on December 15th with the ratification of Virginia and New York. Anti-federalist Thomas Jefferson disputed “a bill of rights is what the people are entitled to against every government on earth.” Ant-federalist were attempting to prevent tyranny. On the contrast, federalist James Madison disagreed with this sentiment arguing that these rights could exist without the need for federal authority. There is nothing more powerful than a changed mind. James Madison began to support the ideas of the anti-federalist fearing that exclusion of the Bill of Rights would persuade anti-federalist to ignore the drafting effort as a whole. James Madison mentioned how the Bill of Rights would assist in the prevention of government oppression.

The fourth amendment is interpreted by the reasonableness clause and the warrant clause. An example of the reasonableness clause would be legitimate suspicion by law enforcement; the warrant clause states in order for law enforcement to conduct search, they must first obtain a warrant issued by a court. As a result of the Katz v. United States (1967) decision, the amendment then began to also use interpretation based on the fact that if a person was intending to be in private, that person is protected from the uninvited ear. Katz was using a phone booth in which the government tapped and convicted him presenting the evidence provided with the phone call. Because the evidence was obtained illegally, the evidence was null and void. This is called the Exclusionary rule. This rule was established as a result of the supreme court case Weeks v. United (1914). However the rule solely applied federally. In the landmark supreme court case Mapp v. Ohio (1961); the evidence obtained was also in violation of the fourth amendment. Authorities searched and seized articles from her apartment without a warrant. This case deemed the exclusionary rule to be applied to all states in addition to federally.

As technology increases, the less protection the fourth amendment will provide less protection for citizens. With the possibility of forthcoming issues in mind, imagine a more modern life without the existence of due process; a life where invasion of privacy is admissible and natural born rights were suddenly no longer considered innate as were before. Charles Katz caught a case back in 1967 over the government invading this privacy through a phone call. Fathom the evolution of technology sense then and how even more powerful technology will be in the years to come. Will the fourth amendment provide protection as technology continues to expand? The govern will more than likely continue to tap phone conversions but will the exclusionary rule still stand in the future?

On December 15th 1791, fundamental rights guarded by the fourth amendment was ratified. Unfortunately with the rise of technology the interpretation has been modified and may lose value in the years to come. James Otis laid the foundation for liberty of the america people by executing his vision of balances the power of the government. Because of Otis’ ambition and fidelity to his people, a man has acquired the legal right to remain a prince in his castle.