The History of Harlem.

The Creation Of Harlem As A Black Mecca

Black migrants turned the physical space of Harlem that was deemed undesirable by White America into something to be proud of – a safe space away from white supremacy. 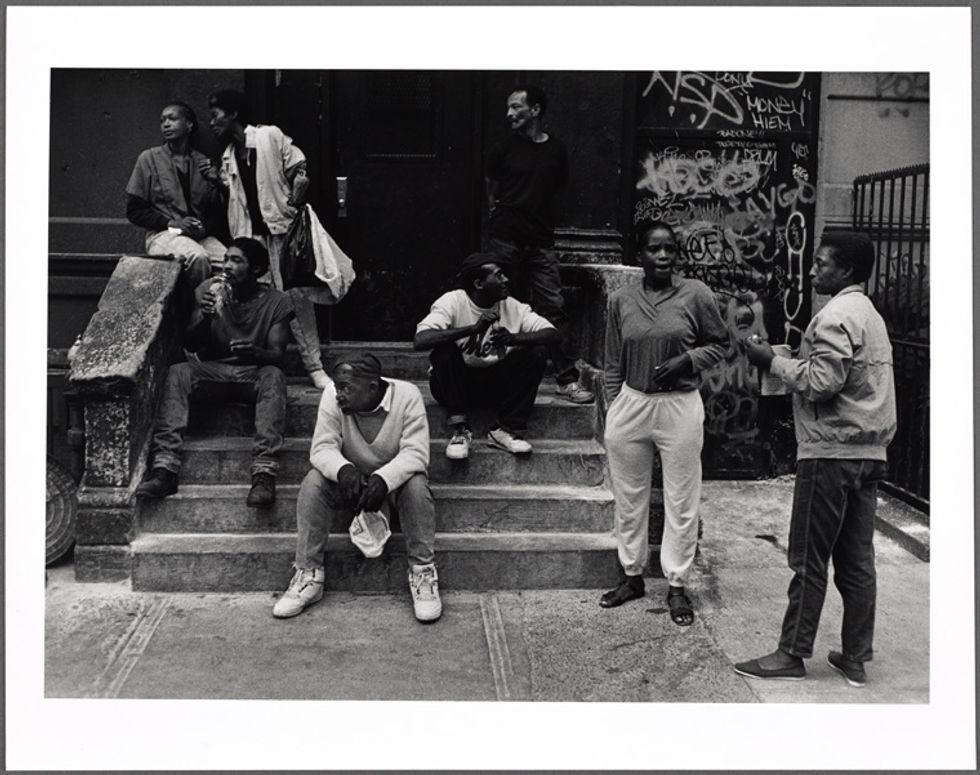 In 1870, Harlem was transformed from an isolated rural village to Manhattan's first upper- and middle-class suburb. Spacious modern apartments and brownstones lined the streets creating a feeling of prosperity and wellness for elite New York families. At the time, Harlem was home to a very small number of African Americans that stayed in Harlem after emancipation. Others resided in densely populated enclaves throughout Manhattan, including the Tenderloin (between West 20th Street and West 59th Street), and San Juan Hill (from West 60th Street to West 64th Street between Tenth and Eleventh Avenues) (Jaynes, Gerald D. 2005). During the Great Migration (between 1910 and 1930), increasing numbers of African American migrants entered Manhattan but were driven further and further north due to racism, violence, housing shortages, and housing inequalities.

Harlem was specifically designed to be a home for the upper- and middle- class white world. White tenement residents and homeowners kept African Americans out of the area through restricted covenants that barred whites from selling or renting across racial lines. Tenant associations such as the Property Owners' Protective Association of Harlem regulated prices beyond the reach of poorer blacks and blatantly discriminated against wealthier blacks who might otherwise have been able to afford the move.

However, Harlem developers and realtors were faced with an inescapable problem – they had over speculated the actual amount of interest in the newly built neighborhood. Furthermore, economic recession and competition from the newly annexed city of Brooklyn and other neighboring areas even further north (thanks, in part, to the same technological advances that made northern Manhattan more accessible) meant that Harlem could not attract the number of white middle-class residents that had initially been anticipated. Black New Yorkers that were experiencing worsening conditions elsewhere and feared anti-black riots (such as those that occurred in Tenderloin in 1900 and San Juan Hill in 1905), took notice of the real estate crash and purchased the land in Harlem that panicking speculators were more than willing to sell. Taking advantage of the lack of options many Black migrants had, greedy realtors often exploited black homeowners and piled them into small rooms of one-family homes at inflated prices.

White flight eventually took place and the racially exclusive convents that were in place were broken. By the early 1920s (paralleling the Harlem Renaissance), thousands of African Americans descended upon Harlem for work, for pleasure, and to be part of this new artistic movement. Inheriting a housing stock that was less than three decades old, African Americans lived in some of the choicest property in New York City—tree-lined blocks and avenues, five and six-story elevator buildings with maid's quarters, and elegant single-family brownstones with parlors.

Though the creation of a Black Harlem allowed for a safe alternative to an unwelcoming America, between 1935-1940, one of the New Deal's most important agencies, the Home Owners' Loan Corporation or HOLC, created a redlining map that placed all of Harlem in red. As a result of redlining, black families "couldn't avail themselves of what is arguably the most significant route to family and personal wealth-building in the 20th century, which is homeownership.

Red areas represent those neighborhoods in which the things that are now taking place in the Yellow neighborhoods, have already happened. They are characterized by detrimental influences in a pronounced degree, undesirable population or infiltration of it. Low percentage of home ownership, very poor maintenance and often vandalism prevail. Unstable incomes of the people and difficult collections are usually prevalent. The areas are broader than the so-called slum districts. Some mortgage lenders may refuse to make loans in these neighborhoods and others will lend only on a conservative basis.The influx of Black residents directly coincides with the creation of Harlem as a red space.

The Committee on Civil Rights in Metropolitan New York (CCRM, pronounced crem) was one of several groups created to address civil rights by demanding access to public spaces and housing. Determined to make their new community safe from discrimination and anti-Black exclusion, African Americans in Harlem organized boycotts and fought for the right to work in their own community. Despite limitations on where they could shop, eat, play, and enjoy themselves, African Americans in Harlem managed to create places where they are not only visible, but also safe. In the spaces they designated and created, blackness was defined, redefined, and expanded. The homes, hair salons, corner stores, and jazz clubs were curated in a way that represented a desire for authenticity of self. In some ways, it was what novelist Albert Murray would refer to as an "Omni-America." Omni-America is not in the interest of "proving" the African American's American-ness, or full citizenship in the polis, but rather to give a true sense of the speaker and African America as told by themselves.
From Your Site Articles
Related Articles Around the Web
segregation
Report this Content
This article has not been reviewed by Odyssey HQ and solely reflects the ideas and opinions of the creator.