The Birthplace of Basketball
Odyssey 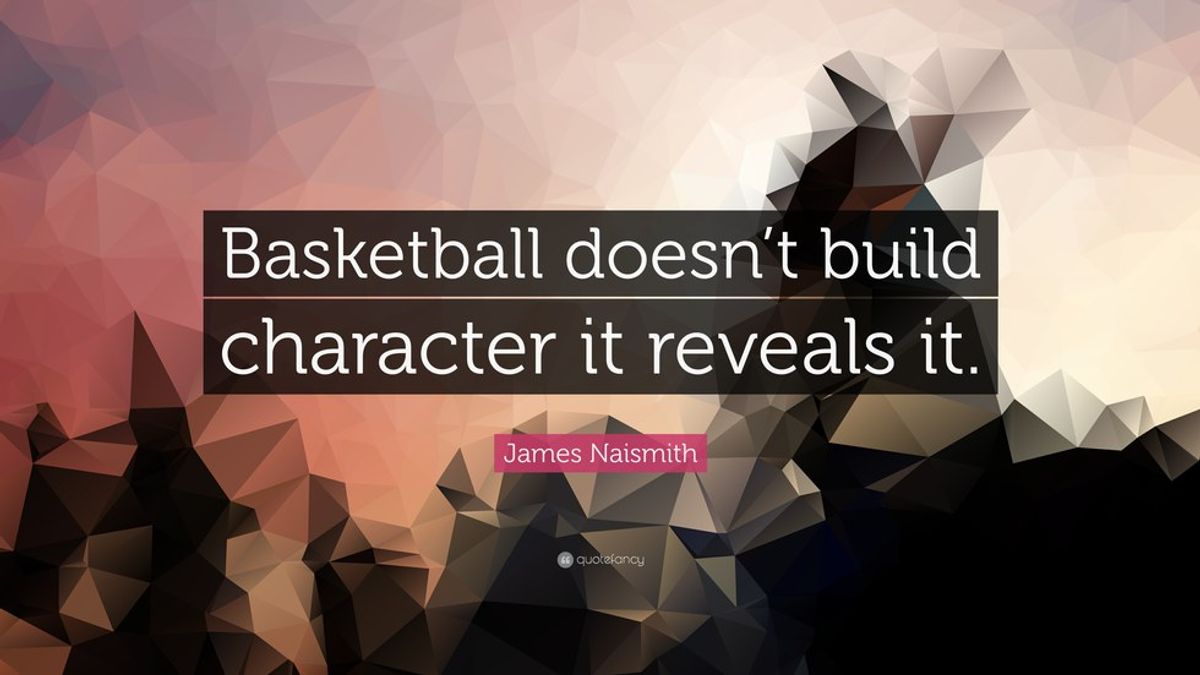 Naismith defined a foul as striking the ball with the fist. And if one of the teams made three consecutive fouls, it’s a goal for the opponents. The eighth rule is that a goal shall be made when the ball is thrown or batted from the ground into the basket and stays there. When the ball goes out of bounds, it can be thrown into the field and played by the first person touching it. The umpire worked with the referee and his job was to judge and note fouls, so he could tell the referee when three consecutive fouls have been made. Another role the referee had was to judge the ball and decide when the play was in bounds, which side it belongs to, and keep time. Naismith decided that the game should have two 15-minute halves, with a five-minute rest between. And the last rule was that the side scoring the most goals in the time limit would be declared the winner.

The game caught on quickly because graduates of YMCA traveled widely and it was a simple game to play indoors during the cold winter. Naismith trained the first great college basketball coach, Forrest “Phog” Allen, who played for him at the University of Kansas and won 771 games as a coach himself. One of Allen’s star players was Wilt Chamberlain, who became one of professional basketball’s first superstars. At one game, he scored 100 points himself.

In 1898, the first professional basketball league was formed. Players earned $2.50 for home games and $1.25 for games on the road. Starting in 1994, Juwan Howard, a star player for the Washington Bullets (Wizards now), had competing offers of more than $100 million over seven seasons. Several of the National Basketball Association teams have foreign players, who return home to represent their native countries in the Olympic Games. The team of top American professional basketball players is called the Dream Team, representing the United States in recent Olympic Games. Becoming more popular internationally, Argentina won gold in basketball in 2004, the first time a Latin American country won the basketball honor.

I think it is really cool that the game started with KU basically, because that is where I’m from and I grew up in Kansas City. My dad is actually an alumni of KU, but he never played basketball with them. He loves playing pick-up games with me, and since he didn’t have any sons, I was the one he taught. I grew up playing basketball on club teams, but never at school.

Me playing basketball in 3rd grade, 2003

And I actually always hated going to watch basketball games because I just wanted to be on the court myself playing. I remember going to a lot of Midamerica Nazarene University home games because many of the alumni went and brought their kids. It’s kind of funny that my history kind of started out in the same place that basketball’s did too.