The Gift Of Basketball
Odyssey 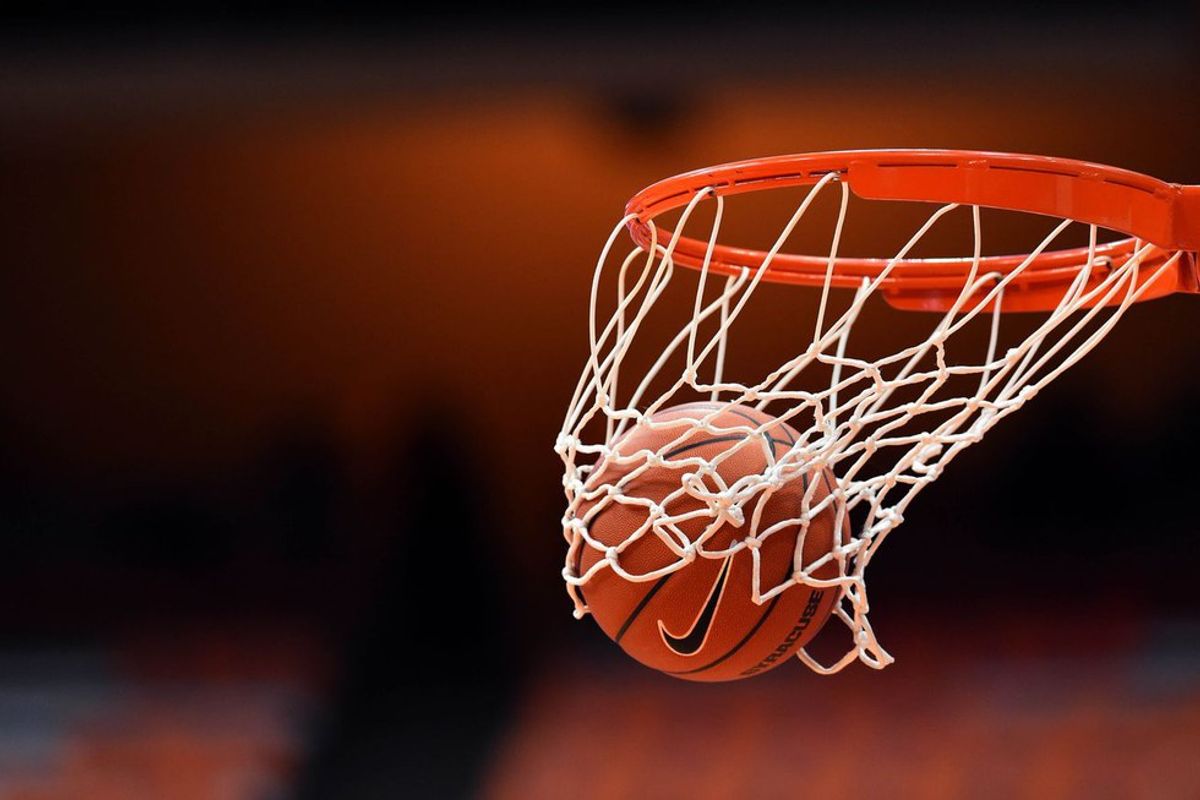 I have been playing basketball since I was 4 or 5 years old. It started with cheering on Dad at his games. I can remember him lifting me up on his shoulders so that I could reach the goal to shoot. I then started playing when I was 5 or 6 for the Waynesville Recreation League, and I guess I played at that level until I was 9. It was arounf that time that I wanted to stop playing basketball and only dance (yes, I danced for 7 years). I decided not to give up though, because of my dad, and when I was 9 or 10, I started playing Waynesville Youth Basketball for 3 years with some of the same girls who I played in high school with. We played for John Swanger, who is also a pastor for Calvary Road Baptist Church. I could still pick his voice out of a crowd, along with my dad's and my high school coach's voice. He always cared about us, and although he was tough at times, he taught me so much about not only basketball, but about life. Then it came time for middle school, and I didn't really want to play basketball for the school my 7th grade year, I wanted to continue playing youth ball, but the coach told me that it would be harder to play at high school if I didn't start that year, and so I did.

It was in middle school that I really started to become self aware. I knew that I wasn't the skinniest or the tallest, and I knew that I wasn't the fastest. Still, I gave my all to everything I did, but that still didn't seem like enough. My entire 7th grade year I played fifth quarter and sat the bench, and it seemed like nothing I could do could get me to play, and so again, in 8th grade, I was thinking about going back to youth ball, but I didn't, and I ended up playing much more in 8th grade.

I do remember, though, my coach telling me that if I didn't fix the way I shot (because it was weird), that I wouldn't get to play. I also recall being told at some point that I wasn't a basketball player. That almost stopped me from playing altogether.

By high school, I was so ready to play for my lifelong coach, Ann Gardner. Coach Gardner had taught me since I was little, because I always attended her camps as a kid. Dad was the one who pounded hard work into me, and Gardner was the one that sharpened my skills. I will always remember the first time I shot a left handed lay-up at one of her camps, and I thought I was a hot shot. I should also mention that I also wanted to be able to dunk, and I told my dad that. Instead of shooting me down, he told me I could do it, and so for a long while that was a big goal of mine.

Unfortunately, and not surprisingly, I still can't dunk.

I played for Gardner in high school, and by the end of my freshman year, I was playing some games with the varsity team. I played varsity sophomore through senior year, and my sophomore year, we went all the way to the state championship, but unfortunately, we lost at Regionals. Until my junior year, I didn't want to play basketball in college, but something in me lit up, and I decided to start looking for colleges to play at. The rest is history, and now I play at Warren Wilson College.

I say all of this, not to pat myself on the back, but to remind myself what this game means to me. All the hours put in: the running, early mornings at the gym, weight lifting, etc. All of it started when I was 5, and it has all led to this. 14 years of basketball.

Some days, it is really hard to be positive, but it is so important to stay positive on the bad days, something my dad reminds me of. Some days, though, I walk into our gym and the familiar smell of wood floors and sweat hits my nose. The sound of shoes squeaking. The sound of balls bouncing and nets swooshing. Some days I wish I could go back to the beginning and do it all over again. When I take time to reflect on where I came from, as a 5 year old girl cheering on my dad, to a 19 year old woman playing college, I feel a lot of pride, and I feel very thankful for everyone who believed in me. Especially to my dad, who was at every single game, who spent countless hours teaching me, who spent loads of money on gear, and who always, and still does, believe that I am the best there is. And, of course, for giving me the gift of basketball.