The Fascination with New Orleans

Why does everyone want to go to NOLA? Why does pop culture find itself on Bourbon Street so often? 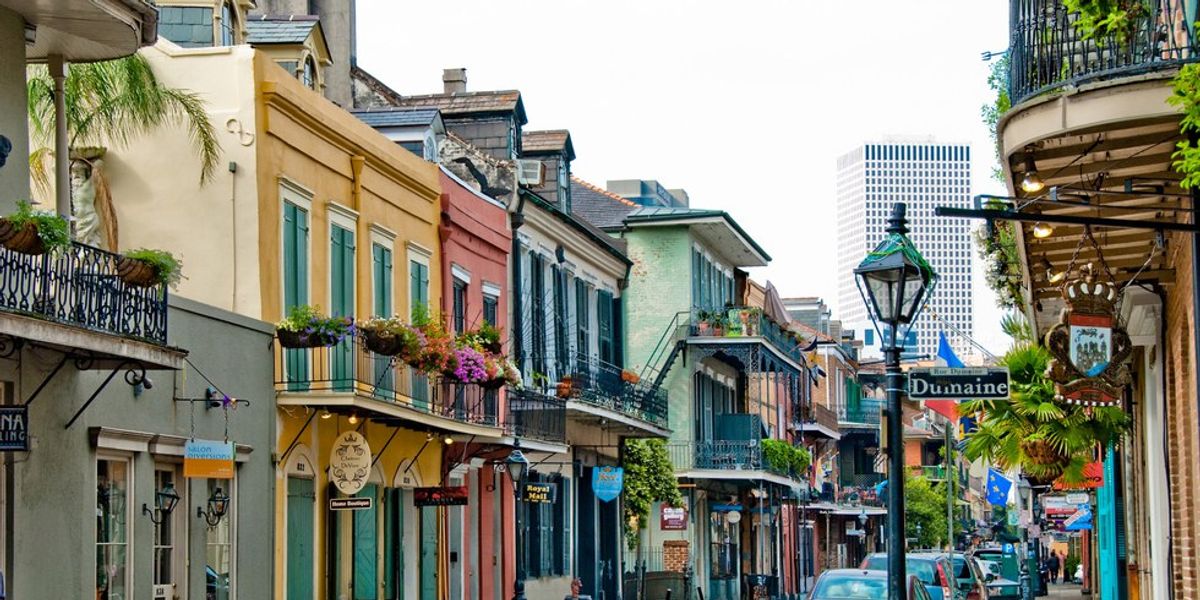 There seems to be a pattern of regional fascination in America, which can easily be traced through pop culture. While New York City is a timeless hub of American life, there was a time of particular popularity associated with N.Y.C in the nineties. From Nora Ephron films, to Friends, to Seinfeld, America was fascinated with the big apple on all fronts. The California Coastline has also had its hey-day at the forefront of pop culture during the turn of the twenty-first century. The California Coastline was the setting for films like Charlie’s Angels or A Cinderella Story, and television shows like Monk or Psych. Las Vegas even had it's moment in the sun, with iconic films like Rain Man or Ocean's Eleven. Now, however, it seems that cities like N.Y.C., San Francisco, or Las Vegas have been replaced as the dominant subject of American attention. The southeastern united states has developed its own area of dominance in pop culture, demonstrated through the literary genre of the southern gothic, as well as in the growing popularity of the southern gothic in television programs like Dexter, True Blood, or True Detective. However, it is the unique charm of New Orleans that now seems to dominate American attention.

Jazz and Bourbon Street are permanently tied to the popularity of New Orleans, but the city has a more rich and complex history that is now being brought into prominence in American pop culture. Even the aspects of New Orleans’ culture tied to dark chapters of history and voodoo are being popularized in mainstream entertainment. Also, the cultural and historical value of jazz music is being re-embraced by the American music industry. There are also plenty of contemporary songs about New Orleans that aren’t in the traditional style of jazz, such as the pop band Parachute’s “New Orleans”. However, nothing captures the sensation of New Orleans’ vibrance quite like jazz.

Disney’s film The Princess and the Frog drew attention to New Orleans’ unique, colorful culture in a way that appealed to younger audiences who might not be attracted to the more adult aspects of New Orleans’ appeal. The beautiful animation of the film captures the colorful life found in New Orleans' historic buildings and lush environment. From swamplands to decadent beignets, The Princess and the Frog paid close attention to the subtleties that conjure effective and instantaneous connections to New Orleans for its audience. The soundtrack of the film also paid homage to the rich musical background of the city permanently tied to jazz in the American mindset. The film is also set in a time period that highlights New Orleans’ ties to the progression of racial diversity in America.

The specific, dark quality of New Orleans’ aura and history have fed the flames on the popularity of the southern gothic in entertainment. The CW’s show, The Vampire Diaries launched a successful spinoff set in New Orleans, called The Originials. The Originals’ popularity turns attention to its setting, due to the surprising success it has seen compared to other spinoff programs, which often struggle to survive in the ratings.

FX’s gothic horror anthology, American Horror Story, also experienced a surge in popularity during the show’s third season, Coven, which was set in New Orleans. The third season of the unique anthology series played off of New Orleans’ history, New Orleans’ modern culture, and New Orleans’ ties to witchcraft and voodoo. The season bore a significantly different tone from the show’s earlier two seasons, which were focused on more overt forms of horror in its storytelling methods. However, Coven’s effectiveness can easily be seen when one takes into account the rich setting of New Orleans that offers endless possibilities for storytelling and world-building.

Whether it is due to the historical appeal of a metropolitan city, or the gothic mystery of southern swamplands, modern America seems to have a distinct fascination with New Orleans. New Orleans is more frequently the focus of the entertainment industry’s most popular programs and films. New Orleans also remains one of the most coveted locations for celebrations and vacations, from Mardi Gras, to spring break, to bachelorette parties. New Orleans is a rich tapestry of cultural and historical influences that can appeal to broad demographics. American culture is in an period of history where uniqueness and diversity are frequently celebrated, as well as in dire need of defense. For this time period, New Orleans is a perfect backdrop to express the rapidly changing, vibrant qualities of American life.