We've Come To The End Of The New York City Adventure
Odyssey
CurrentlySwoonLifestyleHealth & WellnessStudent LifeContent InspirationEntertainmentPolitics and ActivismSportsAdulting
About usAdvertiseTermsPrivacyDMCAContact us
® 2023 ODYSSEY
Welcome back
Sign in to comment to your favorite stories, participate in your community and interact with your friends
or
LOG IN WITH FACEBOOK
No account? Create one
Start writing a post
Relationships

We've Come To The End Of The New York City Adventure 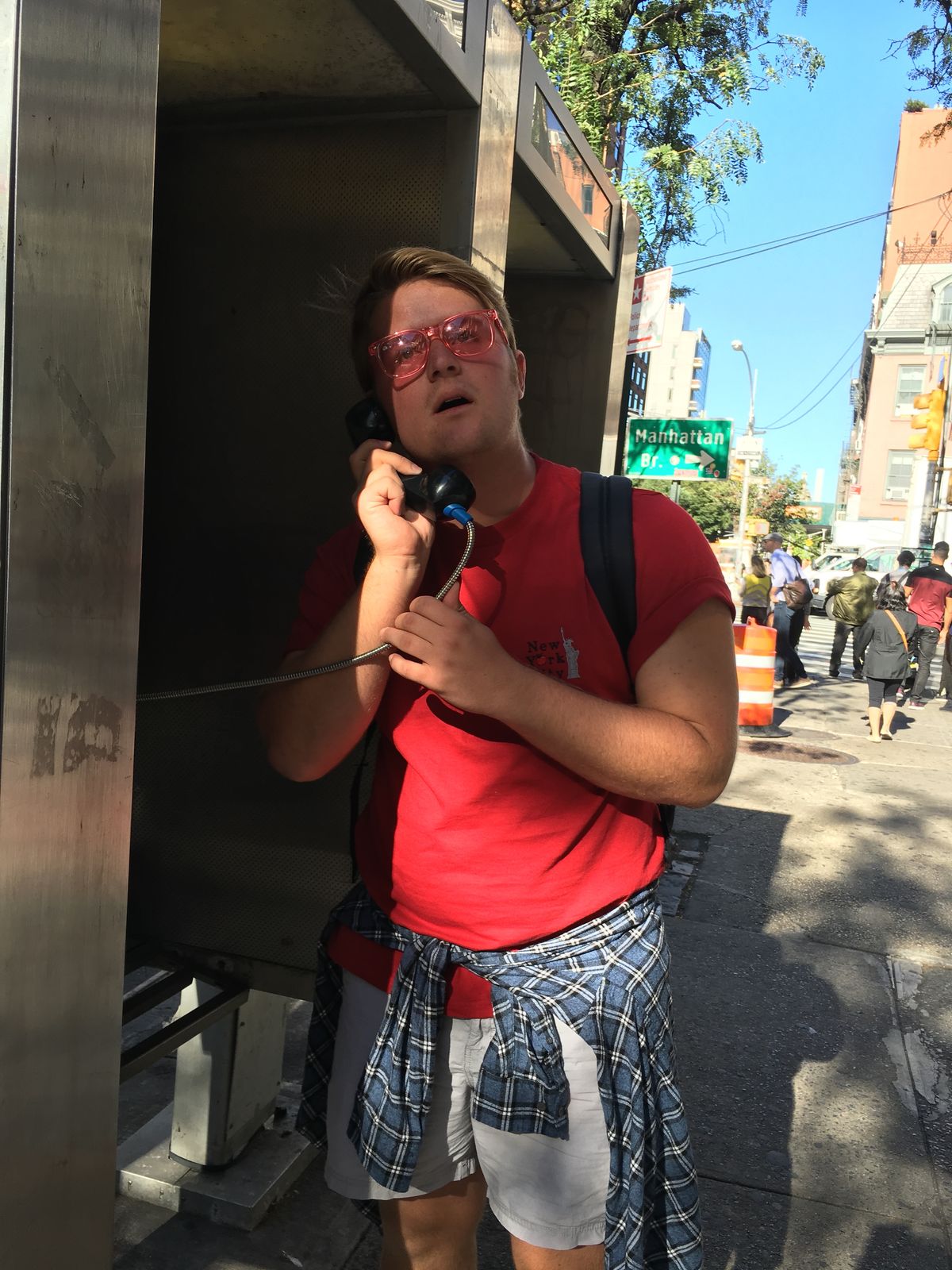 means a lot more to my friend and I than it probably should. Especially when

performed in a musical. But what was supposed to be an adventure for our

full days and one night we had afforded to us.

And the alarm was blaring its fire-alarm demands for us to wake up. It was still pitch black outside the windows, but the noises of New York City still crept their way through the walls of our room.

So, we planned on catching the 4 a.m. subway to LaGuardia Airport from Times Square.

Much easier said than done. And here’s why:

Qua and I debarked from Claire’s aunt’s house with hugs and sad goodbyes and hopeful, “Make sure you catch your flight in time.” Weighed down with our luggage and heavy hearts, we clambered onto the familiar neighborhood subway that would drop us off at Times Square.

Which it did after about 30 minutes of waiting at the station for it and then another 20 minutes passed before the doors opened onto Times Square.

But we—mainly me—overestimated the belief that subways must always be running in a city that prides itself on never sleeping. Because when the time suddenly presented itself to be 5:30 AM after we had been waiting underground for the purple line to brandish our subway worry began to set in.

Our flight left in two hours and you’re supposed to be at the airport in that time frame.

And when we looked at the subway app that we had not completely utilized in our 72 hours in the city, Qua remarked that our subway would not be picking us up until 6 a.m. and that it would only reach the airport by 7:20 a.m.

The subways were no longer our tickets out of here—despite the fact that we had reloaded our MetroCards for this occasion. And neither of us have Uber—her phone was a low 5% and my phone had to data available to download the app.

But this was New York. And I had an idea, but I didn’t how much it would work because of our early it was. But Claire’s aunt’s advice came to me: “You might be better off calling a taxi to the house and going to the airport with that.”

We quickly sprang from the underground and came out to the main attraction of Times Square: the blinding lights, the glaring billboards, all the shops with their lights on.

We needed a taxi. And we needed it fast.

Sprinting almost 3 blocks, we searched every street and avenue that we possibly could trying to find any yellow vehicle that could possibly help us out. I was already working through scenarios in my head of what I’d tell my mom if we were stranded in New York City (especially since I had not told her we were here in the first place): “Mom, you see what had happened was that the transportation of NYC is kind of tricky” or “So, we’re kind of stuck in New York City” or my favorite one “Mom, I’m really really sorry that I snuck away to New York without telling you, but now I’m scared and I do not know how we are going to get home anymore and please help us!”

I never actually called my mom. She would have probably ignored the call judging from how angry she was when she found out that I went to New York.

And there it was. Headlights and all speeding down the street. And right toward us, too.

I did what any normal New Yorker would do. Steeling my resolve, I walked into the street and situated myself in the path that it was heading down and wildly waved my arms.

This was our last chance so looking and actually being desperate enough to find any way out of this place was okay with me. I remembered what they did in F.R.I.E.N.D.S. and yelled, “Taxi!”

We climbed into the car and said to the driver, “LaGuardia Airport please!” And we were off. But not without any further delays because that was just our luck for this trip I guess.

The driver realized he was going the wrong way when we hit a spot of construction and quickly squealed the tires against the asphalt of the street. “You said LaGuardia, right?”

“Adam.” There was a slight quiver of fear in Qua’s voice as she showed me her phone screen.

But the driver must have been speeding because we arrived at the airport in almost twenty minutes. Unfortunately, we waited in the drop-off lane for about ten more minutes as the driver did not really know how to work with the payment system of his own car.

It was a 40 dollar cab ride overall, but he first charged each of us 200 dollars when we asked him to split the cost. And at first, he saw no problem when we tried to explain to him the error in that astronomical price. Slowly though, he corrected the system and thankfully, Qua paid for my share of the fare since I had run out of money.

And we were through the doors of the airport and waiting in the terminal for our flight and dealing with the realization that we had done it.

We had successfully pulled off a trip to a city larger than any that we were ordinarily accustomed to. We had embarked upon the best adventure of our lives and without any parents or older authority to help us along the way. We had paid for the trip ourselves and felt gratified by our conquest of the Empire State.

To our knowledge, no one else we knew at Oklahoma State University had done what we did and not going to lie, we kind of felt like celebrities for the days following our trip when we were barraged with questions about all that happened.

Now, next time—if there is one—I will make sure to tell my parents about any trip that I take without them. Or invite them. Whichever gets me out of trouble faster.

And I encourage all of you who read this: take a trip without planning for one. By this, I mean if you have the money, just go out and explore the world while you’re young and able. See what all it has to offer.

There was nothing quite like the feeling of landing on the tarmac in New York City and knowing there was an adventure waiting for me in the days to come. I know it sounds all idealistic to not plan for a trip in 3 or 6 months in advance or to have the money able to spend for one, but it is really worth it. I promise.

Thank you for reading about my adventure in New York City.