The Effects Of Incarceration On The Youth
Odyssey
CurrentlySwoonLifestyleHealth & WellnessStudent LifeContent InspirationEntertainmentPolitics and ActivismSportsAdulting
About usAdvertiseTermsPrivacyDMCAContact us
® 2023 ODYSSEY
Welcome back
Sign in to comment to your favorite stories, participate in your community and interact with your friends
or
LOG IN WITH FACEBOOK
No account? Create one
Start writing a post
Politics and Activism

The Effects Of Incarceration On The Youth

Incarcerating Proves To Cause Behavioral And Psychological Effects On Children. 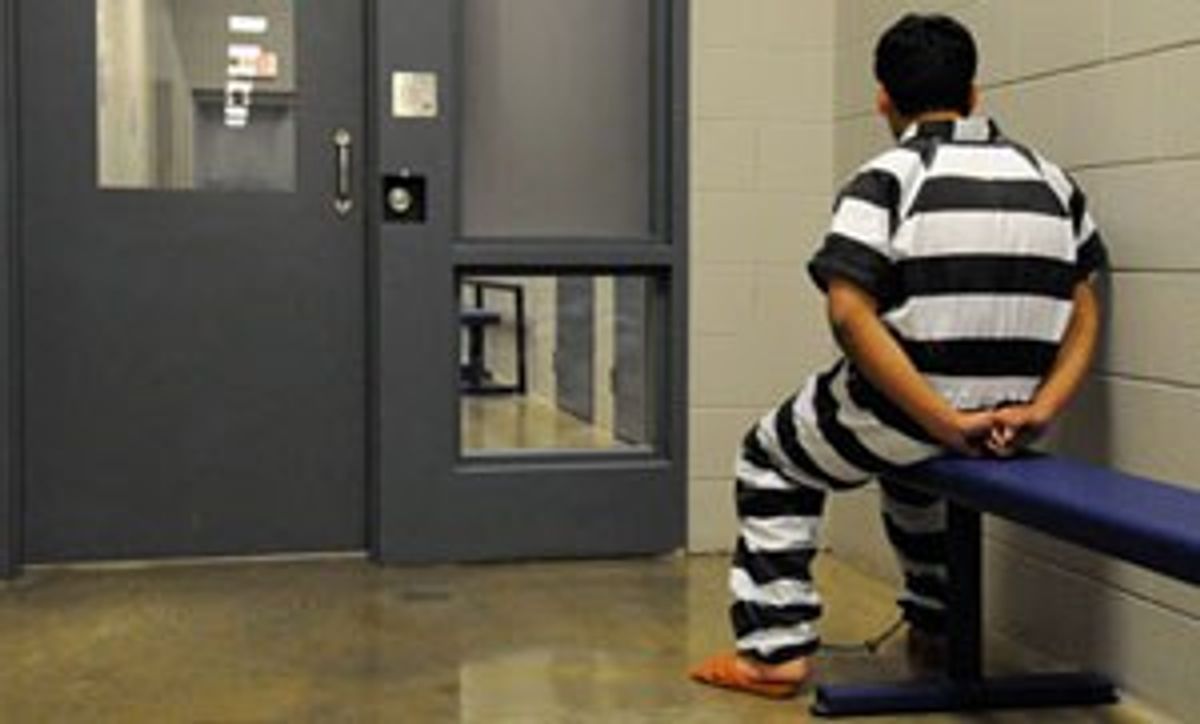 Ever since the beginning of civilizations to the development of countries and cities, there has been an idea of punishing those who have done wrong in society. In the year 1790, the first penitentiary was founded in Philadelphia, Pennsylvania. With the idea of creating penitentiaries, there was a strong emphasis on enforcing the law. Now in today’s society, the idea of incarceration is pretty simple. One commits a crime, and the judge determines the consequences. The judge determines how bad the crime was and then makes a decision. Judges usually offer rehabilitation or incarceration to those who commit crimes. Recently, research has shown that prisons are proven to cause psychological and behavioral effects too.

There have been many behavioral effects that have been caused by teenagers being behind bars. One example is the pursuit of education by juveniles. Incarcerating the youth has negative effects on many educational opportunities. In a research done in 2013, there was a study on 35,000 juveniles in Chicago, Illinois. The results of the study showed that “juvenile incarceration greatly increases the likelihood of both dropping out of high school and of incarceration as an adult” (Alex Usher). Dropping out of school is easily a behavioral result of prison because, in these juvenile detention centers, education is not a priority. The priority in these detention centers are to discipline these teenagers and make sure that they won’t commit the crime again. Also, incarcerated juveniles are 30 percent less likely complete high school.

According to Anna Aizer and Joseph Doyle, giving teenagers jail time serves to reduce their educational attainment and increases the probability of a return to jail. Reports “show that imprisonment during teenage years lead to interruptions during their capital accumulation, which further lead to reduce future wages and greater criminal activity.”(Becker 1968). This quote shows that when you get locked up as a teenager, it ceases your opportunities to get a bigger salary. And the probability of criminal activity is increased when you have a reduced salary. This makes sense because when you're locked up as a teenager you aren’t able to pursue jobs and your opportunities to get a job when you get out are also limited. Therefore, detention centers lead to bad grades, or no grades at all if they decide to drop out. Detention centers also lead to the return of juveniles in an actual penitentiary.

Alternatives have been introduced to combat these two behavioral effects. A lot of people argue that rehabilitation needs to be valued while making choices with these juveniles. Rehabilitation is the concept of curing an offender's tendencies while making them less likely to do crimes again in the future. Rehabilitation has also been in the interest of many people because it tends to not have too many psychological effects on teens such as detention centers do.

Juvenile detention centers also bring psychological effects to teenagers and young children. Information and research has shown that depression and anxiety are caused by being incarcerated. Psychological effects are usually overlooked by behavioral effects they aren’t visible. But the truth is that psychological effects are worse than behavioral effects because it is harder to treat them. The anxiety and depression are caused by fear and the inability to build relationships and have relationships. Nevertheless, the effects of incarceration proves that maybe imprisoning juveniles is not the best way to discipline them. It proves to decrease teens motivations to graduate and get a higher salary while also leaving kids depressed and becoming familiar with anxieties.