The Downward Spiral Of Matt Harvey 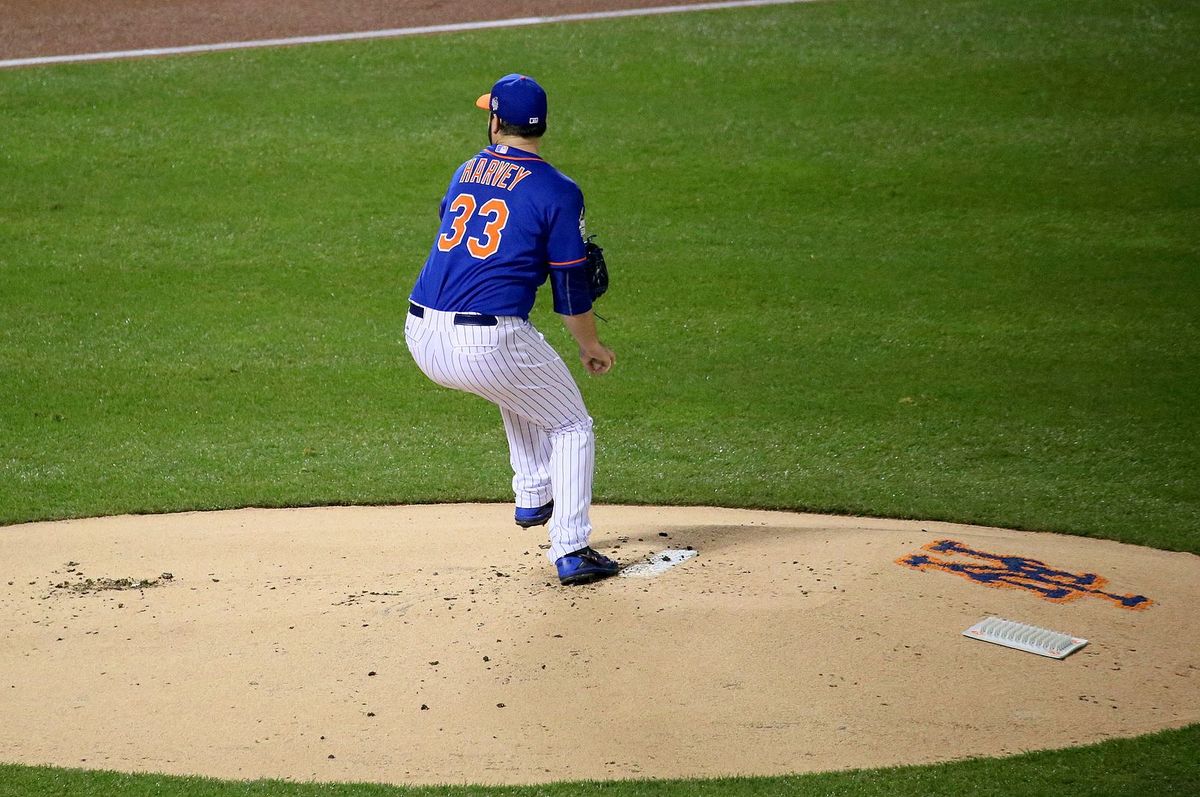 New York Mets pitcher Matt Harvey was on his way to becoming one of baseball’s most recognizable and well-known faces. In a way, he has still managed to stay within the spotlight in the bright lights of New York. However, that spotlight has proven to light up more negatives than positives lately.

Harvey was stripped of his starting role in the Mets’ rotation, receiving a demotion to the bullpen earlier in the week. He made his first appearance as a reliever this season on Tuesday night against the St. Louis Cardinals, with the game tied at 3 runs apiece, and his struggles continued. He squandered a run and gave the Cardinals the lead through two innings of work, but he avoided the loss and when the Mets offense bailed him out and completed the comeback win in extra innings.

Harvey is trying to take the demotion in stride. As a fierce competitor, he obviously wants to go out and prove he still has the chops to be a starter in the MLB. That said, over the last few seasons, he hasn’t been able to prove that he can be the staple of the team that he once was.

Back in 2013, Matt Harvey dazzled the baseball world with a 2.27 ERA, nearly 200 strikeouts and a 9-5 win/loss record for a Mets team that wasn’t close to competing. His season was cut short after he tore his UCL in his pitching elbow, but after undergoing surgery to repair the ligament, Mets fans had hope that he could be a foundational piece for the team.

When Harvey finally made it back to the mound in 2015, he had a spectacular year, earning 13 wins to go along with a 2.71 ERA and 188 strikeouts in just over 189 innings. Harvey looked like the pitcher Mets fans expected before he went under the knife, and Mets fans continued to rave about his success.

That season, the Mets went on a surprising run to the World Series in their first playoff appearance since 2006. In Game 5 of the series, with Harvey on the mound and the Mets leading entering the 9th inning, the pitcher plead with manager Terry Collins to stay in the game to finish the job. Collins was persuaded, and Harvey proceeded to give up a run on a walk and a double in a game the Mets eventually lost in extras, giving the Kansas City Royals the championship.

Since that night, Harvey has been a shell of himself. Not only has he struggled to pitch even close to the way he used to, but he also has found it difficult to remain healthy. In 2016, the following year after the Mets’ World Series appearance, Harvey struggled to the tune of a 4.86 ERA and managed only four wins in 17 starts. Opposing batters hit .302 against him. After dealing with mechanical struggles and shoulder pain, Harvey was diagnosed with thoracic outlet syndrome, in which nerves, arteries or veins are compressed from the lower neck to the armpit, and underwent surgery to solve the issue, preventing him from finishing the season.

The next season saw similar issues from Harvey, where he struggled to pitch well and stay healthy. Harvey spent a big chunk of the season on the disabled list after suffering from a stress injury in his scapula. That season, he saw his 2017 season ERA balloon to 6.70 and managed only 67 strikeouts in 92 innings, a huge difference from his successful 2015 season. The speed of his pitches also took center stage as a large dip in velocity created cause for concern.

Now in 2018, Harvey has continued to struggle in four starts and finds himself with an ERA just under six. Injuries and poor production forced Mets manager Mickey Callaway’s hand, and he moved him to the bullpen. Callaway is hoping that the recent move to the bullpen will help rejuvenate Harvey and get him back on track. After all of his struggles the last few years as a starter, the demotion seemed inevitable.

The Mets organization and its fans are hoping Harvey will get it together, and hopefully the move works in Harvey’s favor. Even if he can’t find his way back into the starting rotation, a role in the bullpen could serve Harvey well. He will face less batters and much fewer innings, and if he can manage to find some of the success he used to have, he could prove to be a useful piece once again.