The Double Standard Of Makeup
Odyssey

The Double Standard Of Makeup

When choice is an illusion, and you just can't win. 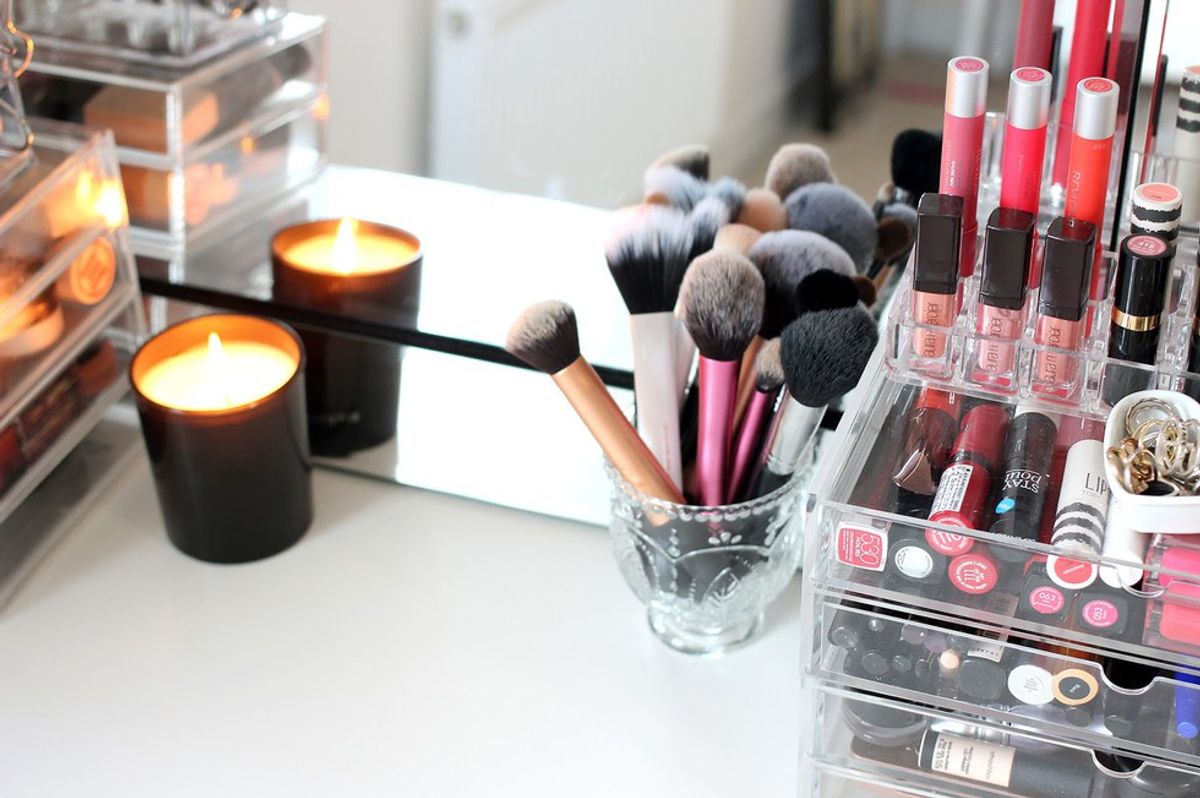 Our society has created an illusion of choice in terms of wearing makeup. While it seems like one could make this decision with no problem, double standards and certain expectations of gender presentation make it impossible to wear or not wear makeup without criticism. Based on their use of beauty products, women especially are deemed either vain or lazy. Meanwhile, the patriarchy’s enforcement of toxic masculinity scares many men away from wearing even the tiniest bit of concealer.

Many girls who love makeup know the struggle of hearing a crush, especially a boy, say that they prefer their partners looking “natural.” However, their version of natural is skewed; they still envision clear skin, bright eyes, and a dewy glow. They want perfection, just without winged liner, dark lipstick, and contour. These people who crow about preferring natural beauty don’t realize that what they actually like is the natural makeup look, which still requires a lot of product and application to achieve. It is very likely that these same people would criticize a girl with a genuinely bare face, and call her a slob.

Moreover, our society absolutely loves to shame femininity and bash on women for simply following the gender beauty standards it established. Women who wear makeup are often deemed vain, fake, and self-absorbed, as illustrated by the infamous “take her swimming on the first date” joke that many men like to say. The assumptions that women who love to wear a lot of makeup are narcissists who just want to seduce men is gross and untrue, and rooted in sexism. More often than not, women don’t wear makeup to impress men. After all, how many men actually care about the sharpness of winged eyeliner or the shininess of a highlighter when asking someone on a date? A lot of people in general probably don’t have these factors on their lists of dating deal-breakers either. Rather, many people wear makeup because of the artistic factor and the therapeutic application process. For me personally, I love makeup, but do not wear it to impress others. The only person I truly want to impress with my makeup is myself when I look into the mirror, because I am my own worst critic. If other people enjoy the end result of my beauty routine, then it’s just an added bonus, not the original intention.

In addition, why is it such a bad thing to want to impress others via makeup? There is nothing wrong with wanting to look nice, especially when going out or on a date, but it seems like women are the only ones who are shamed for it. I have never heard of men being criticized for dressing up and wanting to leave others in awe with their appearance. Plus, the reality is that when meeting, many people rely on appearances for a first-impression since it takes longer to get to know someone’s personality. If someone feels that they look better with makeup on, of course they’ll want to wear it so that they can leave others with a positive image of them. This can be blamed on the unrealistic beauty standards set by society and media, which are then used to judge others and form impressions based on their ability to meet these standards.

Ironically, even though femininity and beauty products are shamed and criticized, society still requires both from women if they want to be successful. A recent study concluded that professional women who wear makeup are perceived as more likable, competent, and trustworthy. Furthermore, another study in the U.K. found that 68 percent of bosses would not hire a woman who does not wear makeup. Also, 61 percent said that makeup, or a lack of, can affect a woman’s promotion prospects positively or negatively. Therefore, women are punished for making the choice to have a bare face. Plus, 64 percent of women in this study said they wear makeup to work every day while 98 percent said they would wear makeup to a job interview. A study from the University of Messina found that “good-looking” women had a 54 percent success rate at getting a second round of job interviews, while “unattractive” women had only a seven percent callback rate. Therefore, it makes sense that many women wear makeup for work purposes in order to suit professional beauty standards and ideals of attractiveness that are difficult to achieve naturally. Unfortunately, I have dermatillomania, which results in my face sometimes having small wounds and self-inflicted blemishes on my face. If I went to work or an interview without covering these marks up with makeup, people would automatically make the assumption that I’m dirty and don’t clean my skin, or if they could tell it was self-inflicted, they would judge me negatively based on mental illness stigma.

I love makeup, but there are times when I simply don’t feel like wearing it. However, I have noticed that people tend to treat me differently when I don’t wear it in comparison to when I do. For example, when my parents were having a Superbowl party at the house, I had come home from campus just to do laundry and work on some writing in my room. I wasn’t there to socialize too much or have fun, but to just do some errands, so I dressed very casually and wore no makeup. The people there, who had previously only seen me with makeup, either ignored me, asked if I was feeling well, or seemed unnerved by my bare face. The warmth and compliments I would usually receive were not present. Even though I was tired, busy, and had no desire to slather my face with beauty products that day, interacting with people made me feel ugly and inadequate; I wasn’t up to their standards. It’s no wonder that there are women who feel obligated to wear makeup in order to feel liked and respected. On that day, I realized just how strong the makeup double standard is, because if I’m not being criticized for wearing “too much,” then I’m being judged for not wearing enough. We just can’t win.

Makeup is also very gendered as well. While there are men, like Patrick Starr and Manny Gutierrez, who defy gender roles by being YouTube beauty gurus and working with makeup, for the most part men, particularly straight and cisgender men, don’t go within five feet of a beauty product beyond hair gel and moisturizer. Many men don’t wear, or want to reveal that they wear, even the tiniest bit of concealer just for some blemishes. The patriarchy creates a standard of toxic masculinity that deems anything remotely feminine to be inferior, and that includes makeup. Men who do wear makeup are often deemed emo, alternative, or gay, with all three intended as insults by the criticizer. Because of the rampant homophobia established by toxic masculinity, many men are terrified of being called “gay,” and because homophobes link femininity and makeup to male queerness, men often don’t go near makeup. It’s a brutal system meant to enforce certain power structures and gender roles within our society.

The point I wanted to make is that with makeup, we really only have an illusion of choice, because no matter what decision we make, society punishes us in one form or another. Even if you only wear makeup for yourself, for artistic purposes, you’ll be deemed self-obsessed and insecure. However, if you do not wear makeup, people will judge you for being a “slob” and your professional success is negatively impacted. And for men, makeup is often seen as a feminine evil that will diminish their masculinity, even if they just want to put on a bit of concealer. What is to blame for this illusion of choice? The usual culprits: patriarchal beauty standards and gender roles.