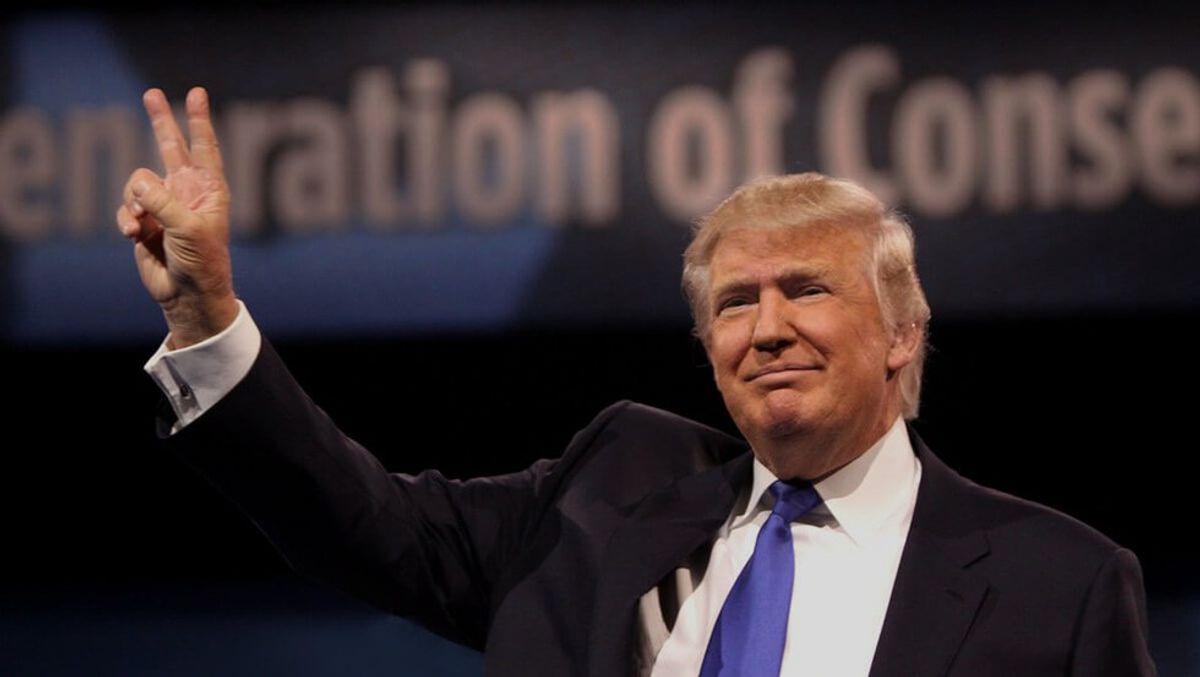 This year's election cycle has been nothing short of insanity. We started off with enough GOP candidates to field a football team while the Democrats started with only 3. Soon the sides dwindled down to two candidates each. The Zodiac Killer, the reality show star for the Republicans, a woman, and a democratic socialist for the Democrats.

But here we are, with the presumptive nominees for both major parties having been decided, it is time to get serious. This is the first installment in a 4 part series that looks at the 4 largest parties' candidates; Trump for the GOP, Clinton for the Democrats, Gary Johnson for the Libertarians and Dr. Jill Stein for the Green Party. While politics can get tricky and complicated, I hope to provide a brief summary of what sets these candidates apart. In the spirit of being objective, I will start each piece with my subjective take and will end with a basic rundown of what their policies really are. Without further ado, here is my take on Donald J. Trump

There is a lot more to Trump’s positions once you cut through all of the racial rhetoric and bullsh*t. I, the Bernie Sander supporting, bleeding heart liberal have to admit that Trump makes some good points. While I do not agree with a lot of what he says, he is not as insane as some people make him out to be.

Please do not take that as an endorsement. I cannot stand The Donald. I am admittedly a pacifist, but I am not alone in arguing that we do not need to increase military spending, nor do we need to put more boots on the ground when it comes to the Middle East. The last thing we need to do is get stuck in a war we have no business being in simply because we rushed in, overthrew yet another regime and are forced to keep boots on the ground because we created another vacuum of power. While I am obviously opposed to war on principle, I do feel that foreign policy needs to be reevaluated. We cannot just go in guns blazing anymore. Any foreign policy must involve some sort of economic sanctions as well.

Socially, Trump and I are very different, but my critiques of him are the same as my critiques of the Republican party as of late: you cannot claim to prefer small government and keep trying to have the government involved in social issues. While religious, I am not comfortable using my religion to push for laws based on Judeo-Christian morals that not everyone may hold. Just because The Bible says not to do something does not mean that a majority of Americans will agree. Take marriage equality for example.

While I do not necessarily like a lot of his points, I understand where Trump is coming from. Many people agree with him that border security is something that needs to be addressed and they feel that a wall would be the best solution. I do not agree, but to each their own. Additionally, I understand the thought that we should drug test those on welfare. On paper it seems like a no-brainer, but studies have been done that show that states who initiated a drug testing policy actually spent more on drug testing than they saved by not giving welfare to those who used the drugs. Basically it turned out that not as many people on welfare use drugs as we thought.

So, in short, I don’t hate Trump as much as some who know me might think. I cannot blame the man for saying what people want to hear. It all makes sense, but that does not make his policies the best thing for America in my opinion. We need a president who can look back on our mistakes over the past decade and a half and realize that we do in fact need to curtail government spending. We need someone who can see that our involvement in the Middle East has played at least a large part in the creation of ISIS and the issues we find ourselves in. Trump and his supporters are emotional people, and I cannot fault them for that. I can, however, say that perhaps policies driven by emotion are not in our nation’s best interest. Maybe, just maybe, Trump’s way is not the best plan to “Make America Great Again”

Here is a basic rundown of The Donald’s policy points. All information is paraphrased from ISideWith.com where you can also take a quiz to see which candidate you most agree with.

Domestic Policy: Trump opposes any more restrictions on the current process of purchasing a gun. Additionally, he is opposed to decriminalizing drug use. Trump also supports fighting terrorism. He supports the National Security Agency’s collection of metadata (such as numbers called, time stamps of the calls and call duration) as a necessity for the US to track terrorists. He also proposed increased police surveillance and patrols of Muslim neighborhoods until the frequency of terrorist attacks by Muslim extremists goes down. Trump supports the Patriot Act, opposes Net Neutrality and opposes affirmative action programs.

Healthcare: Trump believes the government should not be involved in healthcare and opposes Obamacare. While he is against the legalized recreational use of drugs, he is not opposed to legalizing marijuana for medical purposes. Trump, however, does not believe parents should be required to vaccinate their kids for preventable diseases.

Social Issues: Trump is Pro-life, but willing to allow abortion in cases of rape, incest or danger to the mother or child. He also believes the government should continue to fund Planned Parenthood, as long as the funding is not used to provide abortion. Trump opposes marriage equality, citing his belief that marriage should be defined as between a man and a woman. Additionally, he supports businesses’ right to deny service to a customer based on their religious beliefs. Trump is opposed to displaying the Confederate flag on government property and is also opposed to women serving in the military in combat roles. Trump supports the death penalty.

Immigration Issues: Trump has made it very clear that all illegal immigrants should be deported and as a result should not receive any benefits given to citizens such as in-state tuition for colleges and government subsidized healthcare. Trump is vehemently opposed to even allowing illegal immigrants to work and goes a step further to say that we should decrease the number of temporary work visas given to high-skilled immigrant workers.

Education: Trump opposes Common Core national standards because he believes education should be handled at the local and state level. Additionally, he opposes any kind of tax on the rich in order to reduce interest rates for student loans.

Economic Issues: Trump is in favor of raising the minimum wage, although not to $15 like some people are arguing. Trump also supports cutting corporate income taxes and government public spending in order to reduce the national debt. He also would favor an increase in sales tax in order to reduce property taxes.

Foreign Policy Issues: Trump supports increasing military spending and should send in ground troops after officially declaring war on ISIS. Additionally he believes waterboarding and torture should be reinstated in order to gain terrorist intel. Additionally, he supports drone strikes on enemies and supports any effective means to combat those wanting to harm the US.

Environmental Issues: Trump is opposed to increasing regulations to prevent global warming, because he believes it is a natural occurrence and has only been hyped up because the Chinese are trying to take manufacturing jobs from the US. Additionally, Trump believes in expanding offshore drilling operations and fracking to extract oil and natural gas. Trump opposes government subsidies to wind power industries because he believes the government should not support unproven technologies.

Criminal Issues: Trump believes felons should not have the right to vote and that the use of solitary confinement should not be banned, even in the case of juveniles.