The Day I Realized...
Odyssey

The Day I Realized... 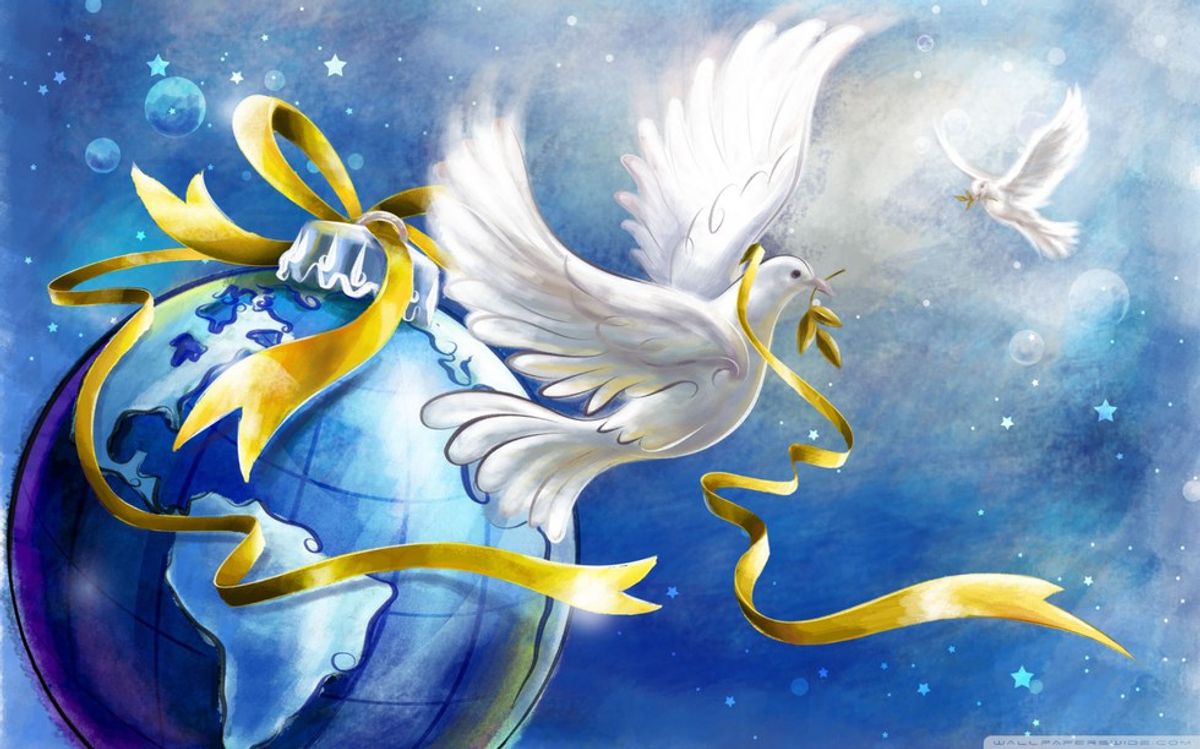 This is based on a true story of one my good friends.

I remember the day when 9/11 happened. I remember like it was yesterday when I witnessed my very first “attack.”

I was 11 years old and my whole class, including my teachers, were having a wonderful time outside. My friends and I were watching the caterpillars and wondering how they became butterflies, how something that looked so weird and was crawling would turn into something so beautiful and be free. We all were having a great time. It was a beautiful morning and the birds were chirping and we all were happy. I cannot say if it was one of the best moments of my life, but it sure was one of them -- well, for awhile. As I was approaching one of my teachers to show the caterpillar I had on my hand, the other teacher beat me to her. I saw her gesturing towards the school or something. She was panting. She was scared, nervous. I had no idea what was going on, but whatever the teacher told my other teacher, it freaked her out as well. I saw them take a deep breathe in and out. Then they approached us and told us in the calmest way they could to get in line. We did.

The weird thing was we didn't take our time to get in line as we usually do; this time, they made us get in a quick line. They made me the line leader and grabbed any of the students that they could spot. I kept looking around and observed them along with my peers. Within a few seconds, one of my teachers grabbed my hand and made us run into our classrooms while the other one was in the back pushing us to move forward.

As we entered the building, I noticed how insane the faculty and staff looked. They had worrisome looks on their faces. That made us scared, but I saw them trying to smile.

When we entered the classroom, the teachers made us sit on the carpet and said we were going to watch "Aladdin", which made me really happy as it was one of my favorite movies of all time. While we were watching the movie, I looked back to see what the teachers were doing, and they were watching something on their computers. I saw one teacher walk in crying and another calming her down. I was scared. They then came to us, telling us that we all were going home early today because it was going to rain really hard.We were watching "Aladdin" and going home early; it was the best day ever. About an hour later, parents started pouring in to pick us up.

I was wondering where my parents were because I was one of the five students left in class and we were almost done with the movie. I think my dad came after it was over. He also seemed tense, worried. He was sweating and panting really hard. He apologized to my teachers for coming late, grabbed my belongings and picked me up.

“I’m so sorry, dear, I am so sorry for being late,” he said as he kissed my forehead. I wrapped my arms around his neck and said it was okay and that I wanted to leave.

One the best days of my life turned into a nightmare.

When we got out of the school, people on the streets were going crazy. There were people running, crying, yelling, screaming and so much more. My father told me to keep my head down and not to put it up no matter what, and I obeyed. Even though I couldn’t see anything, I could hear it and it was scaring me so much that I started to cry. My dad had to stop and give me a little talk.

“Sweetie, it's going to be okay, I'm here. Now put your head down and think about good things, okay?” I nodded my head and he carried me again.

I was trying to think about the good things that happened today. How I got to school around 7:20 AM, went outside around 8:30 AM and then went inside to watch Aladdin and left early, but that all lead me back to thinking about why there were crazy people outside, including my father.

I couldn't take it anymore and looked up. I was shocked. I saw a huge black cloud above our heads, people screaming, running, pushing people but yet helping them and it was just too much. I was crying again.

My dad finally found a taxi and asked him to take us to our house. The taxi driver looked at my father and said, "Hold on tight."

Next thing we knew, some white man got in the same taxi and started yelling at my dad and the driver. He was calling us terrorists and saying bad things and my dad was telling him to stop, and it was so chaotic. The driver told the white man to stop and pressed the gas pedal so hard we went flying.

I was freaking out and so were my dad and the driver. I could still hear the man saying bad things and my dad kept telling me everything was going to be all right.

When we got home my mom, two older brothers, aunt and uncle were so glad that we came home safely. They were talking about how crazy things were getting -- at least two people had gone up to them and told them it was their fault that this attack happened. I was confused. What did we do?

My oldest brother took me upstairs and told me to freshen up so we were could have pop-tarts and watch any movie that I liked. We did. But even though I was having a wonderful time, for a girl at such a young age to think we did something bad made me feel eager to know what happened. I went downstairs and saw a lot of people watching the TV. I couldn't resist anymore and noticed the announcer on TV saying that the two tallest buildings in my country were attacked and many people died. My parents told me to go away and I did.

It's been 15 years since the attack, but it has not left my soul yet. I was a part of history. I cannot believe I witnessed racism and attacks at such a young age, and to even think about those little ones who were half my age. That day I realized how scary people can be, but yet how sweet. I realized that there are bad and good people everywhere you go, that you just have to be careful and love everyone that is dear to you.

That day, I realized that my best friend lost her father in one of the buildings. That day, I witnessed racism and xenophobia because of the color of my skin, despite my religion.