'The Courier' brings a historical spy tale to life

'The Courier' brings a historical spy tale to life 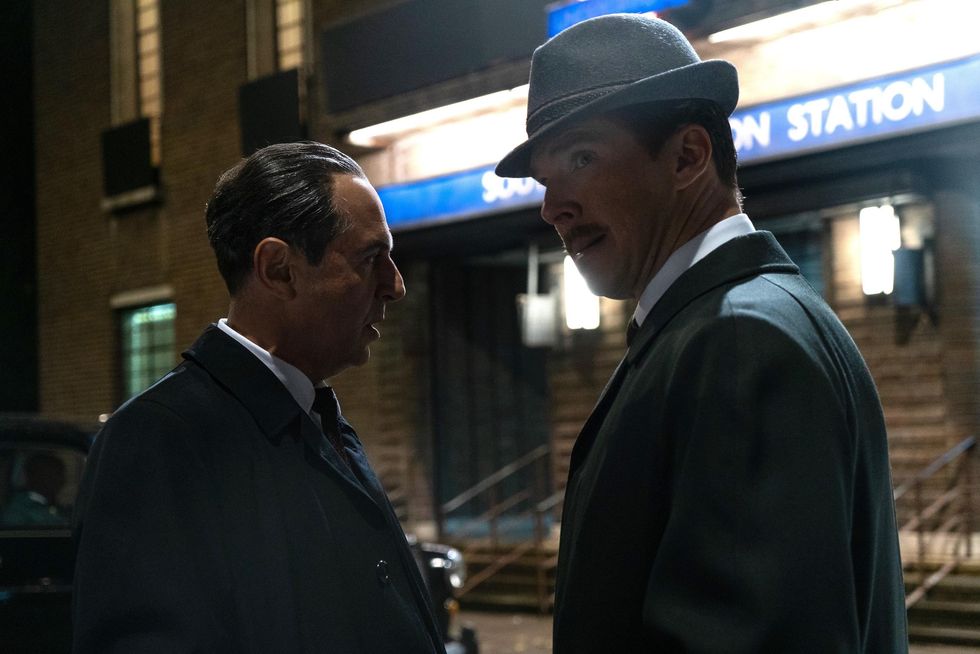 Since "The Courier" premiered at Sundance Film Festival in January 2020, the film created buzz from critics under its original title "Ironbark." And guaranteed, it's truly a must-see.

A clever and unassuming British businessman named Greville Wynne (Benedict Cumberbatch) is pulled into being a liaison between CIA operative Emily Donovan (Rachel Brosnahan) and Soviet officer Oleg Penkovsky (Merab Ninidze). In this spy thriller based on a true story in the 1960's, the covert team tries to prevent a nuclear war and defuse the Cuban Missile Crisis.

According to the production notes, scriptwriter Tom O'Connor pored over history books about Russian and American espionage which often mentioned Wynne and Penkovsky's relationship in fragments. Not all of their mission details are on-the-record despite grabbing information from various resources, so it's unlikely that the movie matches up 100 percent with the real history.

But that doesn't take away from director Dominic Cooke's mesmerizing thriller.

The ensemble cast is fantastic with their attention to detail in nuanced acting, from minor uncomfortable facial expressions to clenched hands. Each actor wonderfully reveals a new layer to their character each time they're on screen. When characters like Brosnahan's focused CIA operative and her blunt British associate Dickie Franks (Angus Wright) have scenes together, there's always more to them than meets the eye.

The same is especially true for Cumberbatch and Ninidze, whose character relationship is the key to making this film so interesting. The audience badly wants to see Wynne and Penkovsky succeed, which is thanks to these actors who make both characters likable in their strength, moral compass and humor. And Cumberbatch creates an equally rocky yet believable relationship with Jessie Buckley's character, Wynne's wife Sheila.

The production design and cinematography are beautiful to watch unfold, and it's again a sign of the creators' notable details. In one scene, a room is suspended in the air with rods and beams to prevent someone from bugging their private spaces, a nod to the lack of trust between American and Soviet Russians during this time period.

The only thing that would've improved this movie is giving the middle of the film a face lift. There are times when the story comes to a lull, but then it picks up again within a couple of scenes.

And honestly, it would've been nice to see the original title, "Ironbark," stay. It's original, considering there's another "The Courier" from 2019. But it's understandable considering the film focuses primarily on Wynne's point of view, and Ironbark is Penkovsky's code name.

Having mentioned these minor blips "The Courier" not only deserves everyone's time and attention – it commands it.