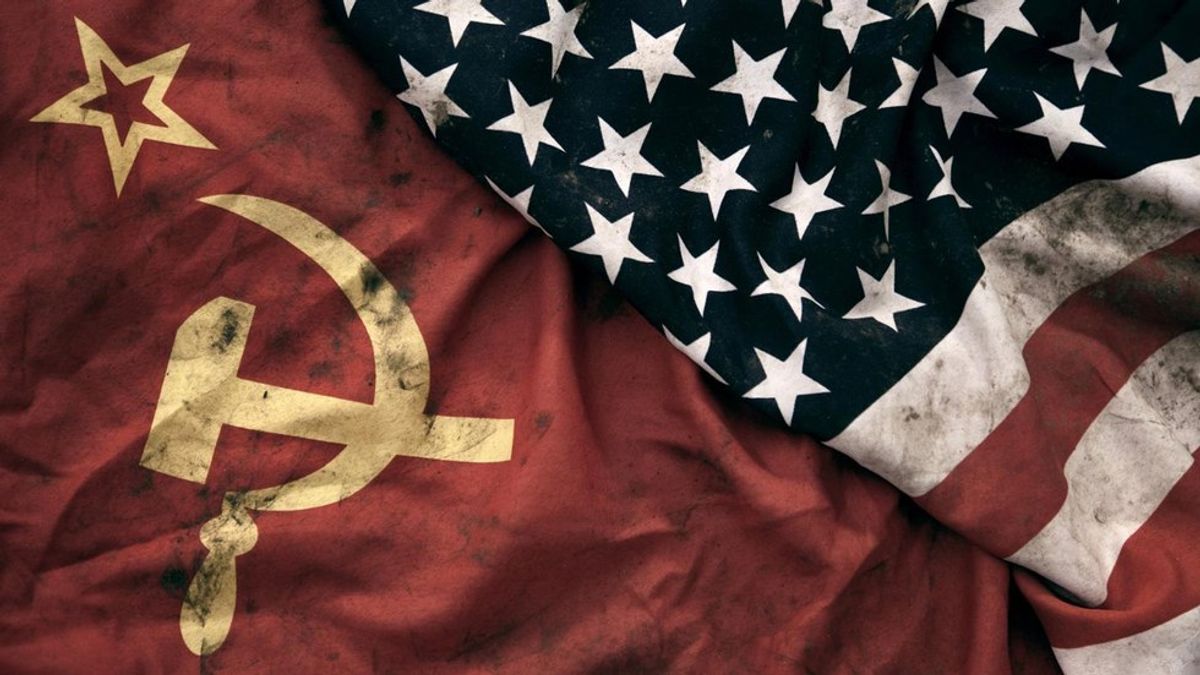 As of right now, there is a lot more than Santa’s toy factory up at the North Pole. The Arctic holds 22 percent of undiscovered oil and gas reserves, which is more than Saudi Arabia, one of the most oil-rich countries in the world. In order to reach those resources first, Moscow is currently attempting to expand its military control over half a million square miles of the arctic.

The United States must be wary. Russia’s looming presence may be more dangerous than we think.

This military expansion presents a strong medium for a new arms race.

Although recently elected president Donald J. Trump repeatedly suggested clearing up relations with Russia, their rising military expansion and power presents a clear threat for an arms race in the midst of post Cold War culture.

The uncertainties of the Cold War still linger in today’s society through the tensions between the United States and Russia over issues such as the annexation of Crimea.

Russia’s recent moves in the Arctic have closely resembled the takeover of Crimea in 2014. This has been one of the main causes of tension between Russia and the West since the Cold War. Crimea had for long been part of Ukraine, yet Russia annexed it anyways through military occupation and disregard for international dissent. The Kremlin’s disinterest for international diplomatic boundaries in Crimea is cause for concern. Now, they are doing the same in the Arctic. Though the United States appears to not be interested in competing for the Arctic’s valuable resources, Defense Secretary Mattis points out that it is “not to our advantage to leave any part of the world to others.”

By expanding their reach into Crimea, Russia proved its military capability. While the rest of the world is focusing on other issues, such as ISIS and Donald Trump’s most recent executive orders, Russia is making their way north into unclaimed territory. This is the country’s largest military buildup since the fall of the Soviet Union. The international community is so concerned with other issues that it has become blind to Russia’s strategic expansion. Before we know it, the Russians will have already placed their military over much of the Arctic. This might create a race for resources with powerful competitors, such as the United States: a great military presence in the north. The way the Russians approached the invasion of Crimea is very similar to the way they are now creeping north. If it happened once, it can happen again. Russia has the ability to set off an arms race with a potential nuclear threat.

This begs the question, will history repeat itself?

Russian expansion into the north is both a political and financial threat. The Arctic is not easily accessible, so the Russians are currently in the process of building nuclear icebreakers (including the world’s largest) to create channels for easy access to resources. Russia’s possession of nuclear power is what made it such a great threat in the Cold War. Although the United States military is known for being the largest and most effective in the world, no country other than Russia has a fleet of nuclear icebreakers. Not even the United States themselves. Russia is slowly building its nuclear military power. Soon, there is a possibility that they could surpass the United States as the most powerful military in the world.

But their military is not the only issue. You might ask, who cares if Russia takes over the Arctic? There’s nothing there anyways. Here’s why it matters. If Russians colonize the North, and take advantage of its natural resources, they will have the potential to become a major economic player with complete control over the oil and gas industry. And once the Middle East runs dry, because natural resources are not infinite, the United States and other extremely powerful countries will be forced to rely on Russia for oil and gas. Once that happens, Russia might be able to control major domestic and international political decisions in countries such as the United States.

It appears that Santa’s factories are being replaced by Russian military bases. If the international community fails to act quickly, the Kremlin might soon have a monopoly over the oil and gas industry. World superpowers may not currently be concerned with Russia’s expansion project, but the future may hold unpleasant surprises.