'The Marvelous Mrs. Maisel' Is A Brilliant Mix Of Feminism And Comedy

"The Marvelous Mrs. Maisel" tells the unique story of a house wife who tries her hand at comedy, and stands up for feminism. 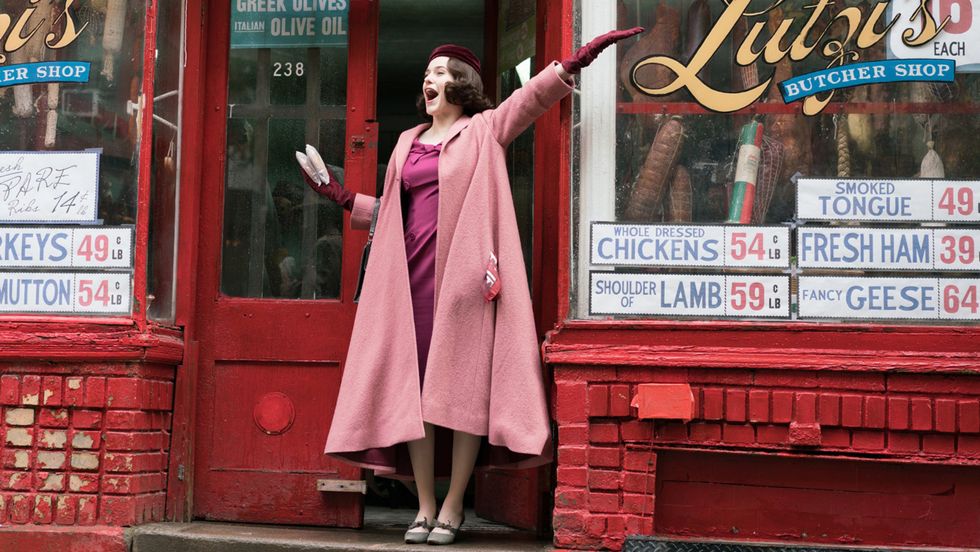 I do not watch shows on Amazon Prime Video a lot, but a show was recently recommended to me by my dad. That show, called "The Marvelous Mrs. Maisel," is my new favorite show that delivers comedy and feminism wrapped up in one package.

Written by the same woman who wrote "The Gilmore Girls," Amy Sherman Palladino, "The Marvelous Mrs. Maisel" serves just as witty and charming script as did "The Gilmore Girls." The plot follows Miriam 'Midge' Maisel (Rachel Brosnahan), a house wife whose husband, Joel, recently just left her for his secretary that he had been seeing for awhile.

Midge, who had been helping Joel with his side career of becoming a comedian at The Gaslight Cafe, gets drunk after he leaves her and wanders down to the cafe to retrieve her dish she made brisket in to get him a time slot that evening. She gets up on stage and performs a hilarious show, without even remembering that she flashes the audience. Midge gets arrested and thrown in jail for the night, only to be bailed out by the abrasive Susie Myerson (Alex Borstein), who works at the cafe.

From there, a friendship/business partnership emerges between the two, and Susie thinks that Midge has a real shot at being a comedian, and wants to help her develop a set and perform at different places. Meanwhile Midge is dealing with the fact that people responded so well to her obscenity and rawness, and her parents' reaction to Joel leaving.

She ends up moving in with her parents, and even getting a job while she tries her hand at being a comedian. Through all of this, Midge charms a lot of people with her funny personality. She even tries to get a job as an elevator assistant, but is turned down because she is a woman, and that job is typically for men. I thought it was amazing that she even tried, considering the show takes place in the late 1950s New York City, and women were expected to be housewives.

Midge settles for a job at the make up counter, which proves to be a great fit for her. She entertains the women she works with, especially at parties. Midge lives a double life, hiding her comedy from her parents. Her parents are off and on with approval of her, and tend to be very nosey and condescending.

What really got me hooked into this show is the fact that Midge has a complete change in person during the show. She goes from typical housewife that made sure she looked pretty, which meant she went to bed in a full face of make up, then woke up in the middle of the night to wash her face, then wakes up so much earlier than Joel to put a full face of make up on again.

As she finds her new self through comedy, and does not worry about pleasing men. Instead, she calls them out through her comedy. The entire season kept me laughing from start to finish, and I cannot wait for season 2, which is supposed to air in November.