The Advantages Of Studying Communications

The Advantages Of Studying Communications

We may not be doctors, lawyers or scientists but we still make a difference. 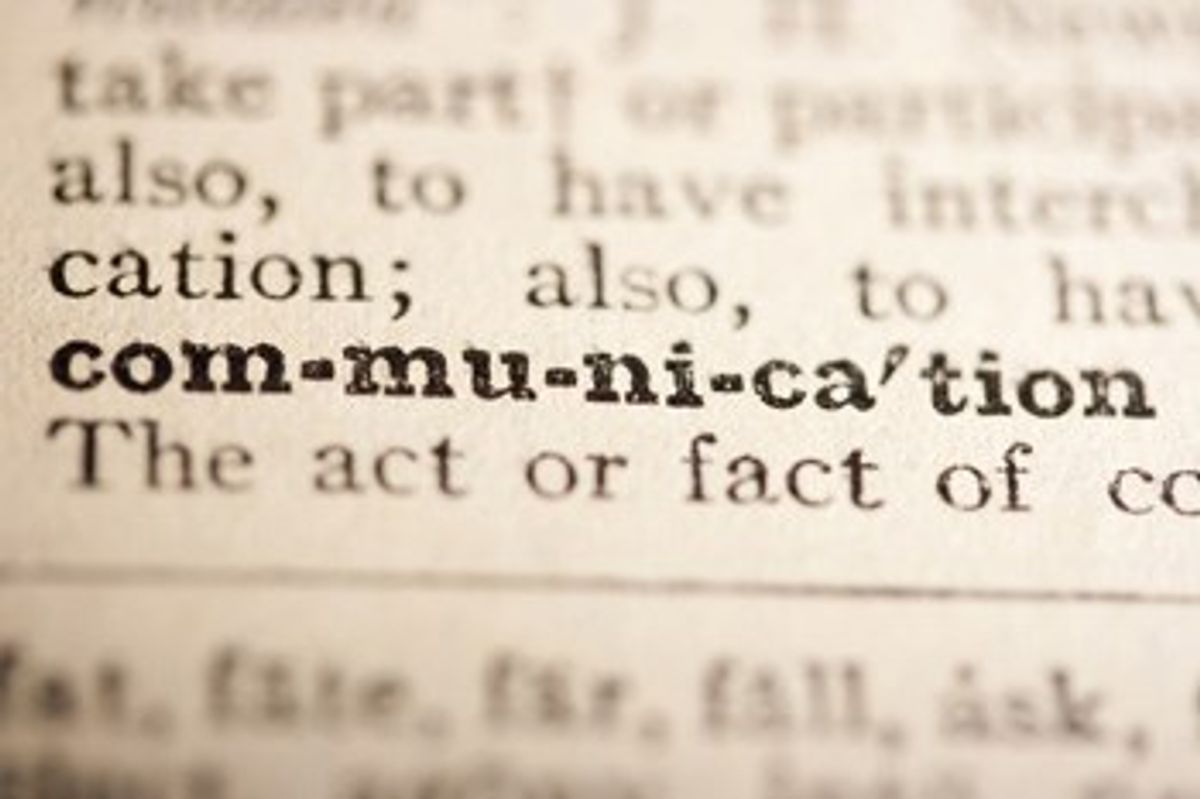 There are many advantages and disadvantages to every major in college. Naturally, you are more aware of things that pertain to your specific studies. If you're medically inclined, you'll have a better understanding in anatomy, but may lack skills in finance for a perfect example. Today with the number of changes that have taken place with the technological advances, hundreds of careers have changed due to the ability to get things done faster and more accurate. Careers are thriving due to all of the advantages we have, here are my advantages on my major of communications.

A communications major to many is simply a career that involves some type of talking, when in reality, it’s a lot more than that. Communications can lead to careers such as public relations, teaching, business, radio, television and even film. What any communications major can rely on is the skills they developed during their undergraduate career. There are many advantages to communications and the biggest ones include, knowledge of social media and development of skills in communicating in multiple ways.

Communication majors are always trying to find new ways to communicate. Social media is now a part of everyone’s culture, from personal to business life, social media is now something that is constantly being updated, every second of our day. Communication majors utilize this in order to show their work to everyone that they communicate with or with the organization they work for.

The biggest example of this would be with the recent fight between Apple and the FBI. Apple recently released a statement in regards to exactly what they were fighting for and it took the world of social media by storm, as the statement was shared and retweeted thousands of times as a result. Communication majors are using their knowledge of social media as a skill to put on their resume because it is now the easiest and cheapest way for corporations to get information out to the general public, quickly and efficiently.

Communication majors are also good at being able to communicate in multiple ways. We have to be able to adapt to our environment, to know when we need to be professional or simply business casual. Just our body language toward others can be a difference in a problem being resolved. Take for example the recent multiple reports about Steph Curry joining Under Armour instead of Nike due to Nike’s presentation to Steph. The reports state that they pronounced his name wrong and the presentations had other athlete’s names on them instead of his. The Nike presentation communicated to Steph that he would not be Nike’s top priority. Now Steph Curry is undoubtedly the NBA’s most famous player and his work with Under Armour is now taking the shoe world by storm as a result.

Communication majors are able to blueprint ways to solve problems—we are taught to find ways to get all the solutions we are given to solve a overall problem. For the Nike presentation for example, the blueprint would to be show why Nike wants to invest in Steph Curry as the future of their brand, despite them sponsoring the likes of LeBron James, Kevin Durant and Aaron Rodgers as well. They would showcase how Steph isn’t just an addition to Nike, but instead, he is the future of Nike.

Communication majors have the ability to go into multiple outlets with their multiple talents. While we may not be the best when it comes to figuring out how to cure cancer or how to create a program to stop computer hackers, we still know how to fix problems and how to analyze situations in order to ensure the best outcome possible.