The big loss & this time it was not concerning the Lions 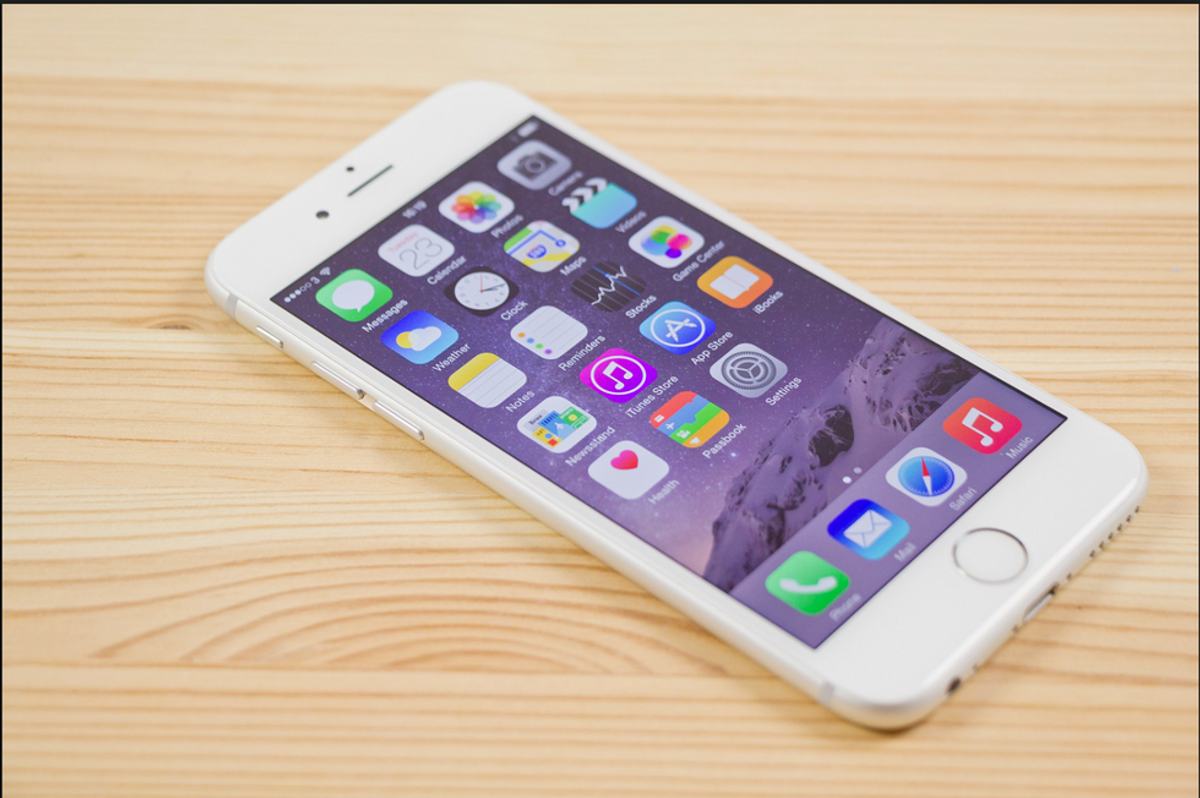 Over the weekend, my diehard Lions fan of a boyfriend talked me into going to the Lions vs. Los Angeles Rams game with him at Ford Field. Although I do not consider myself a Lions fan, it is hard to pass up tickets while only living a few miles away. After a few hours of his constant nagging, I decided to just go along with it; I figured a few hours of football was better than a few hours of homework.

We woke up on Sunday, ate some breakfast, called an Uber and headed to the field. The game was a blast until the fourth quarter's “Dance for a T-shirt” hit our section. I, never passing up anything free, stood up and danced for a solid 30 seconds and made a complete fool of myself. After being featured on the Jumbotron, I saw something flying in the air towards me.

Could it be? Could this be the moment that I have been waiting for my whole life? The moment in which I finally catch a flying prize at a game? I WANT IT.

At this point in time, my beast mode turned on and I was ready to knock down anything that came in the way of that flying t-shirt and me. Just as I reached my hands up to snag my prize, I got blinded by the lights (no pun intended) and lost focus of the prize.

WHERE WAS IT? Did drunk number one guy behind me pick it up?

I looked beneath the seats, at the group of drunken frat boys behind me, at the floor in front of me, everywhere. Finally, I saw the Honolulu blue shirt lying on the floor; two rows behind me like some sort of golden prize that was waiting for my arrival.

I dove over the seats with no grace whatsoever, and landed right on my knees only one row up. Once I looked down and checked for any rips or tears in my Lululemon yoga pants, I winded up and went for another “graceful” dive and snagged it.

The shirt was mine! I had finally received something for my spectacular dancing, and I had never felt more joy. When I went to grab my phone to document my victory on Snapchat, I realized it was gone.

Did it fly out during my one-minute adventure of grabbing the Honolulu blue t-shirt? Did someone steal it? Did I leave it in a cup holder again and forget about it?

After sitting there for five minutes and slowly convincing myself that it was either stolen or lost during my last bathroom trip, I decided to go down to guest services and ask if anything had been turned in. There was no possible way that it could be in the seats because I personally made everyone near me pause their viewing of the game and look for my phone.

Now, I thought that after snagging my victory shirt, I HAD to have been on my side that day. Sadly, I was wrong and there was no phone that had been turned in. I checked on 'Find my iPhone' and my phone was STILL in the building, somewhere in the end-zone I was sitting in. Knowing it was still there, I continued to check with guest services for the remainder of the game, but was eventually told to fill out a lost or stolen item report and wait for their phone call.

Angry with myself and the absence of my phone, I decided to just leave.

Now, anyone who knows me knows that I do not wait. I am 21 years old and I STILL wake up on Christmas morning to open presents as early as possible. Waiting rooms? Screw it, you might as well put me in a mental institution.

As I continuously checked 'Find my iPhone,' I could still see that it was still at Ford Field; this angered me even more, because I knew where it was, but I just could not get my hands on it! Although is was frustrating knowing it was still there, I somehow was OK with it simply because I knew it was safe.

As a millennial, I am extremely proud of myself for keeping my composure throughout the travesty of losing my phone. When I had to contact someone, I emailed him or her like they would do in the olden days. And when I had to call someone, I made some friends on the streets by asking them if I could use their phone.

Finally, on Tuesday after I lost my phone, I headed back to my home in Lansing to activate my old iPhone 5s.

Back to the Stone Age I went.

As I called Ford Field every three hours, I started to lose hope in ever finding my phone. Finally, on what I told myself was going to be the last phone call I made I begged the officer to let me come in a look for my phone personally.The officer was silenced by my request at first and then she continued to tell me that no one has made such a request before.

What? No one cared enough about their lost item that they wanted to go and look for it again?Since my request was so odd they set up a time for me to come in and look for my phone personally.

The Thursday after I lost my phone, I went to Ford Field at 9 a.m. and went to the section where I lost my phone. First I checked in the bathrooms-- it was nowhere to be found.

Did I really make a huge deal about my phone being here and am now going to be the idiot who comes out empty handed? GREAT.

We then went up to where my boyfriend and I sat the week before. I told the security guard where I sat the day of the game, and she examined the seats extremely carefully. As I walked around and looked in the upholders I heard her say, “Is this it?”

My stomach fell to the ground and I ran to the guard and gave her a huge hug.

My phone. MY PHONE.

The security guard proceeded to tell me that the spot my phone happened to be wedged, usually holds phones hostage until the engineers change the seats. Yeah, that could take three to five years!

After 24 hours of being unplugged, and even more hours struggling to keep calm with the slowness of the iPhone 5s, I have never been happier to hold my iPhone 6s in my hands once again.