The 10 Best Things About Growing Up In New Jersey
Odyssey

The 10 Best Things About Growing Up In New Jersey 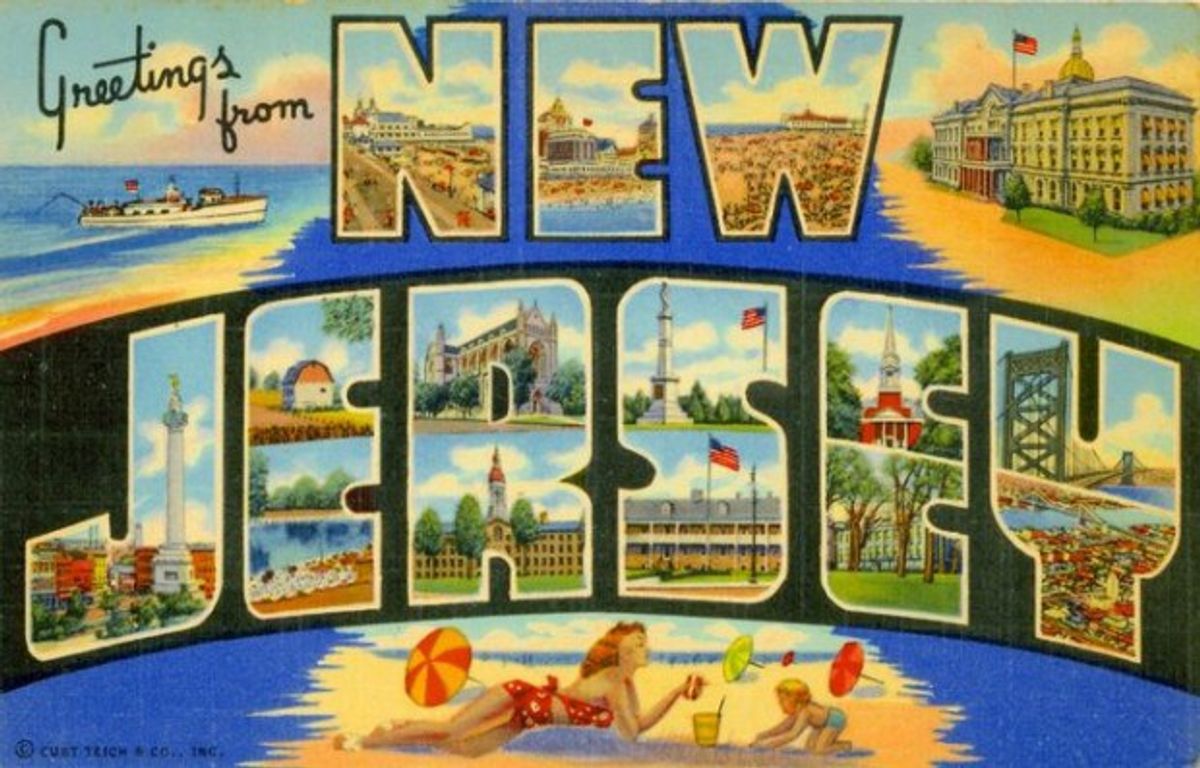 Ah, New Jersey. Yes, we are known for our beautiful beaches, loud Italians, and outrageous reality shows. But aside from those things, New Jersey really is where it's at. Whether you're from North, South, or Central (which does actually exist), you know that growing up as a New Jerseyan is pretty much the best upbringing you can get. With celebrities like Meryl Streep, Shaquille O'Neal, and of course, Bruce Springsteen, it's just a simple fact that New Jersey is doing something right. That being said, here are a few of the many perks of growing up Jersey-style:

New Jersey reigns as the US state with the most diners. Born and raised New Jerseyans probably remember late-night trips to the local 24-hour spot with friends at least once in their lifetime. Or if you're anything like my friends and me, you were there once a week and the wait staff knows you by name. No judgments please.

Yes, that harmonious accent. Warter, dawg, and the infamous cawfee are just a few of the choice words that New Jerseyans can claim as theirs. (Side note: No one says New Joisey. Ever.)

OK, a quick crash course on the Jersey diet: Taylor Ham (NEVER PORK ROLL), disco fries (French fries with gravy and melted mozzarella on top a.k.a. heaven on a plate), and subs (unless you are at a Wawa's, in which case the term "hoagie" is acceptable). These staple foods are basically the three main food groups of true Jersey-bred citizens. Stick to them and never question them.

4. Summer road trips down the shore.

Every Jersey beachgoer has their spot. Whether it's Seaside, Point Pleasant, Cape May, or Wildwood, the Jersey Shore is a must. At least one day in a summer was dedicated to traveling down Parkway South to catch some rays and hit the boards.

This is the book that alerted you to your town's resident folk lore. Everything from mysterious statues, obscure people, and legendary local ghost stories lies in the pages of the "Weird N.J." Series. The story most notably covered in these books is The Jersey Devil, the legendary hell-hound that stalks the New Jersey Pine Barrens; a true symbol of Jersey.

6. Trips to New York City are a must.

One of the biggest perks of growing up in New Jersey is it's proximity to New York City. New Jerseyans are well aware of the simple pleasure that is spontaneously grabbing the next NJ Transit bus and heading to Port Authority in Manhattan. A side note: New York City is just "the city." This is not optional in New Jersey.

7. But don't be mistaken, there's always something to do in our favorite state.

We've got it all. From Atlantic City to Six Flags to the Turtleback Zoo, those of us with pure Jersey blood running through our veins know the hottest spots to relax in the Garden State.

I know what you're thinking: doesn't every state have a state fair? Well, generally, yes that is the case. But the State Fair at the Meadowlands is a true symbol of a New Jersey summer. From pig races, hypnotists, and the newest fried food trends, this event is a true rite-of-passage for any New Jerseyan.

9. Having the strength to live through the horror that was the era of New Jersey reality shows.

Yes, the days of Snooki and JWOWW still haven't escaped our memory. Aside from "Jersey Shore," the MTV hit that put the Seaside Heights nightlife on the national stage, shows like "Jerseylicious" and "Jersey Couture" tried to wiggle their way into the Jersey trend of the late 2000s.

10. And finally, the very cliche and very true anthem of New Jerseyans: *We Don't Pump Our Own Gas*

The true battle cry of New Jerseyans. Full service for the win.