That's Not Very Christian Of You: On Religious Freedom Bills And Discrimination In The Church

That's Not Very Christian Of You: On Religious Freedom Bills And Discrimination In The Church

What happened to a religion based on love? 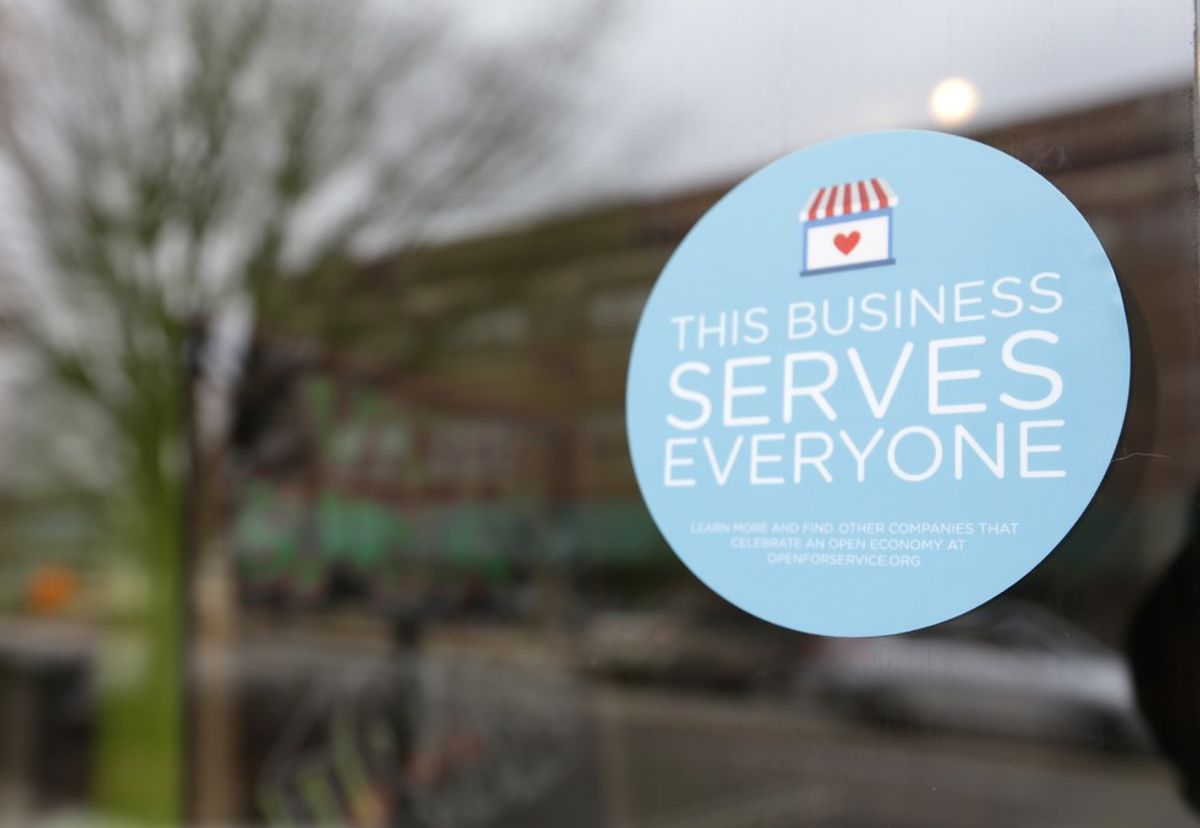 Recently, the topic of religious discrimination has been making headlines since numerous states have either passed or have attempted to pass bills that allow such a thing. The root cause of these bills is people who feel that they should be able to deny service to someone who exhibits a behavior that goes against what they believe religiously.

Honestly, that is not very Christian of you.

I am not going to argue with you about whether or not the bible states that homosexual relations are a sin (Leviticus 20:13), but you should also remember that wearing cotton blend shirts is, too (Leviticus 19:19). My point here though, is that the way we treat each other should reflect Christian values, even if someone's sex life differs from yours.

Excluding the LGBT community from our congregations and refusing to serve these individuals because you don't agree with their behaviors is hypocritical and a disgrace.

How would the world react if some parks began shutting their gates to single mothers because they didn't believe in pre-marital sex or divorce? If restaurants banned customers with tattoos or piercings (Leviticus 19:28)? Or if religious organizations refused to allow men in their doors with goatees (Leviticus 19:27)?

Now all this sounds ridiculous, but remember: they are all sins, according to the bible. Like I said before, we are all sinners, and it is not our job to point out each other's wrong-doings when we have done wrong ourselves.

We also have to remember that the type of life Jesus lived ,while he was here on earth, is the type of life we should be living, too. If Jesus was an immigrant (we will save that topic for another time) who came from nothing and hung out with outcasts such as prostitutes and tax collectors, do you really think he would be wanting to exclude those that are just a little different? These new laws that legalize discrimination on the premises of religious freedom violate one of the greatest commandments of them all: "Love your neighbor as yourself. There is no other commandment greater than these" (Mark 12:31).

Excluding the LGBT community from participating in worship or refusing them service at businesses or any other form of discrimination on religious foundations is not loving our neighbors as ourselves. A lot of us don't realize the harm we are causing by participating in this behavior because many of us have never faced any discrimination before. Imagine if you showed up to a church you had never been to, and at the end of the service, they referred you to a different organization that might 'fit you better'. This seems harmless at first, but if we were really living out Mark 12:31, we would be welcoming anyone, regardless of their past, who believes that Jesus Christ is the son of the living God into the life of the church with open arms.

Unfortunately, like I said before, we are all sinners. There is no magical switch that can be flipped so that everyone immediately understands that the LGBT community is just like everyone else on the planet. As we have seen, there is a lot of resistance surrounding this very subject. If the LGBT community wants to study scripture and become members of congregations why should we stop them? Because they have committed an abomination? Well so is eating seafood such as shrimp, crab, and lobster, but I don't remember the last time I saw someone picketing outside a Red Lobster with Leviticus 11:10 plastered on poster board. Christians need to let go of the taboo surrounding the LGBT community and realize they we are all human.

Religious freedom bills are setting our nation back and inhibiting progress for a nation that is united. If we want to move forward, we must learn to put aside our differences and be able to see the things we have in common instead. It's the 21st century, I think it is about time we move away from dividing the population and focus on uniting it. If your state is considering legislation that involves this subject matter, write to your congressmen and governors and encourage them to vote against these bills. Make a change and use your voice.