Analyzing Everything You Need To Know About 'Nocturnal Animals'
Odyssey

Analyzing Everything You Need To Know About 'Nocturnal Animals'

A depiction of the best kind of revenge. 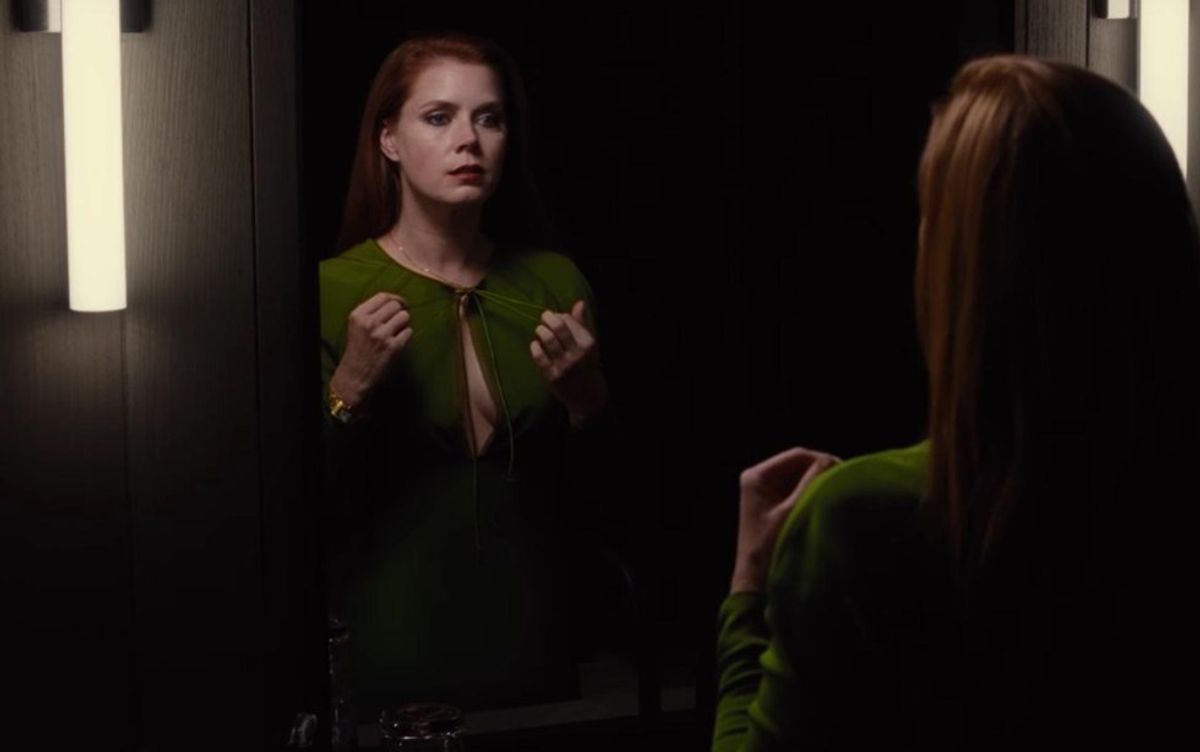 It is that time of year again when normal people try to go to the gym and critically acclaimed films hit the theaters. This year, I avoided the gym by watching Nocturnal Animals (but please, I am anything but normal). This psychological thriller fell deep into my heart, as I fell deep into a bag of Pirate’s Booty.

No, it is not a documentary about owls...it is a dark romance. (Spoilers ahead) The film centralizes around Susun (Amy Adams) who randomly receives a manuscript from her ex-husband, Edward (Jake Gyllenhaal). The novel is a violent portrayal of her and their marriage. In the story she is raped and murdered merciless along with their daughter by some violent hillbillies. Poor Edward is left alone and seeks revenge for his loss. Susan is mesmerized by the fictional story and recalls fond and painful memories of her previous marriage with Edward. The film switches between glimpses of her current life, her past relationship, and of scenes from the chilling novel. Reality and fantasy become difficult to distinguish.

I am not qualified nor have the attention span to do a film review, but I would like to focus on the eery theme of the film, revenge. The film as a whole left me in shivers but the ending left me confused. Susan, finally reaches out to her ex-husband to meet for dinner to discuss his novel. He responds through email saying he will meet her. The viewers watch her become excited as she prepares for the “date”. It is understood she has re-fallen in love with Edward and has hope for their future as she disregards her current failing marriage. She arrives to a glamorous restaurant and waits for him at their table. A time lapse occurs as she continues to wait. Viewers and Susan soon realize, she has been stood up. The scene cuts and the credits roll. My mouth drops, popcorn falls out.

Edward has carried out his revenge. His cold, haunting revenge.

Is anyone else distraught now? Revenge is a nervy topic that I decided to ask multiple students at Union about. I specifically asked what type of revenge would they take? Many students leaned towards hypothetical violent acts. They involved keying a car to peeing on their ex’s car to straight up running over the damn car. Am I getting some Carrie Underwood vibes here? Others wanted to cause emotional pain to their exes. Whether it was finding a new lover or-get ready for it- telling them you are pregnant with their child...the general emotions were bitter and angry. One answer even suggested to do nothing. Absolutely nothing. Hmm, is this genius or pure laziness? My favorite and most eye opening answer was this; to simply be happy. And ladies and fu**boys, Edward seemed to just do that, he managed to be happy. Happy Edward, unhappy Susan.


Nocturnal Animals shows happiness is the best revenge. Edward, was consistently not good enough for Susan during their marriage. He was not successful enough, he was not man enough, and he was not rich enough. To her, he was sensitive and weak. And when things got tough, Susan ultimately walked away from Edward, into a new life with a new man. Years and years have passed and Edward reappears in a stressful time for Susun. He is the Trojan horse of the modern times. He brings her a new, captivating book about their relationship. A book that Susan realizes, a little too late, that she is the antagonist. An antagonist in a story she knows will become a hit. A story that will finally make Edward a successful author who is no longer weak. He is reborn, and revenge is too filling to continue to wine and dine with his ex wife. All in all, Tom Ford managed to pull the heart strings out of Susan, but at least he was forgiving to make her look like a 10 on the outside because she definitely feels worthless on the inside. Don’t let this shabby article stop you from watching the film. Nocturnal Animals will keep you on the edge of your seat and for once, make you put your phone aside. Also, Jake Gyllenhaal looks mighty fine with a beard.