That Time I Went to Morocco
Odyssey

That Time I Went to Morocco

It's important to travel and expose yourself to a culture different than your own. 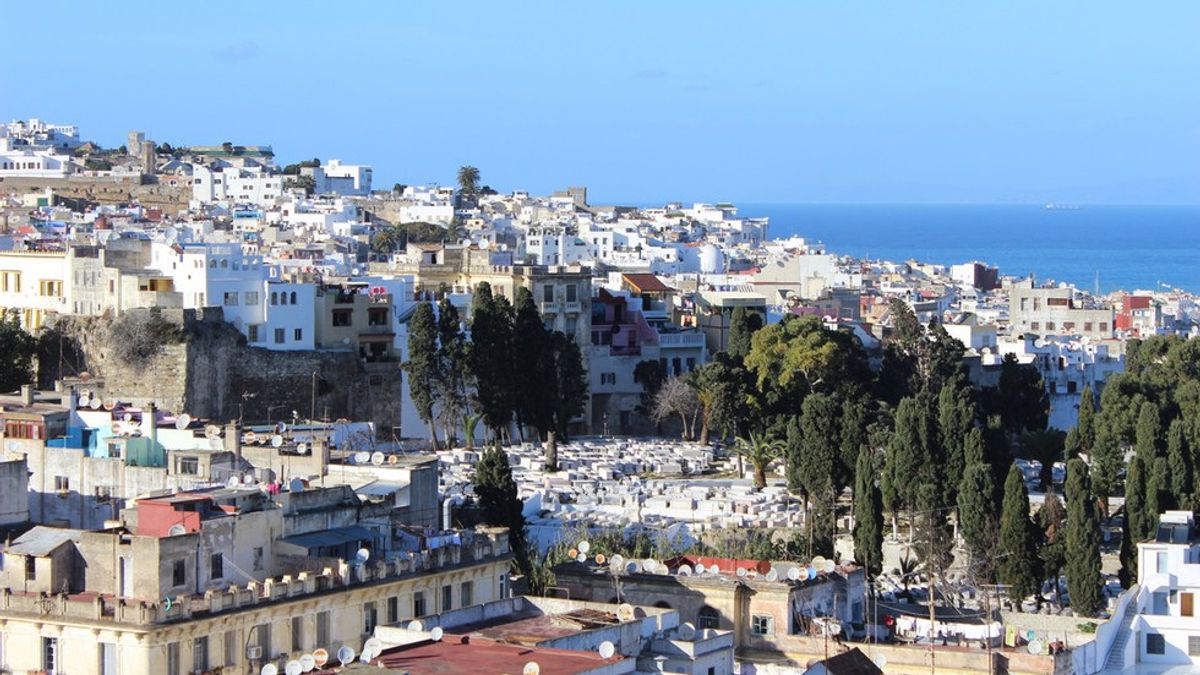 On top of the secluded and rock-built balcony, my eleven-year old self stood overlooking the shimmering Mediterranean Sea. At some point this reflecting, pigmented green-blue water meets with the Atlantic Ocean. Though thousands of miles away and submerged into a new continent and culture, I happened to think of home. On the other side of this body of water was my home in suburbia, in a predominantly white community where routine and sameness is produced. My day in Tangiers, Morocco was anything but routine and same. The previous days of our vacation were spent in Malaga, Spain, which sits on the sandy coast of the Mediterranean, and is a quick forty-five minute ferry ride to Tangiers, Morocco. Darkness encapsulated the purple sky, the Spanish sun just barely peeking through. The alarm rang. We woke up, eyes baggy and droopy from jet lag, packed into a shuttle bus like cattle, and got onto a grand ferry that sailed us across the Strait of Gibraltar to Africa. I was about to step into a culture that I had never been immersed in before. This day is embedded in to my mind, for it allowed me the opportunity to be exposed to a new culture and lifestyle.

Stepping off the boat, the air smelled like spices and dust arose when the sandy terrain was trampled by footsteps. Buildings and architecture were painted a pure, angelic white, with bright blue and yellow window panes and doors. Street signs were in a language unknown to me, Arabic, and the air was humid. Marketplaces lined the unpaved streets, with wooden baskets filled with abundances of fruits, vegetables, rice, and other delicacies. Our tour group, filled with white-European looking people, walked in a tight pack through the streets. No one had been in this environment before, and the hectic atmosphere didn’t ease our worries of getting unattached from the group. Loud shouting, shoving, and pushing encompassed the streets of this coastal town. Numerous men and young boys worked their days selling tacky and cheap touristy knick-knacks and tchotchkes. We stuck out from the majority of people in the town, and were immediately targeted. They followed us like a baby duckling follows its mother, stepping on the back of our shoes and aggressively shoving the worthless items in our face, all while shouting broken English in our already fragile ears. This was perhaps the most frightening part of the day, especially as a child. There was a feeling of being outnumbered, our small fifteen person group compared to the fifty vendors surrounding us on all ends. We held on to our bags, kept our pockets shut tight, and I wedged myself between my parents to feel more safe in this chaotic state.

Any time we were able to flee the open streets and have just a few moments of silence, I cherished it. We were guided to enter a building where a man with a pearly white eye held the door open and greeted us, revealing his lack of teeth. Dancers in festive, bright colored and sparkly costumes and fast-paced drummers were in mid-performance as we entered. Plates of unknown food were handed to us, which were strongly spiced and had a distinctive taste. Rices, meats, and vegetables were flavored and arranged in a way that I have never eaten it before. The rest of the day consisted of visiting camels in a secluded desert and sandy area, overlooking the picturesque Mediterranean Sea. I would have willingly gotten on a camel, if the sandy ground wasn’t filled with rock sized cockroaches, and if I wasn’t wearing flip flops.

Our last moments in Tangiers were at an outdoor cafe, where we were served a refreshing cup of mint green tea. This was peaceful, for only a moment, until the vendors found us again and comfortably walked onto the property, as if it was their home. A man in baggy clothes ran up to us, and persistently stayed at our table trying to convince us to buy a souvenir. My dad gave in, tired of this man’s babbling, and swiped out his wallet only to find the man taking a peek at the money that resided. Suddenly, the salesman’s behavior changed and he started raising the price of the object and tried to bargain. The cafe’s owner came bolting out of the inside portion of the restaurant with a broom, and started swatting and hitting the man with the broom like an unwanted animal, to drive him away.

The Moroccan sun began to set over the panoramic view of the Rock of Gibraltar against the Mediterranean. Our group settled in the bus, while the vendors tagged behind, waiting outside the bus still holding up their items with hope. At the time, this whole experience was daunting and intimidating. It was the first time I was exposed to a different culture, and stepped out of the comfort zone of my normal neighborhood. I still think about the men and boys who sell meaningless trinkets, candy, or even charge rates for people to pet their pet mule. As an eleven year old, their selling tactics scared me, but I realize now that they were doing everything they needed to get some amount of money to provide for their families. I’m grateful for my visit to Tangiers, for it provided me with an idea of the world outside of my privileged small town in suburban New Jersey.
Report this Content
This article has not been reviewed by Odyssey HQ and solely reflects the ideas and opinions of the creator.