Thank You Letter To Summer Camp 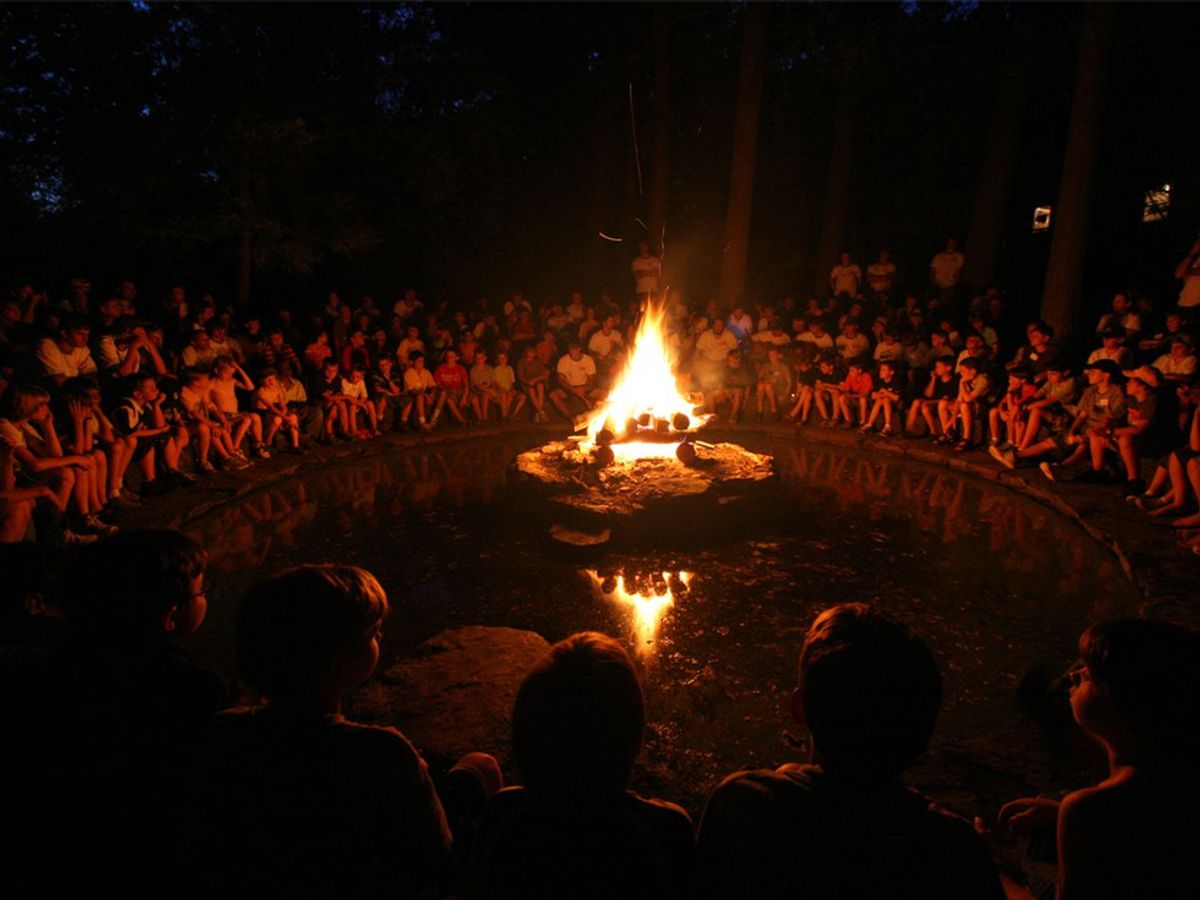 First and foremost, wow. I've only been away from camp for a little over a week, and I already miss you. After all we've been through, it becomes harder day by day to drive by the gate and not feel twinges of nostalgia--harder keep my eyes on the road as the memories come crashing down. I leave for school one week from today. Crazy.

I know some people say that camp is like a second home, and truly a place like no other. I never knew what that meant until this summer. I never thought that a simple "job" could end up meaning so much. I never knew that a place could become like home to me, and people I've known for two months could mean so much to me. But you have.

I also saw what you did for the kids. I could see the changes in them day by day, amazing as that sounds. As a relatively quiet person, I could relate to the kids who opened up and tried new things for the first time to a supportive and amazingly welcoming audience. I know from experience that a receptive group of peers and mentors is so important. I saw these kids come out of their shell and become some of the greatest young people I've ever met, and that's thanks to you as well.

You're not just a camp or a summer or time spent away from home to the kids and the counselors and adults. You are an experience. You become part of the lives of these children and young adults. You shape them into the men and women they will become in society. You are a big part in their confidence boost; their self-confidence. You make them grow. And for the counselors, you let them be kids again.

I can't thank you enough for all of it. The little lessons we learned every day are monumental, and I wouldn't trade them for anything, The jokes I'm glad I know now, and those I wish I didn't, the meals that involved too many cheers and not enough eating, the campfires and summer nights that ended too soon. They all mean so much. So thanks.

I've never been a big crier.The last time I cried was saying goodbye to my friends and leaving college for the summer. I'm seldom emotional, yet you brought it out in me. After I said my final goodbyes, I sat in my car for about ten minutes, waiting for the tears to stop so I could drive home, away from camp, for the final time until next summer. I never saw that coming. It's cliche, but it's true. I am lucky to have something that makes saying goodbye so hard. So very hard. So, thank you for that too.

It'll be a long school year but worth it, knowing that you're waiting for me on the other side. Here's to another summer and hopefully, many more. Thanks again, camp. For everything.