The CEO of Tesla, Elon Musk, released the second part of what he calls his "Master Plan" on July 20, and it is fantastic. 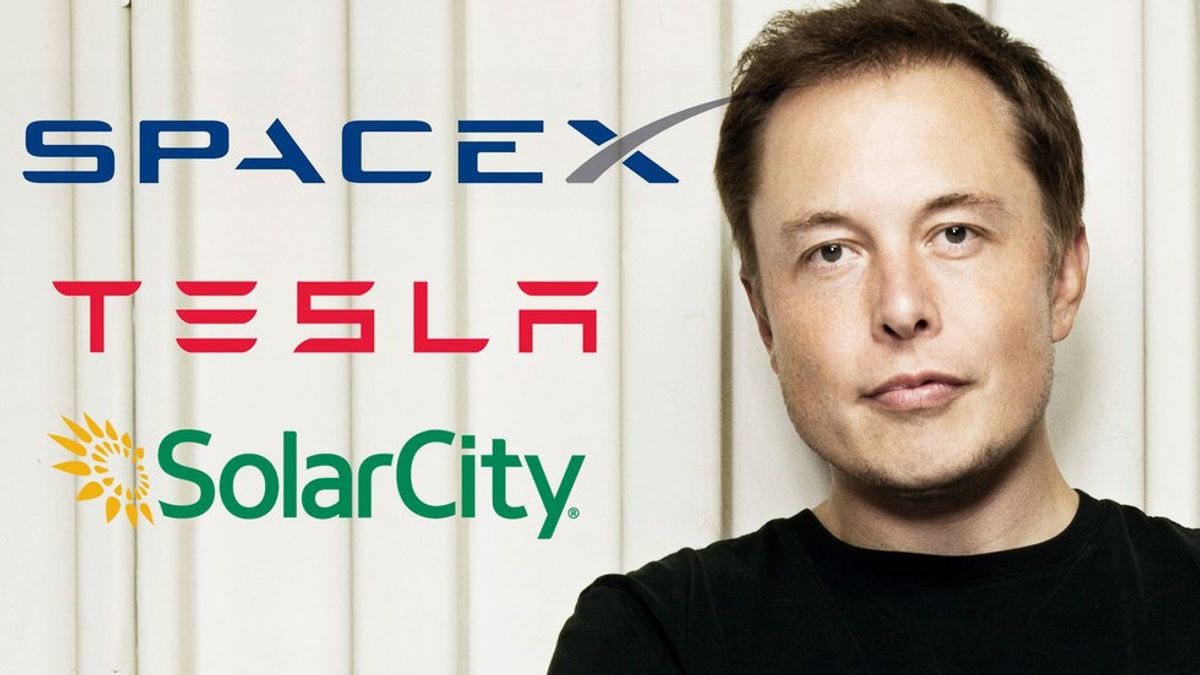 The CEO of Tesla, Elon Musk, released the second part of what he calls his "Master Plan" on July 20, and it is fantastic.

As many might know, Tesla Motors is one the most premium electric cars on the market, with the Tesla Roadster, their first car, selling at $109,000. The company boasted their cars could travel an impressive 200 miles before needing to be charged again. In a short few years, Tesla Motors managed to create a desirable, electric, low-volume car in a country that prides itself on big diesel engines and moving heavy stuff around. But how did they do it?

Many would find it surprising that Musk’s "Master Plan" has always been posted up on their website, in four relatively straightforward steps:

1. Create a low=volume car, which would necessarily be expensive.

2. Use that money to develop a medium-volume car at a lower price.

3. Use that money to create an affordable, high-volume car.

For those who do not know, producing a low-volume car means there are few of its kind, and it caters to the needs of a tiny and particular market. A high-volume car, by comparison, is the opposite. Tesla created a specified and highly desirable car, establishing a name for itself, as well as a sort of sex appeal. Don’t tell me you didn’t use to look at early Teslas and think to yourself, “Oh, my.”

In the second step, they opened their brand to a slightly larger market, and eventually, step three will see the creation of a moderately accessible Tesla for the average consumer. With the first four phases of his plan coming to fruition, though, Musk has given us a look into the future.

As the young CEO explains, “We must at some point achieve a sustainable energy economy or we will run out of fossil fuels to burn and civilization will collapse. Given that we must get off fossil fuels anyway and that virtually all scientists agree that dramatically increasing atmospheric and oceanic carbon levels is insane, the faster we achieve sustainability, the better.” The best part? He outlines exactly what they plan to do.

The next step in his plan involves perfecting solar technology and making it readily available throughout the entire world. The process, according to Musk, would simplify the installation process, have one service contact and have the whole thing managed by a phone app. He then looks to his company, calling for a need to expand Tesla’s cars to every corner of the market, hinting at electric-powered trucks and SUVs.

And finally, my personal favorite, he delves into the idea of autonomy. Everyone who has ever sat in traffic has fantasized about self-driving cars. Get off of work, get into your car, take a nap and wake up home. Well, Tesla already has those cars, and I cannot be more excited.

However, that is not the focus of his plan. Musk writes about the possibility of renting your car out. In other words, you arrive at work, park and on your phone, choose to add your Tesla to a shared fleet. While you are working, your car is off driving others around, earning money for you, until you need it back at the end of the day, where you just summon it back via the app. It is Uber or Lyft without the obligatory small talk.

Musk’s “Master Plan Part 1” took around 10 years to complete, so who knows how long this next portion will take? But the fact remains that it is being built. The company’s goal (other than turning a profit) has always been to create a world in which we depend on renewable energy sources that will not destroy the place we live. Personally, I hope that other companies will begin to catch on to Tesla’s success and move that way as well, marking another move to better environmental practices.

Until then, check out his plan yourself here.