Ten Struggles I Face At Twenty One
Odyssey
CurrentlySwoonLifestyleHealth & WellnessStudent LifeContent InspirationEntertainmentPolitics and ActivismSportsAdulting
About usAdvertiseTermsPrivacyDMCAContact us
® 2023 ODYSSEY
Welcome back
Sign in to comment to your favorite stories, participate in your community and interact with your friends
or
LOG IN WITH FACEBOOK
No account? Create one
Start writing a post
Student Life

Ten Struggles I Face At Twenty One

Welcome to my millennial life. 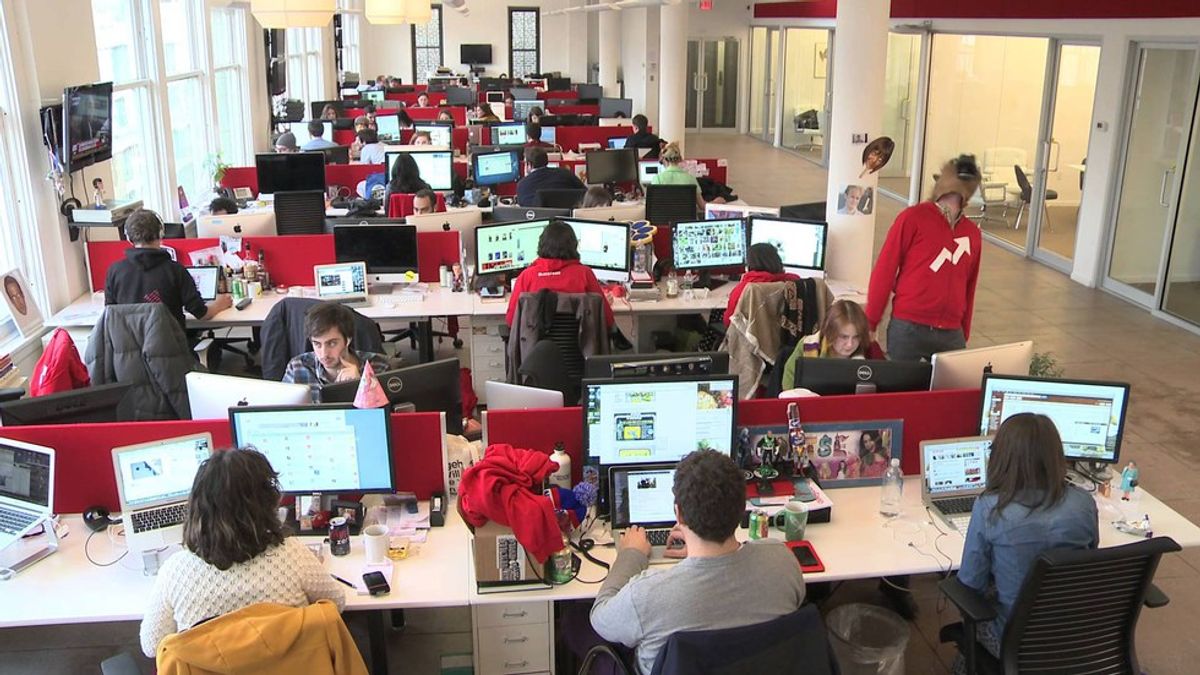 This is me. I'm twenty-one years old and a Junior in college. I'm studying art. These are my very real, very honest, and very raw struggles.

1. I'm scared I won't be able to support myself financially.

I'm an art major. We aren't necessarily praised for how much money we make. In fact, we're often mocked at the lack of money we make.

2. I'm incredibly single and this is equally as terrifying.

They always say don't marry a man for his money and for the most part I agree, we shouldn't use people for material possessions. But being single and having to fully support myself once I'm out of college is utterly unnerving. It would be very calming to not have to tackle life, my finances, and every other adult thing out there alone, but as of now, that's how it's going down.

Don't get me wrong, graphic design is a wonderful path, but unless you have ten years of professional experience, know every software out there, and have a letter of recommendation from Mr. President himself, you're out of luck. If you're not graphic design, just stop looking now because you will not find an internship. Period. The world has consecutively decided art majors are sh*t out of luck and it really sucks.

4. When people say you don't have to have it all figured out yet. Just stop there.

I'm all for winging it, I do it quite often, but winging it in terms of your future basically translates into having a crap job, that pays crap salary, for who knows how long until you figure something out. This is not the life I want for myself. I know y'all mean well, I really do, but saying you don't have to have it all figured out yet is basically saying just fall into the system and hope something works out.

5. Being labeled a millennial sucks.

I'm a millennial. That's just how the cookie crumbled for me. I get judged by what people think they know about me and I don't like it. So what if I want a life that's not the typical nine to five? Is that a crime? And what if I do want the nine to five? What assumptions then? Either way, I cannot win.

6. Growing up in corporate America sucks even more.

Being a millennial is one thing, but being a millennial in corporate America is a whole other ball game. Let me explain. For one we are expected to have YEARS of experience before we even graduate college. If you haven't already had three internships, you're already behind. Big businesses don't know how to communicate with us because we're different than every other generation. Prices are increasing and wages decreasing leaving us with piles of debt and no way to pay it off. We want to escape the mundane, but how? We don't have money and there are hardly any jobs to make some without working seventy hours a week. I'm not dogging hard work, but living paycheck to paycheck, living in fear is not living at all. We're stuck in a corporate vortex with no escape route.

It's becoming more and more common that unless you are top dog at whatever you do and kiss the a** of whoever you work for you will not get crap. I'm not the best and that leaves me at a serious disadvantage. I'm not suck up either which is an even more serious disadvantage. If you want to make it to the top, you're going to have to play their game. Everything is political.

Money is king. It's what we're supposed to strive for, but what if it's not what I go to bed dreaming about? What if I want authentic connections instead of multiple bank accounts, or what if I want to travel the world instead of up the corporate ladder? These things are discouraged, shoved under the rug, and we're told to forget about them. Besides, you need money to travel and, like we've established, we don't have any. An endless circle.

Social media is by far the biggest, most destructive, hindrance to our generation. Nothing is real anymore. No one has to be honest about their struggles, just hide behind a trendy Instagram selfie, right? We have long friend lists, but we're friendless. Tinder, Snapchat, all they do is foster fake, superficial "relationships" if I can even call it that, and I'm sick of it. I want to meet real people, not @I_HaveNoLife1000000000.

Nowadays it seems like one strike and you're out. There are so many fish in the corporate sea that you completely replaceable. You're not a person anymore, just a number in a system. I want to take chances, but what if I fail? The world says go to college and you'll get a good paying job. What they don't tell you is that you must major in x and y if you expect to get a good job and even then the system is so saturated you have to be the best of the best to get anywhere. I'm not the right major and I'm not the best. What does that leave me with? A mediocre job for the rest of my life?

I could go on, but I'll spare you. This is a good start to a heavy list. Maybe I'm crazy or just sensitive, I am a millennial after all, but these are the things I wanted to get off my chest. Here they are, for the world to see. Welcome to my life.