The 10 Most Irritating Things About Driving In Rhode Island
Odyssey

The 10 Most Irritating Things About Driving In Rhode Island

From the musings of an angry commuter. 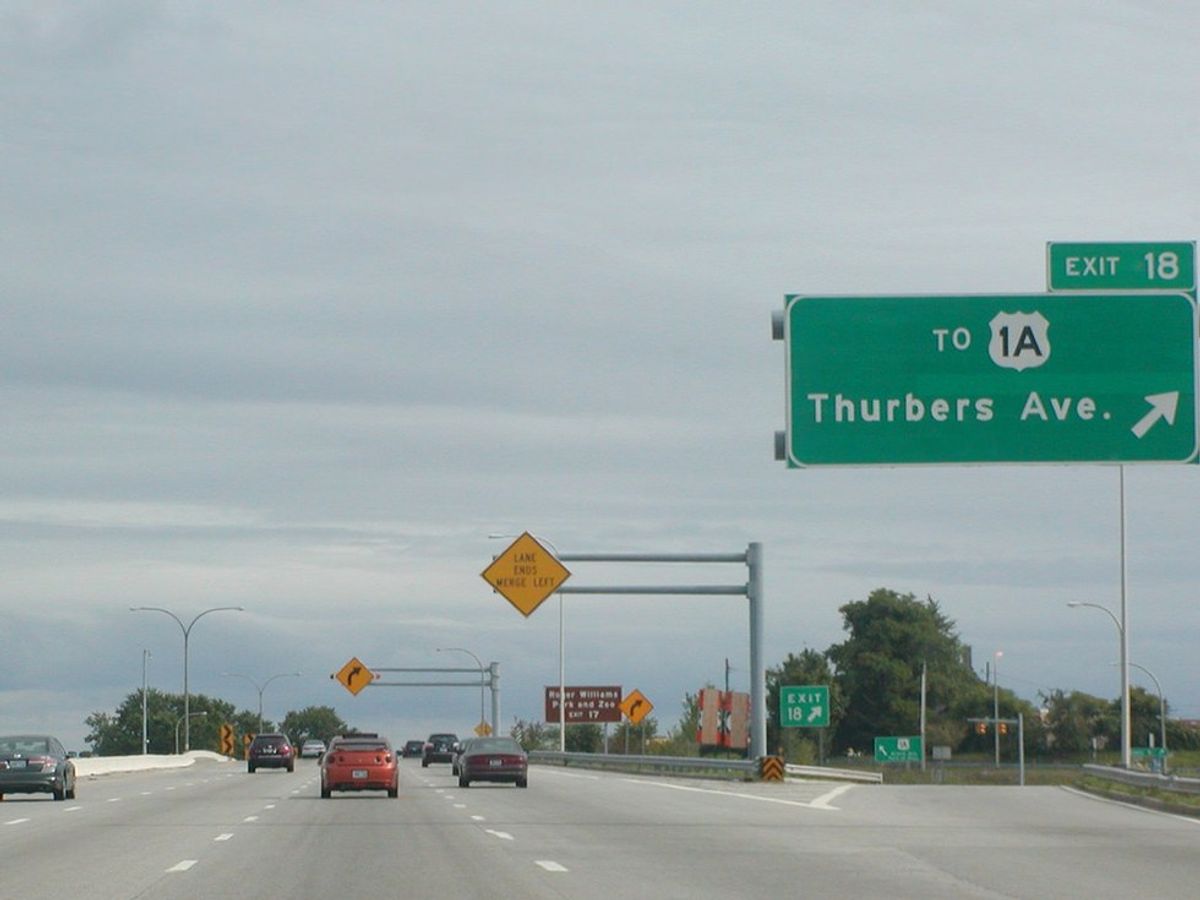 In our beautiful, disturbed little state of Rhode Island, we have many things that make us special. Massachusetts, however, always takes the claim for having terrible drivers, also known as “Massholes." What no one realizes is that Rhode Island, the smallest state in area with the longest name, is a wonderful place to drive: everyone makes good choices, the roads are in pristine condition and, if it weren’t for having a good playlist, many of us would be sitting in a jail cell for road rage crimes. From the musings of an angry commuter, here are the ten most irritating things about driving in RI:

You would think you are driving down a cobblestone road instead of a paved one (in some cases, you are). The roads would be better off as dirt in this state. Some back roads get to the point where you have to do 15 miles per hour to keep your car intact and the pavement has been cheaply refaced so many times that what was once a solid eight inch curb, is now just barely peaking above the road.

When waiting in line to merge onto I-95 North coming off of Route 37, some people get so impatient that they fly around you into the merging lane for Jefferson Boulevard, cutting off anyone who has to use that ramp and block the merge for everyone else later on. Those on I-95 are so irritated by the people slowing everyone down that they choose to get into the lane that will later be merging back into the lane they came from, just to get around everyone and back things up even further.

More commonly known as a blinker, or in Boston, a “blinkah.” When it’s time to merge, most drivers will just whip their car into the next lane without a care in the world about whether or not those around them need a warning. If by rare chance someone in RI does use their blinker, it is guaranteed they will leave it on for at least two miles just to confuse everyone.

You will see the beginning of a project, jersey barriers, lots of big orange barrels with a little blinky light on top, and maybe even some lane closures. If we are really lucky, they dig it up halfway so that each trip across the area is more like off-roading. At this point, they stop the project and maybe show up to stare at it blankly for a few days so people think there is work being done. This will go on for 2-10 years, and at the end of the span of time, they will take down the barrels and barriers, and pretend the work is done, claiming that “insert decrepit bridge here” is fixed.

When the road is bad enough that it starts breaking people’s cars, snapping shocks, and flattening tires, or one of the utilities needs to do work, the state usually decides that it’s time to do their usual A+ road patching job. Two weeks later, the water company or electric company will tear it up to fix something because they could never communicate with one another and do all of the repairs at once. That would be too much logic for our beautiful little state to handle.

I can’t be too rough with this one. The plow guys work really hard and are out a lot of late nights when they should be home with their families. It would just be nice if they could get to the town roads within 24 hours after a snow storm. It would be much appreciated. I’m all for snow days, but sometimes, we actually need to leave the house.

8. People don't know where they are going

For some reason, in Rhode Island, it is fully acceptable to go flying across the striped section of an off ramp and back into highway traffic when you change your mind about what exit you need to take. What's even worse is when people actually think it’s okay to back up on the highway, instead of just going to the next exit and getting back on the highway in the other direction.

If anything is a longer ride than 20 minutes, Mom will tell you to pack a lunch, bring a cooler of bottled water a change of clothes, rain boots, road flares, power bars, a flashlight, MREs and two extra winter coats, just to be sure. In a state where you can get from corner to corner (the long way) in an hour and a half, having to drive forty minutes is considered brutality and a huge endeavor.

10. The sheer stupidity of others

If it rains, everyone must panic because in New England, we never get strange weather, storms, or precipitation in any form, right? Don’t forget the bread, milk, and eggs.