They just want what is best for you. 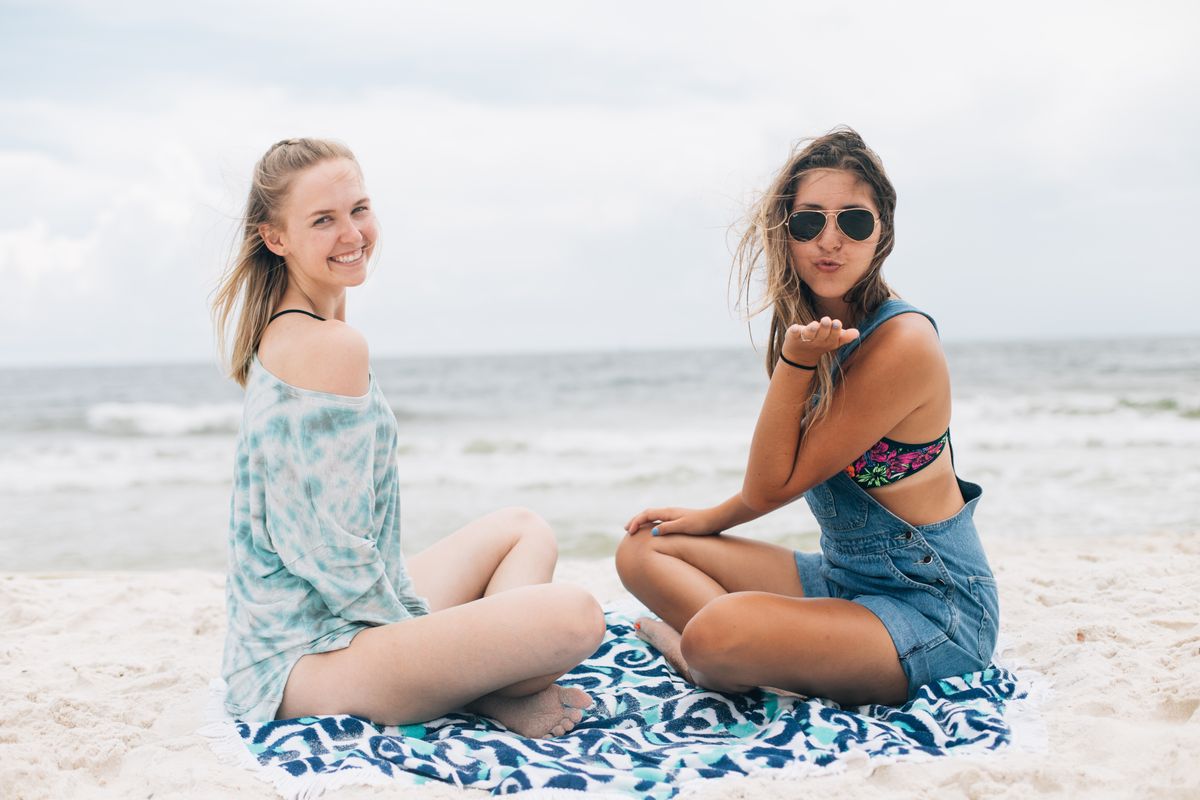 Your best friend is your support system, they're the person you send photos to to help decide which to post, they help you shop for outfits be it in person or via snap, and when your significant other messes up they're the one you go to with the screenshots and the "am I crazy to be mad" text.

So why is it that when your best friend tells you that the person you're interested is bad news bears you fight them? Have they ever been wrong? They've never let you get bangs, or a thigh tattoo, so why would you not trust them when it comes to yet another bad decision? You're blinded by lust that's why! And that lust is causing you to lash out against the person in the situation who's actually here for you.

In an article detailing every red flag she ignored, one of my best friends talked about the betrayal she faced at the ends of this total man child. Every few red flags she made sure to mention how I told her he sucks, and she would get annoyed, and charge on. Granted she had to live through his heinous betrayal before she could really understand where I was coming from on the outside, but as she lived out her what if's, she was getting snippy with me for telling her that he couldn't be trusted.

When I ended up being right (because let's be real people don't change), I didn't rub it in her face, I simply asked if I was able to kneecap him now. She gave me her blessing to IRA style punish this butthead and all was well. But other friend duos might not have the same patience and understanding.

If your significant other has cheated, and you take them back, they will cheat again, because you have shown them that you will overlook that. If they lie and you choose to believe the lie rather than look at the truth slapping you in the face they will continue to lie because they know that you would rather believe them and live in a happy fake bubble then have that difficult conversation.

Sucky people will continue to suck for as long as you make excuses for their sucking. This is not a complicated idea, it's not rocket science. People don't change, and won't change as long as nobody pushes them to be better.

So why, if your significant other is the bad guy, are you taking it out on your friend that is just looking out for you? Why do you insist that your friend who doesn't like your significant other be put into social situations with them, or get mad when they decide not to attend things? Your best friend has been there, your best friend is not looking though the same rose colored glasses you are, and they want what is best for you. They want you to be happy and thrive in life with someone who gives you all the love you deserve, don't be mad at them for wanting the best for you.

At the end of the day, when your heart is broken, you will lean on your friends to help you. But the number of people willing to help you after you've been rude to them defending your relationship dwindles the more you ignore red flags and take your frustrations out on the people who just want to be there for you.

I have had friendships implode because my former friend decided the boyfriend that lied and cheated was more important than the person who drove to her house at 3am to comfort her. Remember who has been there, and continued to be there for you, because heartbreak is even harder when you've alienated yourself.

Don't continue to go back to someone who doesn't treat you well because you are lonely, take the time to focus on yourself, what you want career wise, pet wise and for your future. Anyone who is meant to be with you and in that future will find a way to make it work, anyone who wants your future to revolve around them isn't looking for partnership.

Stop being mean to the person who has the balls to tell you that your relationship is crap. That your man aint shiiiii, that you deserve better. They deserve the same respect they are showing you by having this difficult conversation. Don't brush them off, or become snippy. Take the time to listen and understand where they are coming from.

Your friends and family want the best for you, they want you to be happy, they want you to find the person to adopt dogs with. Don't make it their fault that you're in a bad relationship. Listen to your friends, they are the reason you don't have that bad haircut, that weird prom dress, or that 8am class.