What I'd Tell Myself On My 18th Birthday

What I Would've Told Myself On My 18th Birthday

A reflection right before I turn 19. 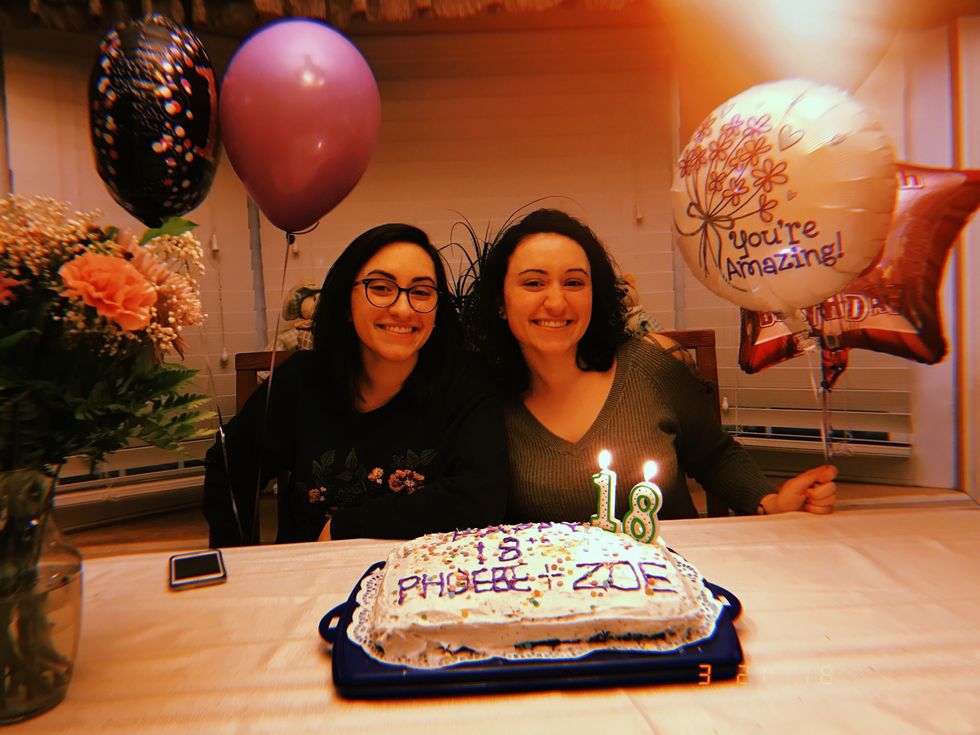 Your birthday's coming up, and you have a lot of changes ahead, so I thought I'd give you some advice.

Your birthday is on a snow day this year, so you get to sleep in! Your best friend stayed over so she could be there on your birthday, even though you were snowed in. It's going to be a great day.

As for your year, 18 is going to be a roller coaster... let's start with the obvious.

You've only got a few months left of high school, and it's bittersweet for you. You've dealt with so much BS that you can't wait to get out, but you do start to think about the things that you WILL miss. You're going to go to Peru over spring break, which is really going to open your eyes.

You're going to graduate. All of your family is going to be there. You're going to hear your sister sing to the entire class, and you'll be moved to tears. This is when it starts to become real for you; you start to realize that you truly are going places. You're going to work at camp again, and you're going to spend as much time as you can with those who care about you before you leave for college, until literally the second you're about to leave. And then you'll leave.

Now for the things you don't know:

You're going places. You applied early decision, and you've been committed to your dream school for months, so no spoilers there. But that's not what I mean. You're going to open so many doors for yourself in your last few months of high school. You're going to get hands-on experience in your dream career field, and it's going to really solidify that this is your dream.

Your heart is going to break. It's going to happen more than once, and it's going to suck. But you're going to get through it. You're going to slip up, and slip up pretty badly at that, but you know your worth. People can only treat you poorly if you allow them to - this advice goes for any aspect of your life. Focus on yourself for a little while.

It's in your second semester that you're going to find where you belong.

You're going to rush a sorority, which is something you didn't think you would do. Through that, you're going to find an amazing group of kind and supportive girls that you have a lot in common with. I won't spoil which sorority or anything like that, but you're going to hear "trust the process" about a million times. You may feel out of place at several points in the process, but you'll figure things out.

Let me take you back to last year - your junior year of high school... remember that theatre organization you heard about when you first toured Syracuse?

I know what it's been like for you - you love theatre more than almost anything, but high school theatre was a very toxic environment; you were pretty much told you didn't matter every single day.

You're not going to have a lot of confidence in yourself (if any at all), and you're going to question why you should even bother signing up to audition. I'm not going to spoil anything for you, but I suggest you sign up. It'll be scary, but I swear it will the best decision you've ever made.

18 is going to be the most incredible year of your life to date, and it's only the beginning for you. Keep working hard, and I promise your dreams will come true. Buckle up!