If You're Blaming Taylor Swift For Publicizing Her Battle With Scooter Braun, You're Ignoring The Actual Issue

You need to just stop. Like can you just not? 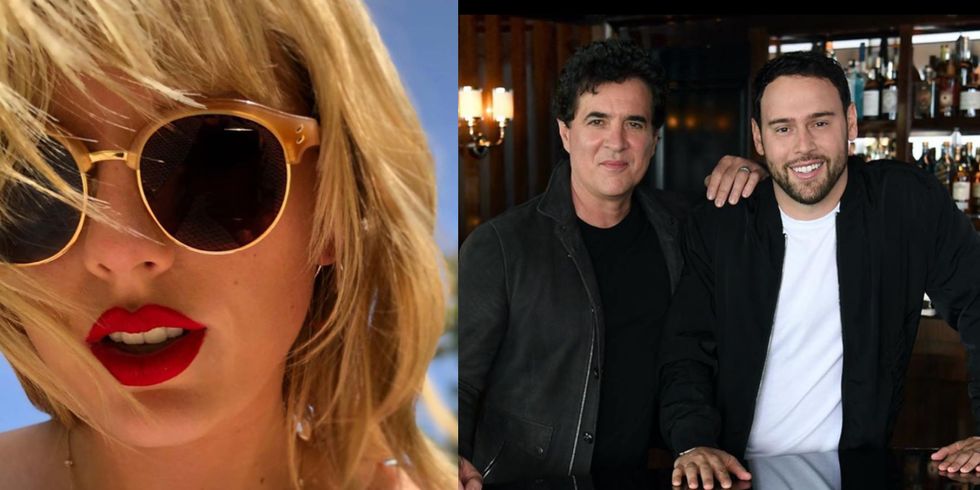 Unless you've been living under a rock for the past few days, you've probably heard that Taylor Swift called out one of the music industry's most toxic players, Scooter Braun, for being manipulative and controlling. If you're missing the key information behind their now public "feud," here's what you need to know.

Last November, Taylor Swift stepped back from her previous record label, Big Machine Records, and signed to Universal Music Group. When she did this, she signed the rights to all of her previously released music over to Big Machine.

Though she pleaded for the right to buy back her music, she was met with a totally unfair offer.

Big Machine Records basically said "sure Taylor, you can have your music back under these conditions: sign back to our label and for every new album you release, you can buy back one of your previous albums that we own."

Because this was total BS, Taylor made the difficult decision to leave behind her past and move forward with new music and a new label that backs her creative rights. At the time, she was completely unaware that the label would later be sold to her literal arch nemesis, record label executive Scooter Braun.

You probably know Scooter as a talent manager for artists including Ariana Grande, Kanye West, and Justin Bieber. Now, he also owns the rights to all of Taylor's old music.

Oh, and btw, Taylor found out about her music's new owner along with the rest of world and wasn't even given a prior heads up.

This news was the final straw for Taylor in her battle against Big Machine Records, so she took to the internet and published a blog post detailing just why Scooter Braun's new deal with Big Machine felt like a pointed attack against her.

Scooter was involved in countless moments throughout Taylor's career that hurt her and her image.

He managed Kanye West back when he and Kim Kardashian leaked her illegally recorded phone call, and when Kanye released his music video for "Famous," which included a replica of Taylor's body stripped completely naked.

Since Taylor's blog post went live, many artists and fans have spoken up in support of her including Brandon Urie, Cara Delevingne, and Camila Cabello, but others are accusing her of airing her dirty laundry online and bullying Scooter in return.

Taylor's point in publicizing what happened was not to start a petty social media feud or to evoke sympathy from fans.

It was to shed light on the cruel, calculated, male-led music industry that wronged her and so many artists before her. It was to warn other young artists to protect themselves and their art. It was to prove that there is still so much progress to be made when it comes to men controlling and manipulating women in the workplace.