Taylor Swift is releasing SOMETHING and I don't know what to do next. 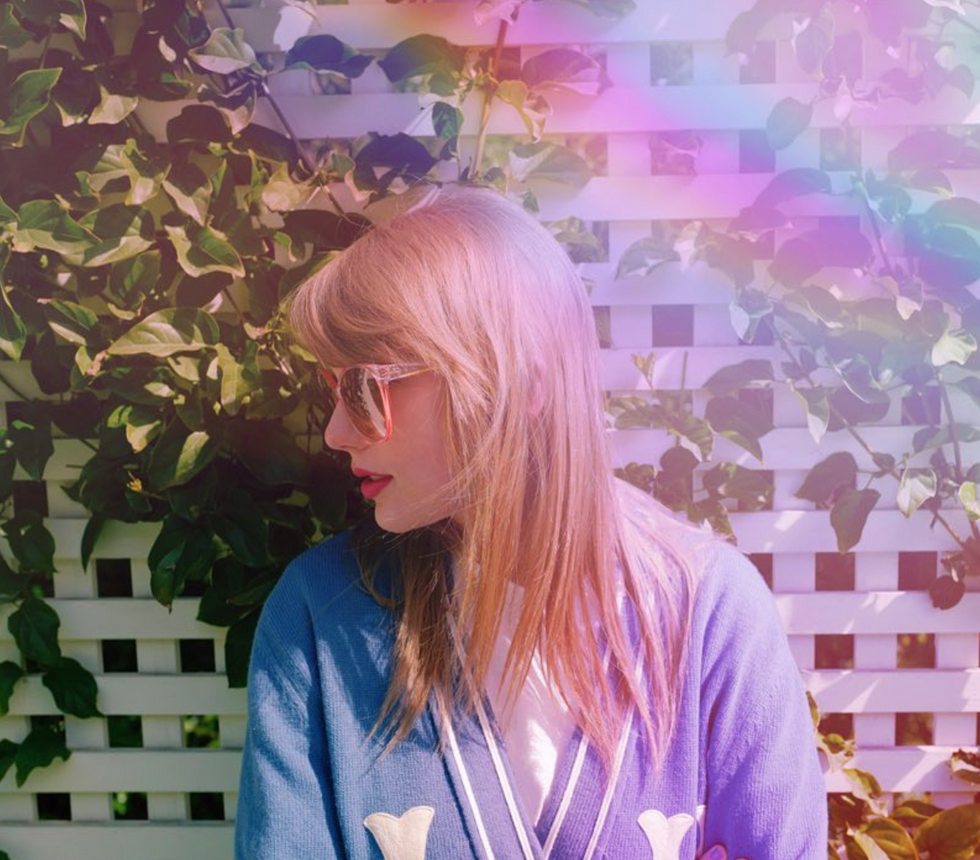 It's just been announced! Taylor Swift is back with a new theme and a new something and we all get to find out what exactly it is on April 26.

Late Friday night, Swift (finally) posted on her Instagram story with a count down date ending on April 26. She also changed all of her social media icons and backgrounds to the same thing and her bios to "4.26."

She even changed her website to the continuing countdown and same themed background.

What is this new thing you might ask?! Well, we can hope that it's music of some sort. Her new theme seems to revolve around light colors, soft tones, butterflies, and dare I say, it's daydreamy? She seems to have had a knack towards butterflies, rainbows, and pastel colors as of late with her choice of Instagram filters, colors, and award show accessories.

If you look through her Instagram (and you better look quick before she decides to sporadically delete everything again), her theme/photos go from a dark, badass vibe that "reputation" gave us, to light, dreamy, pastel color sense.

Fans we expecting something to occur on April 13, had we known it would be THIS, I'm not sure we would've been prepared at all.

So, how long has it been since Swift has been in the spotlight?! Aside from her few award show appearances, we haven't seen much of her. She walked off the stage from her "reputation" stadium tour at the end of November and has been quite discreet about things since then.

Can she really write an entire album in the span of four months? Who's to say? I mean it's Taylor Swift, what can't she do? I will say, the fact that we're hearing any sort of announcement from her after just three short months has got to be a record.

And now we're getting something just four months after her last tour ended?! Call us spoiled! After the announcement of her "reputation stadium tour" Netflix original film, I wasn't expecting much for quite a while. That in and of itself was already a treat to get just one month after the tour ended.

So what exactly do we have to work with now? Well, not much. Aside from her new announcement, all we have is to guess what comes from here. Music? Tour? A single name? An album name? ANYTHING? We sincerely hope.

If you know anything about Swift, it's that she loves secrets just as much as the next person. And she's good at them. Her favorite thing seems to be lurking, or should I say, "Taylurking"? If you didn't know, Swift likes to lurk on her fans on social media sites, particularly in favor of Tumblr. When she does Secret Sessions (it's in the name really, but secret sessions are in when her biggest of fans are personally invited to all around to listen to her album early with her and get a wonderful photo op), she usually finds people from Tumblr or Twitter who she leads on having "lurked" on for a while. Taylor Swift knows everything by now, don't you know?

Until April 26, all we have left to do, is patiently, patiently wait. In the meantime, actually, I don't know what to do in the meantime. Panic? Cry? Mentally prepare? How about all of the above?

Related Articles Around the Web
celebrities
Report this Content
This article has not been reviewed by Odyssey HQ and solely reflects the ideas and opinions of the creator.