Advice On Breakups From Taylor Swift

Breakups, heartbreaks, and moving on. 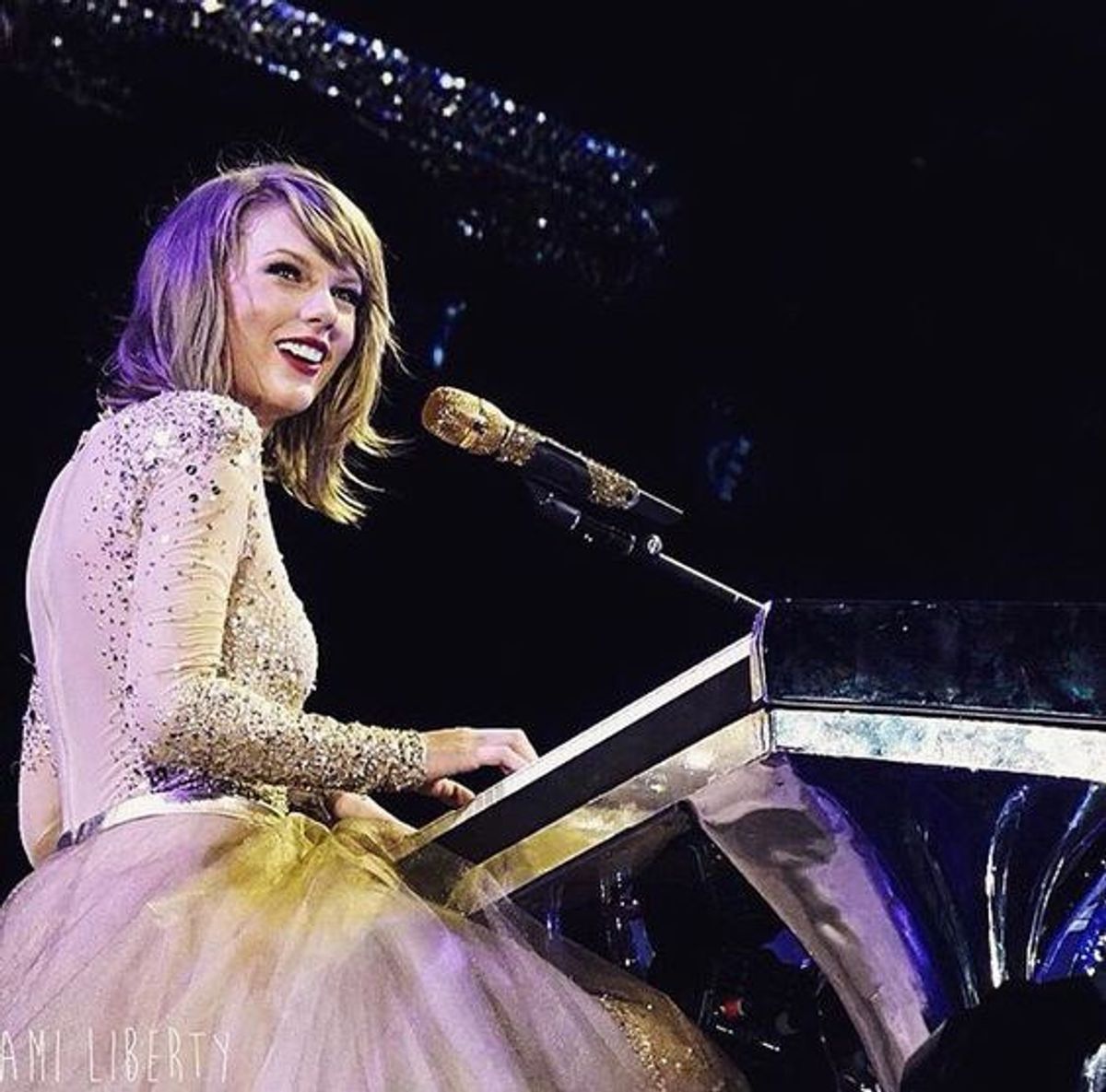 Taylor Swift has a lot to say about breakups. After her breakup earlier this month, articles were on a buzz of all things breakups and Taylor Swift. From the People article, "Everything Taylor Swift Has Ever Said About Heartbreak and Moving On," the writer put some very amazing quotes from the Queen that is Taylor Swift about her breakups over the years.

Back in 2008, she had some inspiring words to say about her short lived romance with Joe Jonas, when she appeared on the Ellen DeGeneres Show, which I think is so powerful and a stronger thing to say about relationships ending.

"It's all right – I'm cool. You know what, it's like, when I find that person that is right for me, he'll be wonderful. When I look at that person, I'm not even going to remember the boy who broke up with me over the phone in 27 seconds when I was 18." – to Ellen DeGeneres in 2008

She teaches everyone that no matter how many times someone breaks your heart or vice versa, there is someone out there for each of us. Everyone has a happy ending — it just may not happen for awhile.

In 2012, she shares with us that playing games with someone else's heart is not the way to be in a relationship. She also explains whether a guy deserves you or not based on how he treats your heart. Date a guy that takes care of your heart instead of messing with it.

"All you can do is be honest and real with him as you get to know each other. Deciding not to play games is the best way to go because it keeps things simple: If he messes it up by playing around with your heart, you'll know he doesn't deserve you." – to Seventeen in 2012

In 2013, she reminds us that moving on is hard no matter who you are, and sometimes, it brings out the best songs. Hard times show us how we truly feel. We all know she is known for breakup songs, but she is so much more than that. Everyone has a song about a past relationship. Sometimes songs let us release our emotions to make something beautiful, and in the end helps us and people who listen to it.


Later on in 2013, Taylor tells us about how you cannot plan out your future, and that it is okay to have no idea what is next. Also, she expresses that she would be fine with either side of the coin that her future falls on: married or single. This speaks to me more than other quotes because she is ok with being independent and I want to be ok being that way, too.

"I have no idea if I'm going to get married or be single forever or have a family or just be on my own. You know, paint in a cottage by the ocean by myself. I just have no idea, and I'm kind of into that. You can make a board for all the goals you want in your life with the pictures on it, and that's great, daydreaming is wonderful, but you can never plan your future." – to Wonderland in 2013


In 2014, Taylor Swift shows everyone just how much she cares about her fans. Teaching us that there are many types of love, and that "selfless love" is the best kind to have for someone else.

"I think we grow up thinking the only love that counts as true love is the kind that lasts forever or is fully realized. When you have a broken heart, the first thing a stranger will ask is 'how long were you two together?' As if your pain can be determined by how long you were with someone. Or if you were with them at all. I don't think that's how it works. I think unrequited love is just as valid as any other kind. It's just as crushing and just as thrilling. No matter what happens in this situation, I want you to remember that what you are doing is selfless and beautiful and kind. You are loving someone purely because you love them, not because you think you'll ever have your affections reciprocated. You are admiring something for its beauty, without needing to own it. Feel good about being the kind of person who loves selflessly. I think someday you'll find someone who loves you in that exact same way." – to a fan on Instagram in 2014


In 2015, she reminds us all to stay true to ourselves and to keep our friends close no matter if you are single or in a relationship. Also, to never change for someone! I know this for a fact. Your friends and family are your support system, so do not let them fade away for some relationship that may or may not last. Her 8-year friendship with Selena Gomez truly shows that through crazy schedules and breakups, you can indeed hold on to your best friend.

I swore I would never ever get in another relationship if it meant changing who I was, or taking me out of that mode where my friends are everything to me. Never ever become someone else for the sake of a relationship."


Once again, she reaches out to her fans and comforts them after a breakup. Taylor reminds us that every breakup is hard especially when you thought you would never use the past tense concerning that person. She inspires this fan and everyone else to be strong after you have your heart broken.

"It's so devastating to come to terms with speaking of someone in past tense when you used to see them as your present and your future. But think about what he said. It will take a while for you to get those words out of your head. Heartbreak is awful enough ... There is nothing wrong with avoiding people who hurt you. You fell in love, no games. Now you're saying goodbye with no games. Protect yourself, please. I'm so sorry this happened." – to a fan on Tumblr in 2015

To Elle in 2015, Swift discussed the backstory to her song, "Clean", off of her latest album 1989. Reminding us to just remember, life keeps going and one day the only thing you will say about that ex, who broke your heart, is "I hope he is fine".

"And you know how it is when you're going through heartbreak. A heartbroken person is unlike any other person. Their time moves at a completely different pace than ours. It's this mental, physical, emotional ache and feeling so conflicted. Nothing distracts you from it. Then time passes, and the more you live your life and create new habits, you get used to not having a text message every morning saying, 'Hello, beautiful. Good morning.' " (For more on this quote, go to the article listed above).

Over the years, 2006-2016, Taylor Swift has filled the airways with her beautiful music and words of inspiration. Thank you Taylor for helping me through the days when I didn't even want to get out of bed.