Taylor Swift's "folklore" Is Here, And This Is What Fans Are Thinking Of It

Taylor Swift's "folklore" Is Here, And This Is What Fans Are Thinking Of It

"You put me on and said I was your favorite" 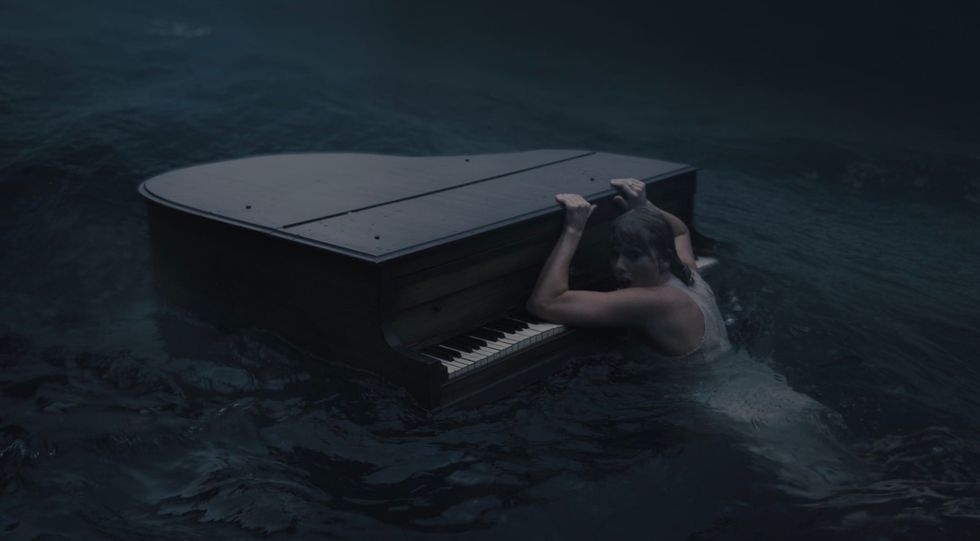 Taylor Swift announced yesterday morning that her 8th studio album, "folklore," was going to be released at midnight alongside a music video for her first single, "cardigan," and the internet blew up over it.

The album has a different kind of vibe to it, a calmer and more mature sound to it. It isn't really pop-filled, instead it's filled with ballads and softer songs. Cute little songs.

So, what are Swifties thinking? Well lucky for you, I see it all on my stan twitter account. Yup, I'm that kind of Swiftie, and I'm proud. Let's go through it track by track...

"The cutest song I've ever heard." Seems like the first track on this album is not disappointing!

Taylor just perfectly conveyed the feeling of regret and losing someone special but we all experience this as we go… https://t.co/bOiQYJ6LWZ
— Zainub Amir (@Zainub Amir)1595564500.0

Taylor did THAT. Been there, done that. This song is relatable for almost anyone at some point.

If you don't turn it up during this line, you're not truly experiencing the song to the fullest potential.

Some theories behind the music video have already emerged...what do YOU think about this? Coincidence or not?

the last great american dynasty is a freaking bop omg the prouduction is giving me life
— 𝒻𝑜𝓁𝓀𝓁𝑜𝓇𝑒 (@𝒻𝑜𝓁𝓀𝓁𝑜𝓇𝑒)1595564696.0

Production? Perfect. Lyrics? Flawless. A bop? Confirmed by myself and other Swifties.

For reference: "The Lucky One" is a song from her RED album. Listen to it then listen to this song. Similarities? Swifties seem to think so!

AGREED. This song put me in my feels. One I personally turned up. You could say it's....gorgeous.

exile just ended and I’m honestly not sure I’m emotionally prepared for the rest of the album
— 𝒻𝑜𝓁𝓀𝓁𝑜𝓇𝑒 (@𝒻𝑜𝓁𝓀𝓁𝑜𝓇𝑒)1595565156.0

Be warned: Exile really does hit the feels. Be cautious continuing....

Dean is cried to my tears ricochet by Taylor Swift and then listened to it again with Cas. they’re both sobbing rn
— Bunker Updates (@Bunker Updates)1595565208.0

Ah yes, the track 5 effect. That is all I need to say.

Do I really need to say much about this one? I think these tweets sum it up. BRB crying.

Taylor is out here making us really think about our lives.

*Taylor giving us all hugs through a song*

Of course she would...I mean, why wouldn't she?

Old Taylor? Is that you? I thought you were dead...

YUP. That bridge was something else. In a good way.

cool so @taylorswift13 actually knows more about me than my own therapist and wrote this is me trying about that
— trin (@trin)1595565961.0

Taylor Swift's music is therapy. She gets us.

Confirmed: Definitely a song to have on repeat.

I think it's safe to say you need a box of tissues for this album...

illicit affairs about that couple who secretly loves each other because they are the right people but they met each… https://t.co/xMLCNUmWW0
— silver flames (@silver flames)1595566093.0

In case you need a full on analysis...Swifties got you.

This song will heal your soul.

i expected mad woman to be more angry but it's like the haunting instrumentals and calming voice pulls together the… https://t.co/jTXxjWVhdm
— 𝑟𝑜𝑏𝑦𝑛 ᵇˡᵐ (@𝑟𝑜𝑏𝑦𝑛 ᵇˡᵐ)1595566454.0

This one was not how Swifties imagined it for sure.

epiphany sounds like if I stepped barefoot into a fairy realm but at midnight and everything is tinged silver and indigo
— rae *:･ﾟ✧ (@rae *:･ﾟ✧)1595566645.0

A fairy realm? Count me in.

Swifties definitely getting descriptive on this one. It takes you to a new world.

If you really think about it, this makes sense and is SO SAD.

The lyrics? Heartbreaking. This could've been her track 5, but then again this whole album is filled with track 5s.

A perfect ending to the album, confirmed. Enough said.

Overall, Swifties seem very impressed by this album. It definitely is slower and emotional. This is a new approach to an album for Taylor, and I'm here for it.