'Once Upon a Time In Hollywood' Review

I'm still not sure the last time I saw a movie that even comes close. 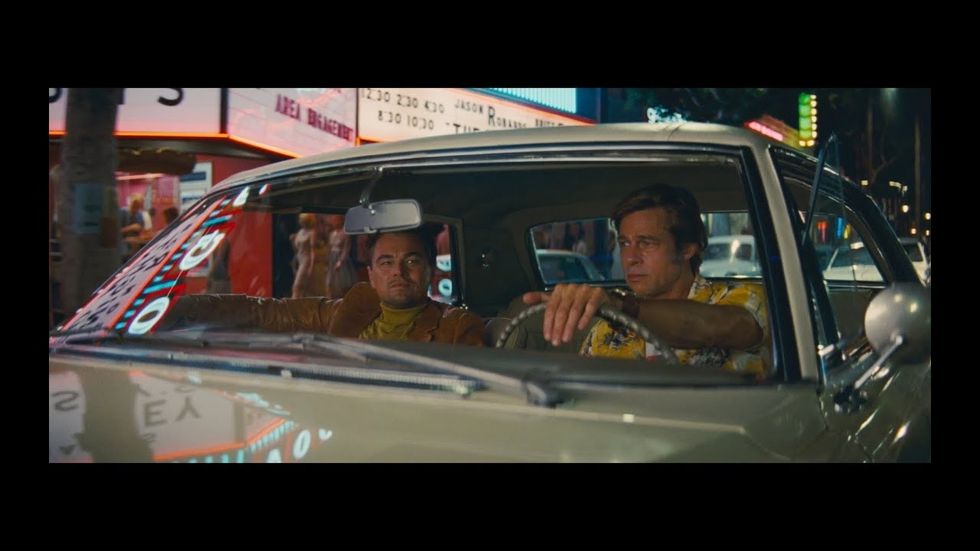 A lot of movies get released each year. Maybe a few too many, since there generally does not seem to be enough good ones in order to justify all the not so good options. Some are terrible, some are okay, others are pretty good, but then there's a few, a very select few films, where you walk out of the theater after watching one and you just think to yourself "wow."

It's a rare thing, finding a movie that is so phenomenal it basically takes your breath away. It doesn't happen very often, because even though there are a lot of good movies out there, the really great ones are a lot less common. However, Quentin Tarantino's new film 'Once Upon a Time In Hollywood' is in that very rare category. I walked out of the theater literally in shock over just how good it was. I have not seen a movie that unbelievably spectacular in a very long time. Thank you, Quentin, for adding another total masterpiece to your filmography.

Leonardo DiCaprio and Brad Pitt are brilliant on-screen together as actor Rick Dalton and his stunt double, Cliff Booth. When award season comes around, they better both receive Oscar nominations for this movie. If they don't, I will be very upset.

The film tells the story of Rick and Cliff as they attempt to navigate their way through 1969 Hollywood, a glamorous world that neither of them seem to understand any longer. As Rick and Cliff attempt to find their place in the changing entertainment business, Charles Manson and his followers are living nearby on a ranch that was formerly used to make movies. Also, Rick lives next door to Sharon Tate, who was actually murdered by the Manson family in 1969, along with a few of her friends. Tate is played by Margot Robbie in the film, and she gives a fantastic performance. You'll have to see the movie yourself to see how the murders play out, Tarantino style.

Somehow, the movie pulls all of these elements together in the most satisfying of ways, creating an outstanding movie about making movies that easily ranks among Tarantino's best. As an actor, Rick is shown playing several roles during the movie, so for a lot of this film, DiCaprio is essentially acting within acting, since he is sometimes playing a character that his character, Rick, is playing. I may not have explained that very well, but I would recommend just seeing the movie to get a slightly better idea of what I am talking about.

The film is a little bit different from Tarantino's earlier work, which really just shows that the filmmaker is still full of fresh ideas. And, Tarantino is still able to throw in his signature witty dialogue along with a little of his intense violence, while still managing to make the movie work on every level imaginable.

Now, I probably did not say a whole lot in this article that couldn't be found in practically every other review for this movie that exists on the Internet, but I'm okay with that. When you get down to it, a lot of movie reviews seem to essentially say the same thing, anyway. But, that's not the point of this article. I just really love this movie, I can't recommend it enough, and I felt like I needed to write something about it.