To Those Taking Organic Chemistry (And Other "Impossible" Subjects)
Odyssey

To Those Taking Organic Chemistry (And Other "Impossible" Subjects)

What if I was to tell you they're actually not impossible? 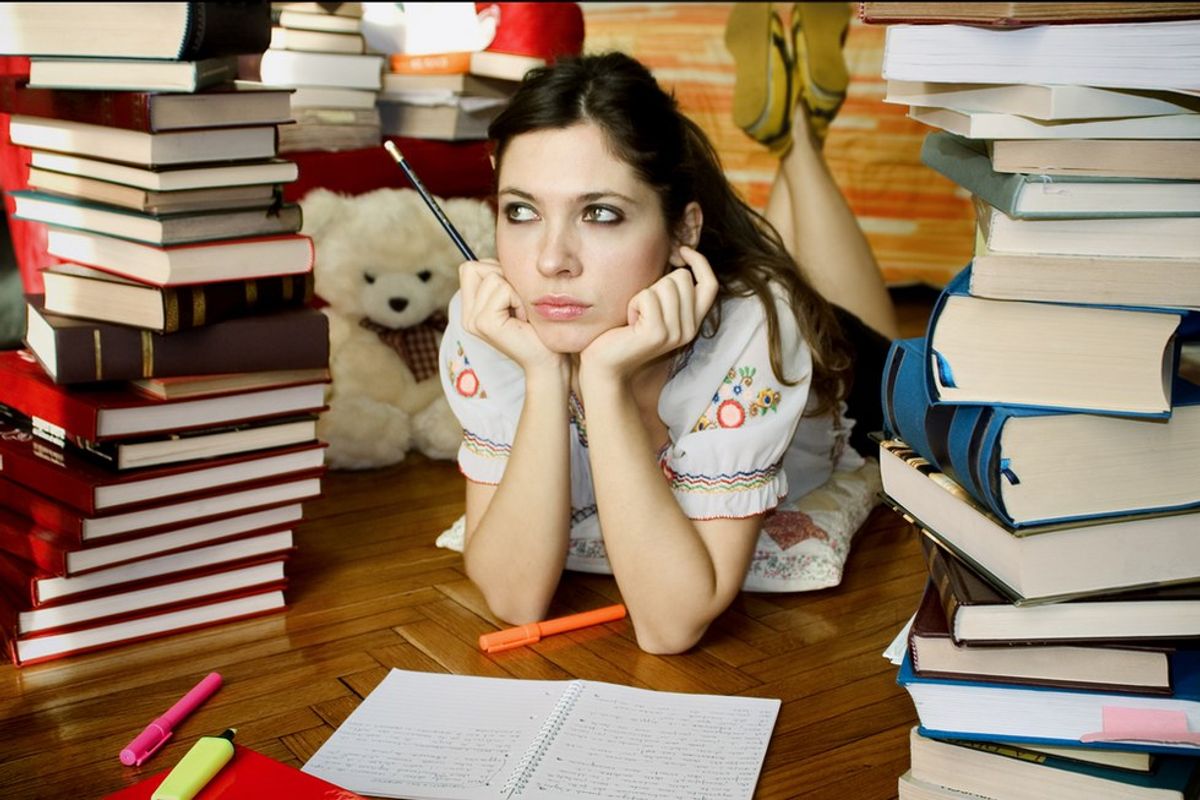 Us college students have a tradition, a right of passage almost, to ask around when enrolling in courses for upcoming semesters. We like knowing what we're getting ourselves into. I cannot express how much relief washes over me from hearing three simple words strung together in the best possible order: "it's not bad." Seriously. Those three words save us the trouble of finding alternative classes and rearranging a schedule (which is no fun, let me tell you), so it's no surprise we like hearing them.

Now, on the flip side of things, there's the exact opposite of the relief I described, and that would be the dread and livid fear that swells up when we do not get the "it's not bad" reassurance, but instead get a warning. These warnings come in all kinds of levels, but here I am going to focus on the Black Hole Level Warning (dark, inescapable, deadly, relentless. . . You get the idea), which you have probably come across. These are for those classes that everyone seems to know are "impossible" (regardless of whether they've actually taken them, apparently). Let's name a few. Organic Chemistry (my current "black hole"), Physics, Calculus, Human Anatomy and Physiology.

Have I made you cringe yet?

Yes, these courses have absolutely terrible reputations. I know this. And guess what? I am here to tell you they're not bad. I'm guessing your brain missed that due to the shock you experienced reading it, so once again: they're not bad.

Don't think that I'm saying this because I'm absurdly intelligent (trust me, I'm not) or insane (now, that one is possible) just yet. Allow me to explain myself.

As a younger student, perhaps in high school, you were made to believe that these subjects are difficult and all-around obnoxious. When you mention taking one of these classes, your peers look at you like your puppy was devoured by a ferocious beast or something. Their look conveys "I am so sorry for the terrible experiences you will have in this class." At first you're a little confused, but then you catch the gist that your next 15 weeks (or more, depending on the class) will be horrible beyond your imagination. You picture yourself battling with this subject that just will NOT be tamed. You imagine failing quizzes and exams and spending late nights studying while still not understanding anything at all, maybe even throw a terrible professor and a couple of sharks into the mix (why not? This is your imagination, after all. And sharks have terrible reputations as well, so it fits together quite nicely). And all of a sudden you don't want to be taking this class anymore. When people ask what classes you're enrolled in, you say "Organic Chemistry" with this sad and slightly disgusted look on your face, and they apologize to you excessively (for what? Getting an education?). And this relentless cycle continues.

I am a little disappointed to admit that I fell into this cycle for a while, starting my freshman year of college. I was formally informed by my advisor that I would be required to complete two semesters of Organic Chemistry for my pre-medicine requirements. I didn't mind too much until I began hearing things about "orgo." Then my unease with the idea of the class settled in, and as my time to take it drew ever closer, I began to worry more and more. How was I to pass this impossible subject? How would I study for it and keep up?

Deciding that getting a head start was the best plan, I began preparing for Organic Chemistry over this past summer. And this was the first time I heard it spoken of in a positive light. I asked many people about their experiences with Organic Chemistry and not one of them expressed an ounce of the dread or hatred for it I had heard before. I began to ponder, What if it's actually alright? As I started teaching it to myself over the summer, free from the crowding of negative thoughts and voices, I began liking it, much to my surprise. It appeals to me far more than general chemistry and I find it much more fascinating. I even look forward to studying it now (I can practically hear your gasps).

Now, before you write me off as an exception (or perhaps a lunatic), allow me to make a general plea to those in courses deemed "impossible," which I cannot stress enough.

Changing your mindset will change your future.

If you believe that the class is impossible before you step through that door, odds are your experience will only further etch that into your mind. Don't allow other people's biases to dictate how YOU succeed. Push away all the things you've heard and start with a clear and blank mind. Decide for yourself how you feel about the course, after having some experience with it.

As a general observation, the classes most people refer to as "impossible" simply require a bit more effort than others. And speaking realistically, being frustrated with a course because it requires a bit more of your time and attention is much like being annoyed with the fact that when it rains, you have to pull out an umbrella. The fact of the matter is rain happens and may require you to take some extra action, but the inconvenience is not so large as to elicit you falling to your knees and crying in desperation because you have no control over it. You may not have control over the rain, but you certainly have control over what you decide to do about it. Whether you trudge through it downtrodden or hold your head high under your umbrella is entirely up to you. So pull out your umbrellas, my friends. Work rather than weep. Be the person who can stand out in front of others and proudly say "I worked hard, and I aced this class." When they ask in disbelief how you managed, tell them the three words they need to hear. Tell them the truth. Tell them, "it's not bad."