Take Me To Church
Odyssey

It's time someone said it. 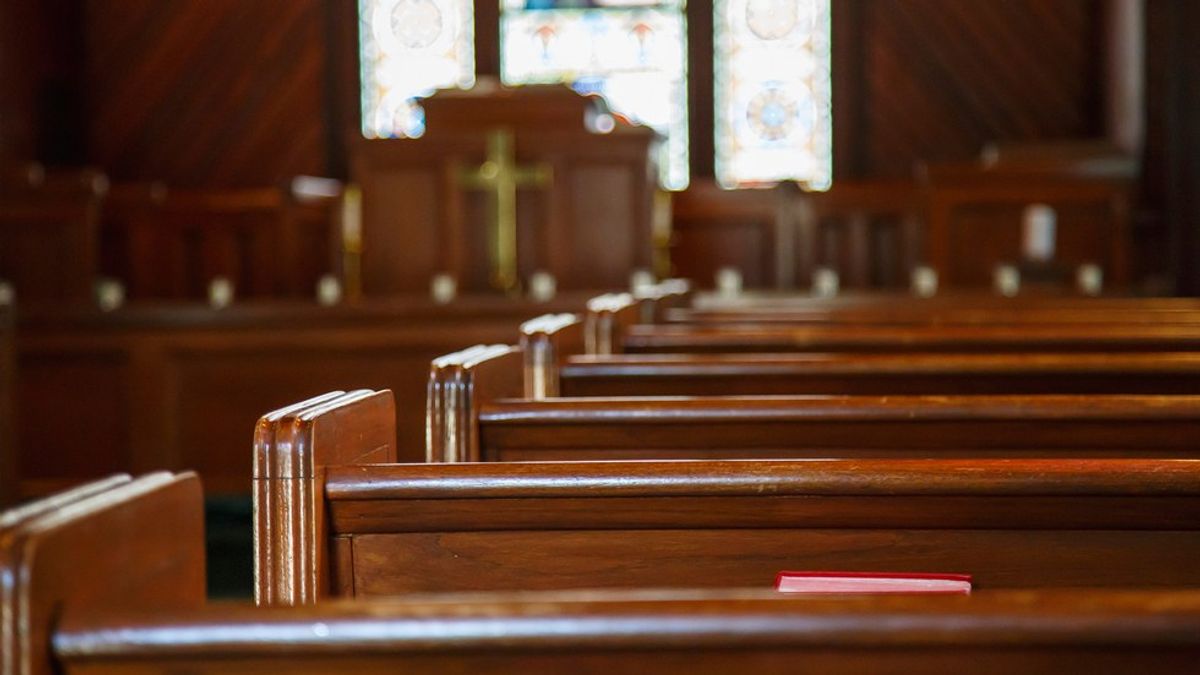 This topic has been on my mind for a really long time and I am probably going to get hate from it. No one talks about the ugly side of a church, so I might as well take a leap of faith and hope I don't get thrown out of a church.

So without further ado, I can arguably say that the past four years of my life were so unnecessarily horrible due to not being surrounded by enough people who are genuine Christians.

I grew up in a Christian home and my entire life I've been a Christian. The first and only church I can remember from my childhood was the church where I had my first best friend and where I eventually got baptized.

This church (unnamed), was where I spent the first half of my childhood. In my eyes, everything about this church was great and when my parents broke the news that we were moving out of the city, this church was the one thing I was going to miss the most.

Fast forward six years later, we moved back into the city and we went back to so-called church. But something about that church was different, or maybe I had just opened my eyes and grew up a little.

Besides the fact that I was having a lot of fun in everything I was involved in, I felt very unwelcome and unwanted. At first I didn't know why. Sometimes when we're having fun, we overlook the fact that there are things (or people) trying to stop us from having that kind of fun.

I don't remember the exact moment I felt like I was being personally attacked by another person, but I do remember that that person kept personally attacking my family. This person started making me feel self-conscious and like I didn't deserve to sing in the worship team. Not only that, but said person had a personal grunge against my mom so apparently it was acceptable to treat me the same way.

Emotionally and mentally, my senior year of high school was a pretty traumatic experience for me. I had way too much going on at once and "church-wise" I was hanging a very thin thread. If I could've left at any given time, I would've been gone in an instant. After being pressured by everyone to continue singing on the worship team, I realized how fake people could be. People claimed to be such strong Christians yet barely showed any signs of the seven fruit of the spirit. I could count on my fingers the amount of people I've seen in that church who genuinely show love, joy, peace, patience, kindness, goodness, faithfulness, gentleness, and self-control. Everything seemed forced. Why was it such a huge task to show someone you cared about them? And once in a while show them the same respect you'd want for yourself. Why was it so hard to get along with everyone even though you might not particularly like that person.

I feel like I'm talking to a five year old.

This should be something you learned at home. Acting like this is sending off a bad example to the younger generations of the church.

The amount of gossip I heard on a weekly basis was beyond anything that should be in the walls of a church. I've been a victim to these gossips and it's actually disgusting that people can sit through 45 minutes to an hour of a pastor preaching about love and respect every Sunday and still gossip about other people not even an hour after the sermon is over.

It's also heartbreaking how you can disappear for a few months and no one will go out of their way to ask about you and to see if you're okay. I mean they have, but only if it could profit them in anyway. You shouldn't need to expect a reward for checking up on someone who might actually be going through a tough time.

People who I had seen twice a week every week, barely even took the time to know get to know me. I was an acceptable person to be around when someone needed someone to hang out with, but when it came to actually knowing me, not one person took the time to get to know me (well one person did, but that turned into a disaster I will never repeat again).

Instead of being encouraged to be a better Christian and gain confidence, I acquired the exact opposite.

High school is already a hard and stressful experience. Imagine mixing that with a traumatic life-changing event plus a church filled with people who seem to not care about you at all. Many people don't know this about me because no one takes the time to ask, but in those four years, I dealt with a lot depression and anxiety alone. My confidence and self-love levels plummeted to a close zero. I was barely excited to even go to church and it was a constant struggle to even be apart of the worship team. I ended up giving up the things I loved the most because of the lack of encouragement I had.

If it hadn't been for my parents making the bold decision to move away from the city, I wouldn't have known what a healthy church was. What it was like the go to a church where of course not everyone is perfect, but where people really do try their hardest to practice what is being preached.

I had to learn that sometimes the people in the church can be worse than the people in the secular world. Which is exactly why many young adults leave, because they don't have the support and love they need that can show them what being a Christian is actually like.

Everyone is so self centered. We should do things out of love and take the thought of getting something out of our actions out our minds.

On a lighter note, since I've been gone, I've seen more than love and happiness from other Christians than I have in four years. I'm restoring what I lost in the process of getting to where I am now. My faith is a lot stronger since I made the decision to permanently leave, and I'm thankful I am able to still be alive.

In conclusion, I feel free and like a huge weight has been lifted off of my shoulders. I no longer have chains holding me down and destroying me. God has reminded me in the three months that I've been in college, that not everyone is like this.