An Emerging Tactic for Birth Equity in the US 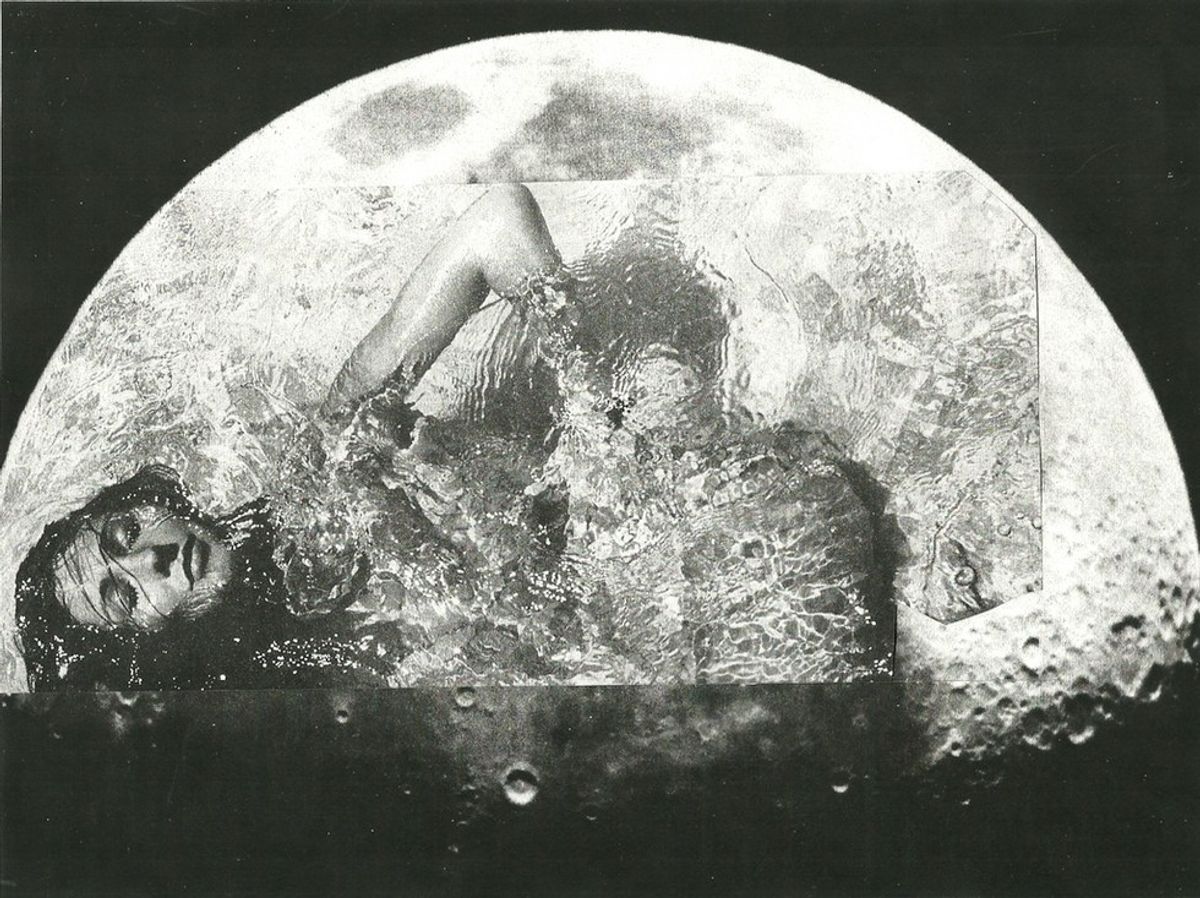 Childbirth is clearly not just a major life event, it is THE life event that transitions a human from the womb to the world. And it's been in silent crisis in the US for too long.

Many congrats to the patriarchal power structure of obstetrics for the medicalization of reproduction and the objectification of the birthing body, for without these oppressive forms of domination and control, we might actually be collectively flourishing as human beings. Congrats on a truly violent step in the wrong direction. To hell with Primum non nocer, right? Fucking nonsense. Fortunately, one of many tactics being used to resist these methods of reproductive control is the emergence of doula programs in hospitals.

As a teen mother, I had a (volunteer) doula at my daughter’s birth nearly 10 years ago, back when it was still a foreign concept in popular American culture. Having a normal, physiological labor and birth (non-medicated, non-interventive) had been my instinctual plan all along and I was especially relieved when I accomplished it in the face of major adversity. Teen mothers are stigmatized by stereotypes that they are unmotivated, irresponsible, and incompetent parents, which actually fueled my desire to strongly resist any external force that attempted to claim authority over my body or my baby. As a pregnant teen, bodily autonomy was my mantra and I built the foundation of motherhood on that mantra, but I digress. I feel very strongly about the demand for equity and accessibility in maternity care.

In Western media, and in many social circles, pregnancy is often portrayed as a transformative time of celebration, excitement and mystery. But in reality, the mystery weighs heavily for many of us, inducing feelings of fear, uncertainty and even dread.

It should be common knowledge within the world of birth that, in the US, black women are about four times more likely to die from pregnancy-related issues than white women; and a NYC health report cited by Women’s eNews in 2015 states the likelihood was as high as twelve times in New York City from 2006-2010. Awareness of these numbers has inspired many experts across the spectrum, including doulas, to strategize and affect systemic change in maternity care.

In the US, black women are about four times more likely to die from pregnancy-related issues than white women.

According to numerous sources, including a 2011 article published on PubMed, Continuous support for women during childbirth, we find that, statistically speaking, if you have continuous doula support throughout labor, you and your baby are more likely to have better outcomes. When the outcomes of labors of those who do not receive continuous doula support are compared to those who do, we see that doula-supported labors are faster, easier, and have fewer complications. Supported people also experience fewer interventions, decreased risk of cesarean section, higher APGAR scores, and a higher initiation of breastfeeding…by a lot, actually.

With the avoidance of unneeded and costly interventions, doulas can therefore be considered cost-effective for both families and their health insurance providers. A recent study published in Birth: Issues in Perinatal Care, a journal by and for maternal and infant health professionals, suggests around $1,000 per hospital birth could be saved on average thanks to the work of doulas. I'm also inclined to believe it's much higher than that, given many women avoid cesarean surgery with help from doulas (and surgical birth is obviously not cheap). Positive outcomes have proven that we can combat persistent race-based disparities in maternal and infant health by providing pregnant people with access to information and continuous support. Data has consistently shown that people are more likely to take charge of their own healthcare needs when they have clear and consistent access to the right resources.

The overwhelming majority of American people experience at least some form of intervention, be it instrumental, pharmacological or surgical, and while access to emergency medicine is essential if the need arises, evidence suggests that most medical interventions during labor and birth are actually unnecessary and, in many instances, harmful. As stated in First Do No Harm: Interventions During Childbirth, an article published in The Journal of Perinatal Education: Advancing Normal Birth, we find that routine use of intervention, without medical indication, can transform the process from a normal physiological event into a major medical or surgical procedure, which then leads to increased risk of infant and/or maternal morbidity/mortality.

The overwhelming majority of American people experience at least some form of intervention during labor and birth, be it instrumental, pharmacological or surgical.

Today in the US, modern doula care has often been viewed as a service traditionally accessible to white women with class privilege, the very demographic with the already lowest infant and maternal morbidity and mortality rates. Ironically, many doulas, myself included, began the work specifically to help lower rates of poor outcomes in marginalized communities, where this work is undoubtedly needed most. It’s true that white women have better birth outcomes than women of color. And that’s not surprising, given that studies have shown clear evidence that real and perceived racism plays a significant role in birth disparities.

"Not all births are the same, and not all birthers have the same needs, so you have to approach each situation individually in order to provide the best support for as many people as possible." -Phoebe Lehr, CNM at Denver Health

Which brings me to the Denver Health Doula Program, a local hospital-based doula program that took root just last year. Still in its infancy, but with over 50 births already attended, the program is alive and thriving. It's just one of many hospital-based volunteer programs popping up around the country.

When I asked Skylar VanSteemberg, a volunteer doula at Denver Health, what inspired her to volunteer for the program, she said, “I believe all people deserve to have positive birth experiences. Doulas [at Denver Health] are available to anyone who wants one, no questions asked and no fee required.”

VanSteemberg is the co-owner of Luna Doulas. She is also an organizer for the Colorado Doula Project and identifies as a full-spectrum doula. As a queer person, VanSteemberg is particularly interested in serving LGBTQ families. She aims to support all families across the spectrum of reproductive experience.

According to DHDP founder and director, Phoebe Lehr, there are currently 30 doulas on staff. Lehr is employed at Denver Health and is a Certified Nurse-Midwife and Women's Health Nurse Practitioner. Lehr earned her professional degree from the University of California, San Francisco. While living in the Bay Area, she developed the highly successful volunteer doula program at San Francisco General Hospital. She also co-founded the Birth Justice Project, a doula program that provides free doula care and support to birthing people in the San Francisco Jail, as well as multiple addiction and recovery centers in the San Francisco community.

DHDP’s Mission is “to provide excellent, compassionate, culturally-responsive and meaningful doula support for people and families of all kinds at Denver Health.”

To mitigate health disparities by providing equitable, accessible, culturally-responsive birth support for a diversity of people and families.
To decrease the gap between the need for doula support and access to doula support in the birthing community at Denver Health for traditionally marginalized families.
To grow a community of social justice oriented doulas that will act as change agents at Denver Health and the greater community.

What inspired the creation of the Denver Health Doula Program?

Lehr: Doulas have been used for centuries to complement a birthing person's health care team. Recently, high quality evidence has supported this type of emotional and physical nurturing during childbirth as an underutilized yet highly effective way of reducing perinatal comorbidities. At Denver Health, doula use is very low and lots of our patients could really use excellent, culturally-appropriate support. I have also observed a striking discord between the diversity of Denver Health’s patient population and the cultural and linguistic homogeneity of birth workers in the Denver Metro area. People prefer to be cared for by people who look like them, speak the same language, and are from the same cultural background. I founded the DHDP because I wanted to increase access to doula care for marginalized families, and increase the diversity of birth workers in Colorado.

Can you share more about the basic components of the unique trainings the doulas receive? What do you believe are the most significant topics covered during the meetings?

Lehr: I wanted to increase awareness about all the various types of families in the birthing community, and give local doulas tools that are useful when working with specific populations. Not all births are the same, and not all birthers have the same needs, so you have to approach each situation individually in order to provide the best support for as many people as possible. Some of our in-services include health disparities in the US, supporting survivors of abuse, LGBTQUAI families, families experiencing perinatal loss, addiction and recovery, incarcerated populations, perinatal mood disorders, self care, and many more.

I want doulas to be aware of the beautiful diversity of families in the world, and similarly, these families deserve to be cared for by culturally-aware doulas. Trans people are particularly discriminated against in the US, and by raising awareness of the unique needs of this population, I hope to improve the quality of care that trans people receive.

Lehr: “heaven sent us an angel”, “we were so lucky to have her”, “I really appreciate her help”, and “I absolutely loved my experience with the doula, thank you so much”

For more information on events hosted by the Denver Health Doula Program, visit their Facebook page.