Spend Your Next Taco Tuesday At Taco Luchador

Spend Your Next Taco Tuesday At Taco Luchador

This taquería will have you wishing Taco Tuesday was every day. 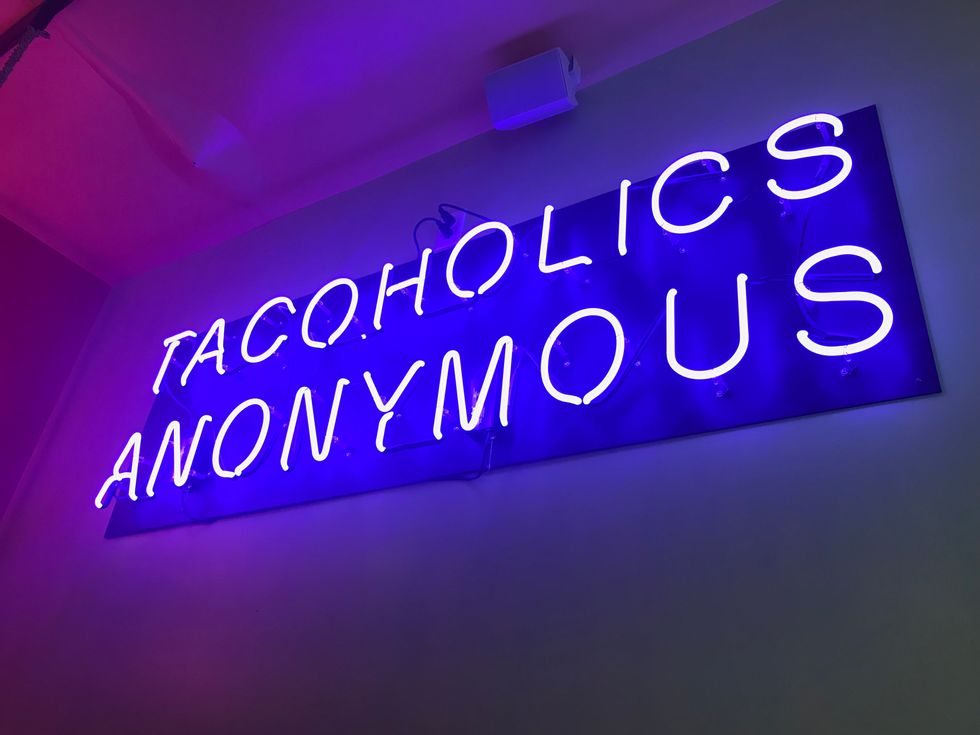 El Taco Luchador, known as Taco Luchador, is a Mexican taquería in Louisville, Ky. that has taken the city by storm. The restaurant is most well known for its delicious tacos and tortas.

Taco Luchador is by far one of the trendiest and most popular Mexican restaurants in Louisville, and its growth has only expanded from the start.

The first location opened in the Highlands of Louisville in 2013, and since then, four more locations have opened around the Louisville area. Each location comes with its own atmosphere as well. At the newly renovated Taco Luchador in the Highlands, neon signs and bright lights cover the walls, whereas the St. Matthews restaurant shows off its red and white theme along the exterior of the building.

The owner, Fernando Martinez, is the head chef at Taco Luchador. Aside from the taquería, he also owns local restaurants such as Guacamole, Mussel and Burger Bar, Mercato Italiano and Artesano Tapas. His co-owner, Yaniel Martinez also helped to open Taco Luchador as well as the four other restaurants in Louisville.

People cannot get enough of the taquería's expansive menu.

From house-made salsas and dips to scrumptious tacos, foodies are guaranteed to find an item on the menu that works perfectly for their tastes.There are nine tacos on the menu, ranging from a multitude of vegetables, to beer-battered fish, to braised chicken. However, if tacos do not suit the appetite, Taco Luchador also offers tortas and Mexican sandwiches.

One of the most popular meals consists of an enormous bowl of nachos covered in guacamole, queso, chicken, and more.

Taco Luchador also has a dessert menu that includes items such as churros covered in warm melted chocolate sauce, and flan, a flaky vanilla custard to satisfy a sweet tooth.

The taquería not only serves its customers in the restaurant, but also provides catering opportunities for smaller gatherings, parties, or big social events.

Taco Luchador conveniently has its own taco truck and will answer any house calls, meaning the taco truck will drive to any house to cater to parties filled with food.

The taquería tends to become extremely popular on Friday and Saturday nights. On the website, there is even an option to order any of the menu items online so that it can be picked up for a girls' night in or a Taco Tuesday within the comfort of one's own home. Ordering online also helps to beat the line that quickly forms outside the restaurant by the end of rush hour.

Though it is only one of many modern Mexican restaurants in the Louisville area, Taco Luchador stands out from the others. With its unique atmosphere, freshly cooked and handmade food, and convenient locations across the city, it makes for an overall ideal dining experience. The affordable pricing of the menu also adds to the appeal to the restaurant.

As Taco Tuesday approaches within the upcoming week, look no further than Taco Luchador for a mouthwatering meal.