Table For One: Challenging My Fear Of Eating Alone
Odyssey
CurrentlySwoonLifestyleHealth & WellnessStudent LifeContent InspirationEntertainmentPolitics and ActivismSportsAdulting
About usAdvertiseTermsPrivacyDMCAContact us
® 2023 ODYSSEY
Welcome back
Sign in to comment to your favorite stories, participate in your community and interact with your friends
or
LOG IN WITH FACEBOOK
No account? Create one
Start writing a post
Lifestyle

Table For One: Challenging My Fear Of Eating Alone

How I got comfortable with the solo dining hall experience. 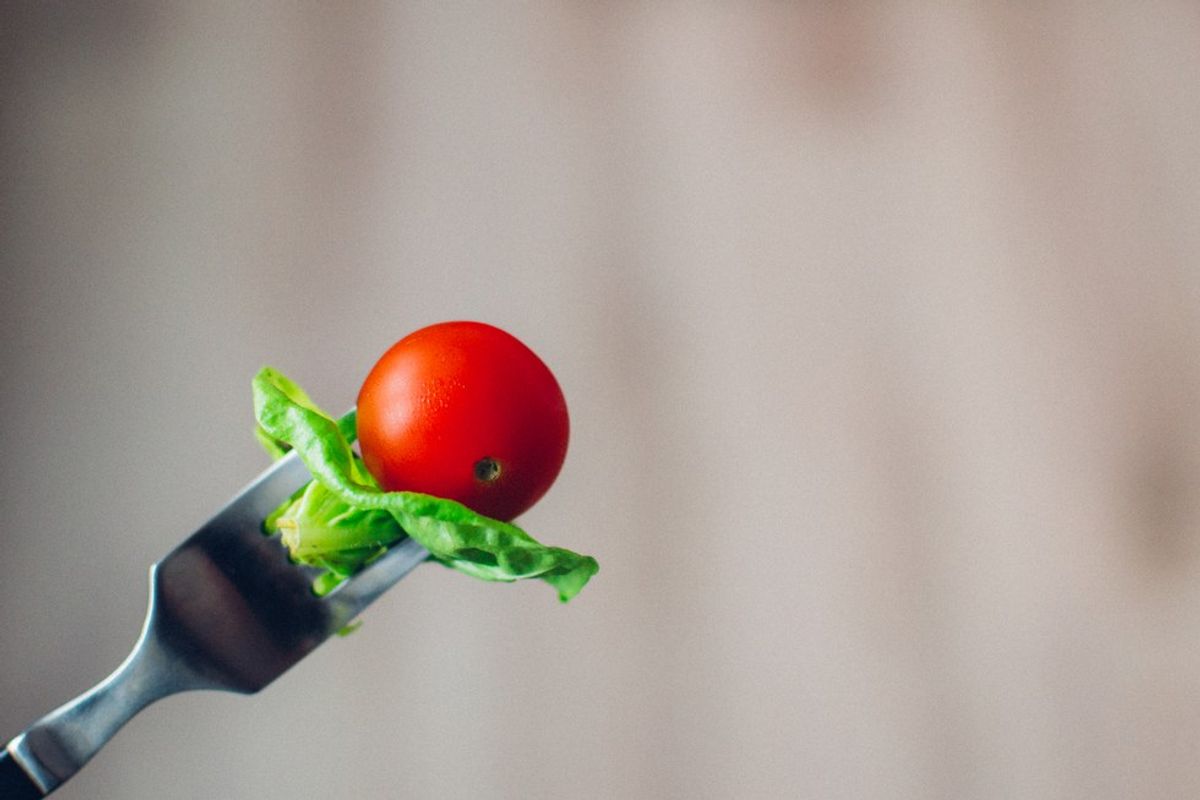 As an anxiety-prone college student, I have to face off against my fears on the daily. It's likely that I'll get stressed over just about anything, whether it's answering the phone at my on-campus job, talking to a professor after class or going to a social event by myself. It's never fun to have to work through these anxieties, but most of the time I don't have a choice but to do so.

Last year as a college first-year I had a particular fear of eating alone in my school's dining area. Mainly, I worried that people would see me by myself and think that I was an unlikable loser with no life. Although my school is small, I felt like I was looking into a sea of unfamiliar and unfriendly faces anytime I walked into the cafeteria. I was really shy and struggled to reach out and form connections. Inevitably, what would happen whenever I needed to eat was one of three scenarios. I would either take my food to go and find a secluded spot to eat alone, or I would sit near the door of the cafeteria, eat my food as quickly as possible, and bolt, or I would eat at an unusual time (like dinner at four in the afternoon) so that no one else would be there. Every meal I had to develop my strategy. This was an incredibly stressful process and took an emotional toll, to the point that I spent a lot of my first year skipping meals.

I've gotten a lot more confident since then - largely through getting to know more people - but eating alone can still inspire anxiety. Despite my fears, I've started sitting alone for meals this year. I don't worry about seeking out friends to have lunch with; I just find a nice table, take a seat and eat. Sometimes some of my friends will end up joining me, which is always a pleasant suprise. Other times I just endure the twenty minutes of being alone in a public place.

And the truth is? It's never as bad as I imagine it will be. It can be a little uncomfortable, so sometimes I look at my phone or bring a textbook to peruse to alleviate some of my anxiety. But ultimately, no one stares at me or calls me names or even seems to judge me. No one cares what I'm doing as much as I care. Most people at my school have busy, engrossing lives that don't involve judging someone else. Most people don't even notice me.

As I've continued this practice, I've noticed a shift. Once I get over my nervousness at the start of each meal, I start to enjoy having some alone time. Don't get me wrong, I love having lunch with friends or grabbing coffee together before a long night of studying. And I'm always excited when friends join me at my table. But I'm an introvert at heart, and with all the social interaction that comes with college life, sometimes it's nice to spend twenty minutes by myself. Who knew that having a quiet solo breakfast on the patio overlooking the quad could be such a serene start to my day?

Via facing my fears, I've accepted my anxiety and then challenged it. I've grown and learned something new about myself. Isn't that what living's all about?