It's just as crazy of an experience as it sounds. 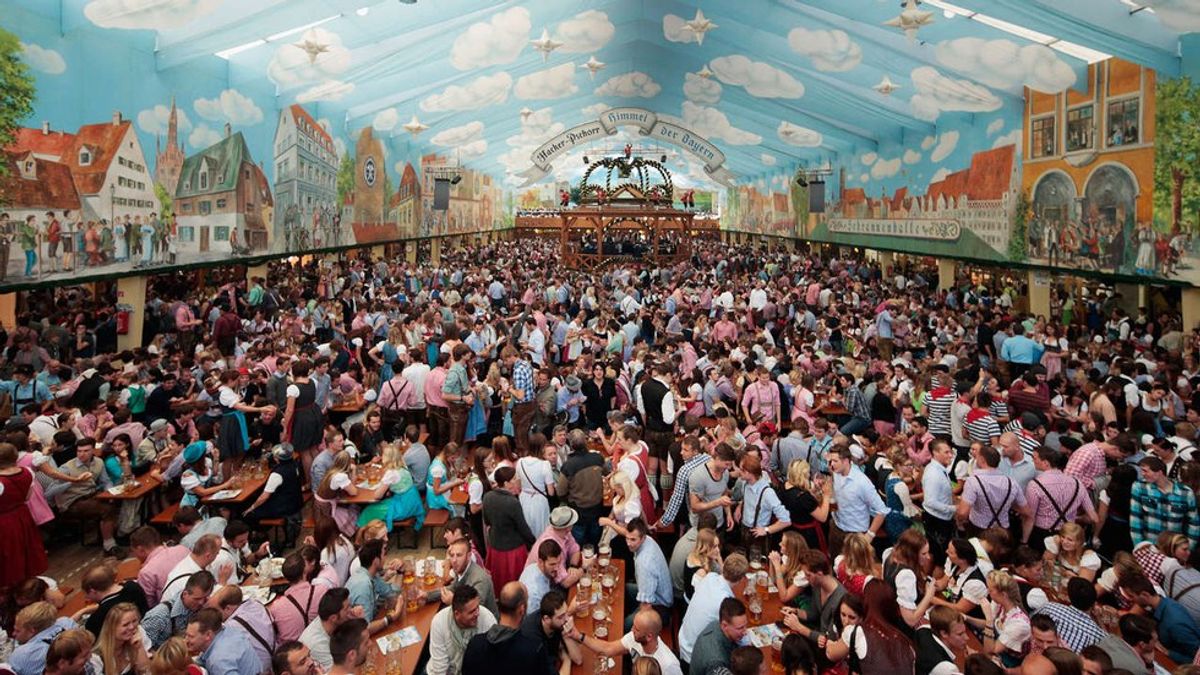 Oktoberfest is the world's largest beer drinking festival, and it takes place in Munich, Germany from mid-September to the first week of October. Last weekend, I had quite the experience in Munich when I attended it. These are the ten things I saw on that insane day that stuck out to me the most:

1. Hundreds of Passed Out People Lying on a Hill (And Almost Everywhere Else I Looked)

The first thing you see when you walk into Oktoberfest is a hill filled with hundreds of drunk, passed out people. They literally stay there all day. Sometimes they throw up (see number 2 for more info).

In the first two minutes I was at Oktoberfest, a Lederhosen-clad German man threw up all over me. I think I saw at least twenty different people vomit that day.

People should wear Lederhosen in everyday life. Are leather pants practical? No. Do they make everyone who wears them more attractive? Absolutely.

4. Not that Much Beer Actually

This is a picture of me at a bar outside of Oktoberfest. I never got a drink inside the festival.To get a beer inside, you have to have a table. To have a table, you either have to arrive at 6 AM or have reservations.

Believe it or not, a lot of people bring young children to Oktoberfest because of the carnival rides. This is not a picture of actual children I saw at the festival. That would be creepy.

6. Carnival Rides That Would Make a Drunk Person Barf

For a festival that's concept is so vomiting-inducing, they sure had a lot of spinning carnival rides. I didn't actually see anyone throw up on them though, so they must be doing something right there.

The best part of Oktoberfest is the food. There are food stands everywhere, and everything is fried and delicious.

After Oktoberfest ended, my group and I sat at a bar outside of the festival for an hour and saw 14 ambulances. I've never seen people go harder than they did at Oktoberfest. To be honest, I was a little impressed.

9. A Police Station Within the Festival Grounds

There's a permanently installed police station that they take you to if you're too drunk to go home. Don't be that person. Go home.

They're actually real buildings, not just tents, and they're gigantic. So much singing. So much fried food and beer. The beer tents are seriously cool if you can get a spot in them. Just get there early.

Would I recommend Oktoberfest to you? Yeah, of course I would. I think it's something everyone should experience at least once. Am I ever going to go back? Probably not.

Danke fürs Lesen! (That means thanks for reading in German.)