'Supernaturals' Lucky Number 13 And The Future Of The Show
Odyssey

'Supernaturals' Lucky Number 13 And The Future Of The Show

A strong season 13, PaleyFest, a spinoff, and where we go from here. 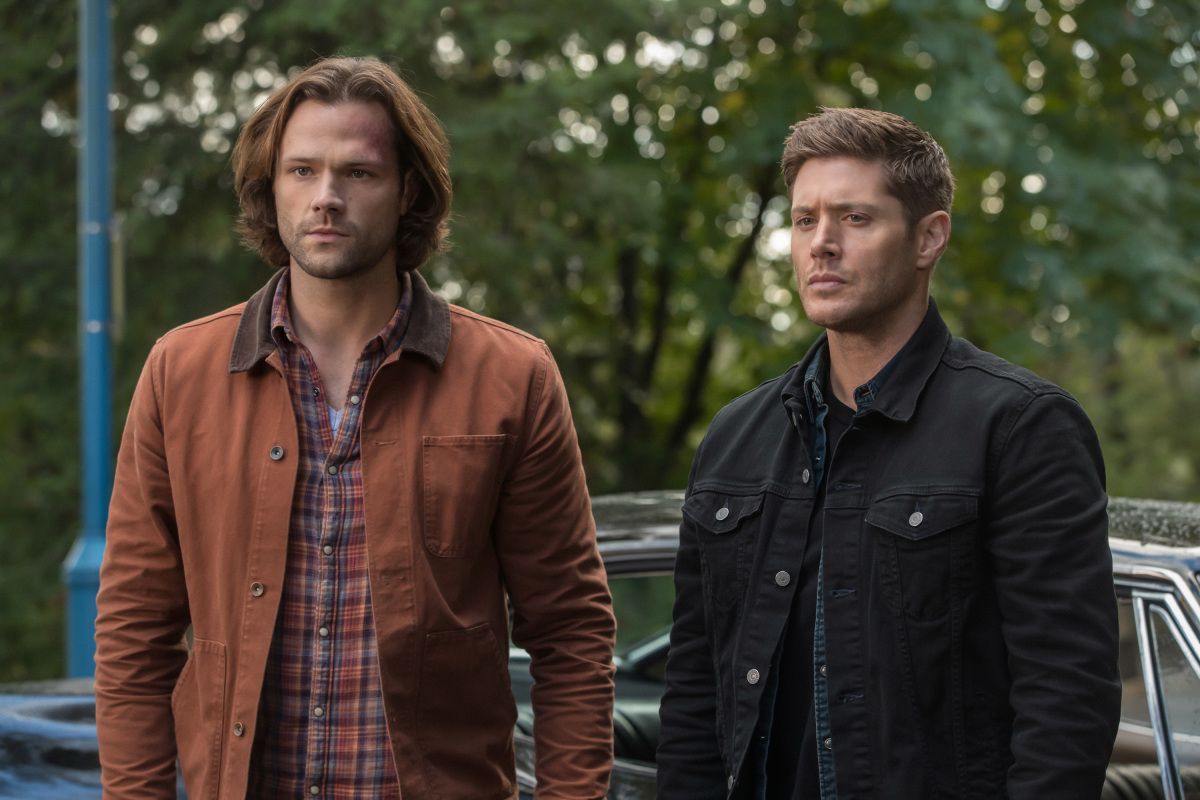 Lucky number 13 seems to be working out well for the Winchester brothers. During the winter hiatus in December of 2017, it was reported by TVLine that "Supernatural," even in its 13th season, was ranked as The CW's #2 series (behind "The Flash") and beating out fan favorites like "Riverdale" and the majority of the network's superhero slate.

The CW's ability to be the "only broadcast network to hold steady in the demo year over year" is largely thanks to the longest running genre TV show in the United States remaining as steady as it has.

Also near the end of 2017, Twitter began releasing a variety of stats revolved around popular tweets as well as entertainment. In their list for the 10 TV shows that were tweeted about the most in 2017, "Supernatural" earned the respectable 9th most tweeted series slot for the year. Other series on the list included "Grey's Anatomy," "The Walking Dead," "Stranger Things" and "Game of Thrones" earning the number one slot.

The ratings continued to climb, with episode 13x11, "Breakdown," bringing in 1.95 million viewers and remaining steady in the 18-49 demographic rating with a 0.6, drawing in "the biggest audience the show has had since" the season 13 premiere. The strong numbers are an impressive sign in the middle of the season, and it also speaks to the content fans are most excited about and what makes them stick around.

The episode was promoted as the Winchester brothers working a disturbing case alongside fan favorite Donna Hanscum (played by Briana Buckmaster), who nailed a darker side to the usually bubbly character. Most importantly, the monster-of-the-week, or MOTW, episode spoke directly to the horror tone that this show was built on (besides our favorite hunting duo, Sam and Dean, at the core) and want to see more of.


Although the series continues to thrive, fans have to wonder how much longer the stars, Jared Padalecki (Sam Winchester) and Jensen Ackles (Dean Winchester), will want to go on. The show has been running since 2005, and the boys have always been invested in the series and love their characters as much as the fans do, meaning the inevitable end, no matter when it comes, will be painful for all involved.

Mark Pedowitz, president of The CW, has been a huge supporter of the series since taking over his role at the network. His support, as well as the recent announcement that he extended his deal with the network to remain the top executive at The CW, bodes well for "Supernatural." In fact, as has become the norm in recent years, Pedowitz once again confirmed that as long as the ratings hold, the continuation of the show is up to Jared and Jensen.

Recently, costar Rob Benedict appeared on episode 10 of actor Greg Grunberg's podcast, "An Actor, a Comedian and a Musician Walk Into a Bar," and talked about how "[Jared and Jensen] wanna go next season and maybe a season after that, too. I mean, they'll keep going."

Greg, who has known Rob for many years after they worked together on the TV series, "Felicity" from 1998-2002, spoke about his relationship with Jared and Jensen saying, "The two guys, the two leads, I mean, you would not be hanging out with these guys if they weren't good guys."

Rob praised his friends, saying: "They're incredible dudes," to which Greg responded that he hears that from everybody. This comes as no surprise to fans, as we've been hearing this from cast, crew and guest stars for years.

Rob: "They're great guys and, you know, if they lived in LA we'd get them on this podcast. One of the reasons I think they're so magical is that they don't live here. They don't shoot here. They've avoided the whole LA thing completely, which is kinda cool, ya know?"

Greg: "Yeah. Wait, where does the show shoot?"

Rob: "Vancouver. And they live in [Austin] Texas, these guys..."

Greg: "...And have you ever flown with them on their private jet?"

Rob: "I have, I have, I have. They're very generous guys, that's the other thing. Like, they don't let you pay for anything when you're with them. They're just amazing, generous, and so it trickles down from them, truly."

Lynn Zubernis' interview with guest star Brendan Taylor confirms that even after all this time, the boys are as invested as ever in the characters, making sure every actor and crew member feels at home and that they help make each episode as good as the last.

Brendan discussed how, while filming 13x11, Jared and Jensen stuck around for his coverage (which is something we often hear about from other guest stars and cast members) in order to make sure he wasn't feeling pressured and allowing him to give his best performance in that comfortable space:

"I think it was both Jared and Jensen...they suggested, do you want to say that? Do you want to go back to the beginning of the scene? And you know, they're both off camera, it's not about them, the coverage is on me...And they're like, we'll go back. And that's the coolest thing about them being at the helm of the show. They're like okay, let's go back, and everyone just drops into line, the cameras move out of the way, it's like whatever needs to happen for the core of the scene."core of the scene."

As Lynn points out, after filming the show for so long, it would be easy for the two leads to not even care "about the show so much, or about the other actors' performances," but as this example (one of many) reveals, Jared and Jensen absolutely do still care and are still invested in the show, the characters, the cast, the crew and each other, working as a team to keep that tone on set thriving that we hear so much about. That, of course, includes always keeping things light while filming.

An exciting announcement was made that the "Supernatural" cast and creators are scheduled to appear at this years PaleyFest in Los Angeles on March 20th for the events' 35th anniversary. The "Supernatural" gang has made two prior appearances at PaleyFest, one in 2006 and another in 2011.

The big number on everyone's mind is 300, which is the episode milestone the show would reach in the 14th season which, as of this writing, has yet to be officially announced. Many fans are speculating the news will be announced at PaleyFest, but many are nervous there could be a possible announcement that the series is finally coming to an end.

Could the 14th season be the last?

Based on what Rob discussed on that podcast, it sounds like there is still hope for the show to go a bit longer than that. Also, as I reported on over a year ago, Jared and Jensen made it clear that 300 was never considered an endgame, but simply their next milestone that both seem eager to reach.

We'll have to wait and see what the future holds for the beloved series, but in the meantime, fans have plenty to look forward to this season still with the return of Rowena and the highly anticipated "Scooby-Doo" crossover episode that just recently finished filming.

Best of all? Danneel Ackles will be making her first, highly anticipated appearance on the show as Sister Jo, a faith healer who grabs the attention of Lucifer in episode 13x13, "Devil's Bargain."

Emmaline B
The Narrative
53643
https://unsplash.com/photos/O0T1SIgHAfM