Tom Brady is referred to as the GOAT by many, but I do not think he is. 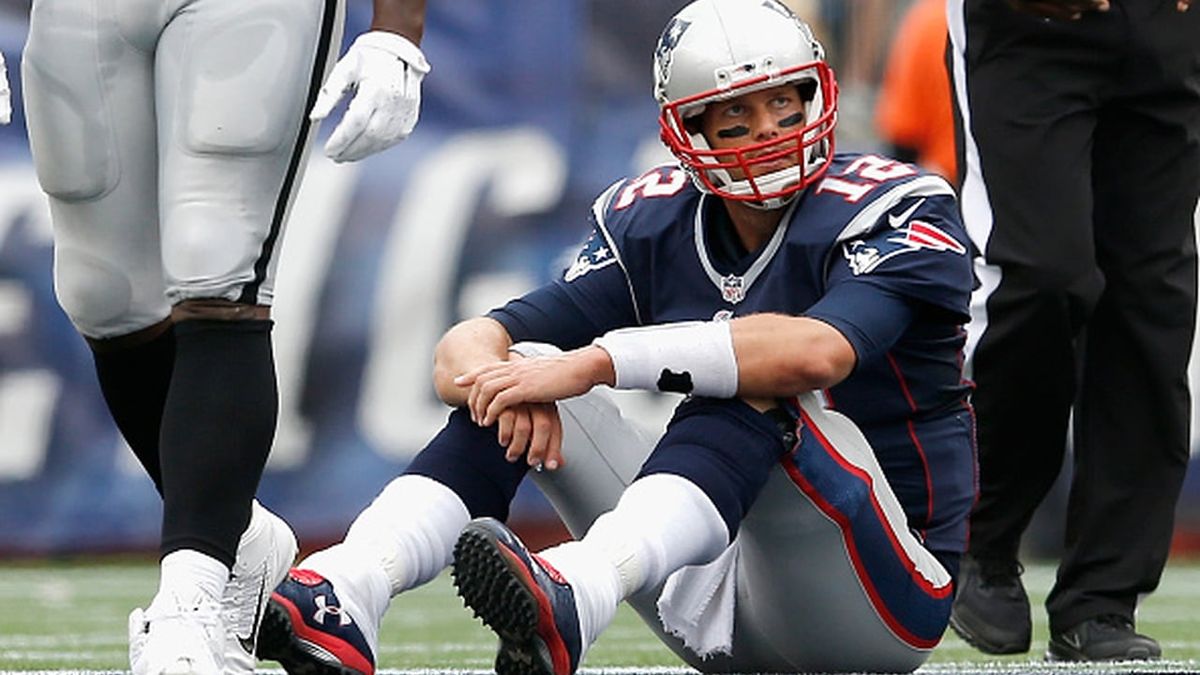 I realize this will be a controversial topic because many people view Tom Brady as a God or the “GOAT” (Greatest of All Time), but this is just my personal feelings about Brady. Do not get me wrong, I do have to respect him and what he has done. Winning five Super Bowls is impressive and I will not take that away from him.

The first reason I do not like Tom Brady is that every single call goes his way. It seems like any play that does not go his way, there is a flag on the defense to keep the drive going. If he throws an interception, there was pass interference or holding, no doubt, it could not be possible that the ever-so-perfect Tom Brady actually threw an interception. This has taught him that if he complains enough, there will eventually be a flag.

Just a couple of weeks ago in the Sunday night game against the Broncos, Brady threw a ball into the end zone that didn’t get caught. He ran straight to the back judge yelling at him for a flag and then all of a sudden, the side judge thought he saw a hold. If any other quarterback or player did that, they would be flagged for unsportsmanlike conduct and probably fined, but not Brady.

Another reason I strongly dislike Brady is that he gets all of the credit for every Super Bowl win. Yes, clearly, he has had a huge part of those wins as he is the quarterback and the captain of the offense. He has had to drive against some of the best defenses and has come back just last year when everything was against him.

What about the other ten players on offense though? Or how about the defense? If the Patriots' defense didn’t sack Matt Ryan last year, taking them out of field goal range, the Falcons would have kicked a field goal and been two possessions ahead, almost surely ending the game. Or for every drive the Patriots had, their defense still had to get stops. You do not see the defense getting the stops, lineman blocking so Brady has time or receivers making the catches get the credit, it just is all Brady.

Brady has also made the NFL soft. There is now a rule unofficially called the “Brady rule.” This rule is that if the quarterback gets hit too low, there is a roughing the passer personal foul because of the play when Brady got hurt. So now, quarterbacks cannot be hit too high, they cannot be hit too low, where can defenders hit them? Same as I wrote above, if Brady gets touched, he is turned back at the referee yelling for a roughing the passer. Scrambling quarterbacks such as Russel Wilson or Jameis Winston do not seem to get these calls, but Brady, who tends to sit in the pocket and deliver, does.

Another reason I do not like Brady is that he goes after his teammates. He is supposed to be the captain, or leader of the team, which he is, but the way he treats his fellow players is not the way a true leader would.

Typically, when mistakes are made, the captain or leader takes the blame and puts it on themselves. There have been multiple occasions where there has been a miscommunication between him and a receiver on a route, and he goes after them yelling at them and freaking out. Why can he not just go to the sideline and talk to them about it like almost every other quarterback does? It could not possibly be his fault, and he wants everybody watching to know that it was the receiver running the wrong route.

Again, Brady is a great quarterback that has shredded many defenses and won the championship five times. He is breaking records at 40 years old which is relatively unheard of, I respect him, but do not appreciate all of his antics or the way the NFL has changed for him.
Report this Content
This article has not been reviewed by Odyssey HQ and solely reflects the ideas and opinions of the creator.