Fear Of Peanut Butter Sticking To The Roof Of The Mouth

Fear Of Peanut Butter Sticking To The Roof Of The Mouth 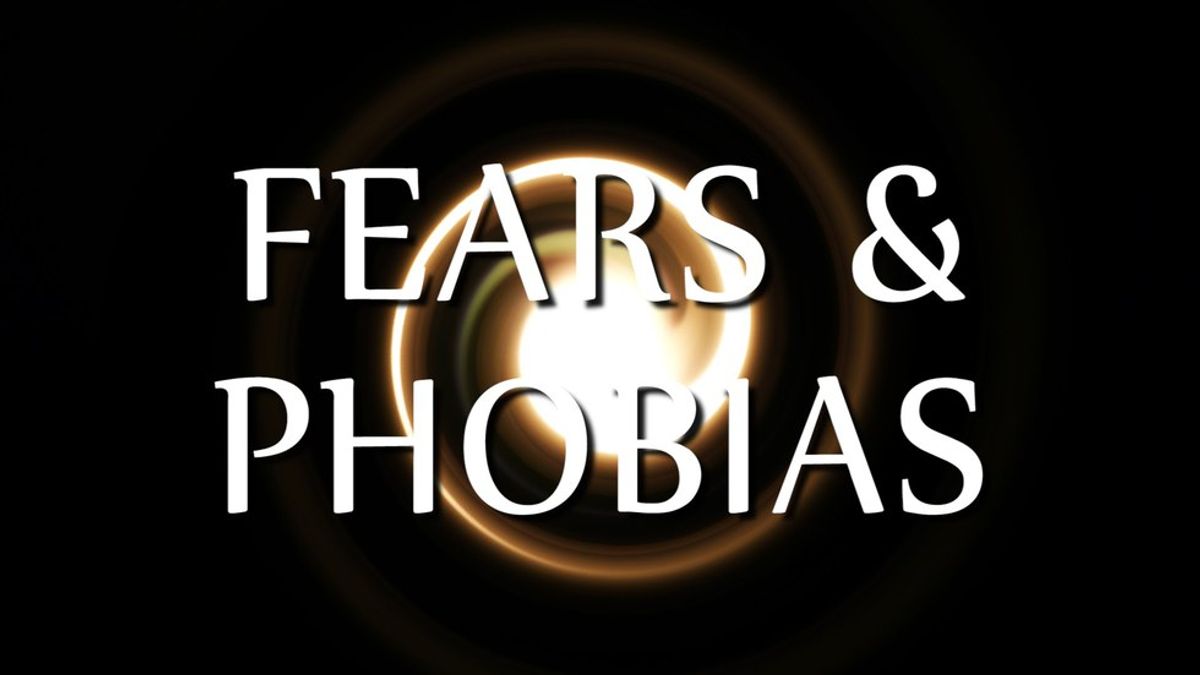 Everybody, whether hey admit it or even realize it, is afraid of something. There are a lot of really common fears like fear of spiders, heights, or a fear of the dark. And, just like every person has a fear, every fear has a specific name. some are short, some are long, and some are ridiculously hard to spell and pronounce. While the name for each may be different, they all end in “phobia,” which is Greek for “irrational fear.” While there are common, well-known fears, there are also an abundance of rare fears that most people don’t even know exist. Some are kind of funny, some are strange, but they are all true and somewhere, someone has one of these phobias.

Starting with one that is pronounceable, and probably the most ironic, is phobophobia. This fear is exactly what it sounds like, it is a fear of acquiring a phobia. People can actually be afraid of being afraid of something.

People can also be afraid of themselves, or more so, afraid of their reflection. Spectrophobia is a fear of mirrors and one’s own reflection. This fear could surface for a variety of reasons. Perhaps this person had a fear of ghosts of some sort being in the reflection, or they maybe have low self-esteem because of their physical appearance.

A very uncommon phobia is a fear of bathing or washing. Ablutophobia is mostly seen in children and women, not in men, and is extremely rare. This would be a difficult fear to avoid in everyday life, much like optophobia. Optophobia is defined as a fear of opening one’s eyes. People can actually be afraid of opening their eyes, which would make everyday life extremely challenging.

Though they may not be funny to those who suffer from them, there are some fears that are actually rather comical. Extremely irrational and exceptionally hard to pronounce is arachibutyrophobia, the fear of peanut butter sticking to the roof of the mouth. Someone with this phobia can literally have a panic or anxiety attack if ever faced with their fear. They can experience terror, dread, rapid heartbeat, and shortness of breath all because of peanut butter attaching to the roof of their mouth.

Another slightly laughable phobia is a fear of appliances. Yes, someone can actually be afraid of their household appliances, like a toaster or refrigerator. This is called oikophobia.

For me, and most commonly children, a completely rational and terrifying fear is coulrophobia, or a fear of clowns. Similar to this, and also a terrifying phobia I suffer from is metamfeizomaiophobia, which is a fear of mimes. When it comes to clowns, I can experience anxiety attacks, and sleep loss because of them.

So some fears are very serious, some are kind of funny, and some are just crazy, but to someone who has them, they seem completely rational. There are so many other fears that people may not know exist, who knows you may even have one and just never knew the name of it. But, with as many fears as there are out there, everybody, whether they think they are or not, is afraid of something.

Madison Franz
The Narrative
1110119
Photo by Brooke Cagle on Unsplash

Madison Franz
The Narrative
650910
Photo by Manny Moreno on Unsplash