The Double-Edged Sword Of Straight-Passing And Bi Invisibility
Odyssey

Let's explore the sometimes-strained relationship of bisexual and pansexual people with the rest of the queer community, and what "passing" really means. 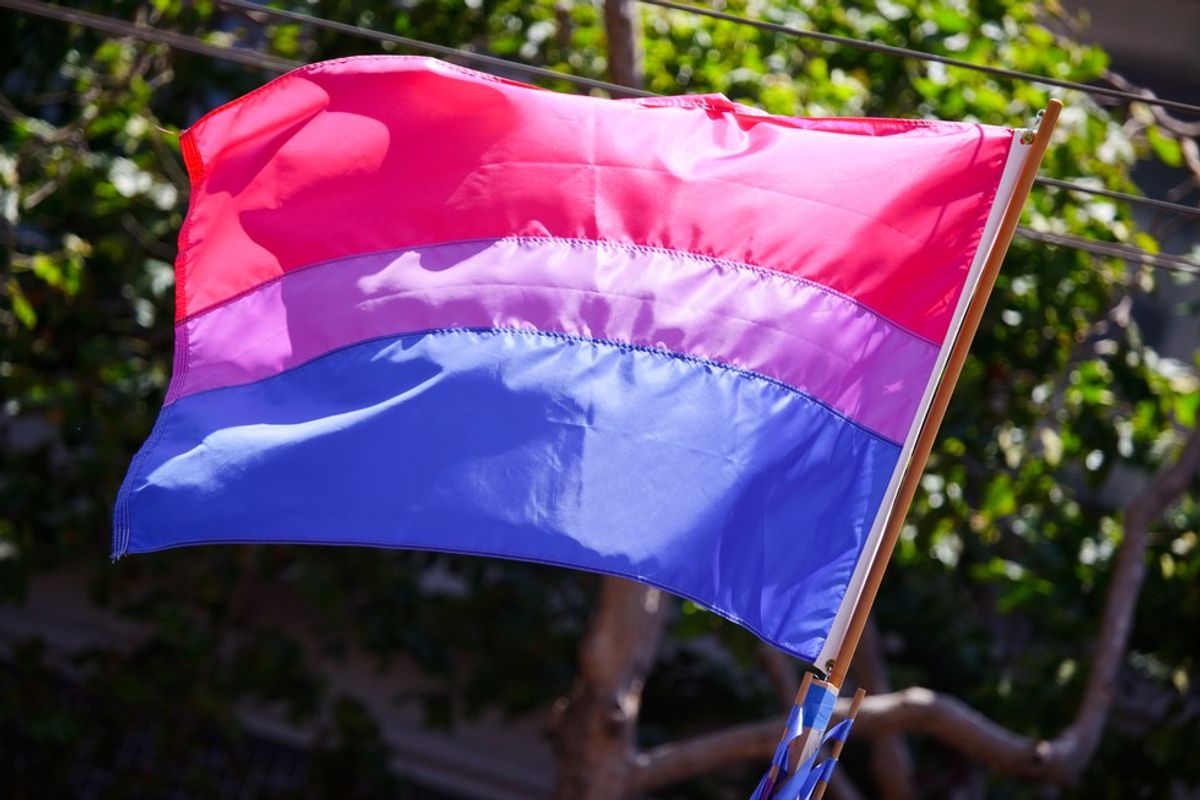 It’s Pride time again, so that means I’ve been seeing about the usual number of social media posts about bi people at Pride (a lot). Some go as far to say that bi people shouldn’t go to Pride, at least not if they’re in what society calls a hetero relationship. Of course, this can feel incredibly hurtful and exclusionary to many bisexual/pansexual people who are part of the LGBTQ+ community, who should be able to feel welcome at Pride, which is for many people one of few spaces in which they can safely express and embrace the fullness of their identity. But why do so many people seem to feel this way about bi folks? Maybe it’s time we talked about the double-edged sword that is straight-passing privilege and bi invisibility.

When we look at individuals separately from their actual choice of partner, whether they’re seen as being queer or not by most of the people they come into contact with has less to do with their sexual orientation than it does with the way they dress, talk and behave. So by themselves, a bi or pan person doesn’t have any more or less of an ability to pass than a gay or lesbian person does, because we all have generally the same access to styles and behavior coded as queer or straight. Not every individual has this access, but the difference between being attracted to multiple genders and being attracted to one gender isn’t really a factor in the clothes you wear or whether you have an “alternative lifestyle” haircut. Also, as with passing in the case of any marginalized group (passing for white or straight or cis, etc.) it may provide benefits, but it never prevents all of the effects of systemic oppression. Bi and pan people still experience social isolation and bullying due to their sexual identities, as well as other psychological effects from growing up in a culture that largely views their sexuality as wrong, bad or abnormal.

Straight passing may apply, however, to bi and pan people in certain relationships. Some bi and pan people may be in relationships that appear to fit into a heteronormative framework. Of course, in reality, this is a much more complicated issue; people are not always the gender that they are most likely to be read as in society, so relationships are not always as straight as they appear, and calling a relationship “gay” or “straight” when one or both of the people in it may be neither gay nor straight just seems inaccurate. As a Tumblr post from user stuffonpages so aptly puts it:

However, it is true that the way our current society perceives relationships lacks this complexity, so assumptions are often made about a person's gender and sexual orientation based on the perceived gender of the person or people they're dating, and when a bi person is in a relationship that seems hetero enough, they usually get a pass on the scrutiny that non-conforming couples often endure. For example, I am a queer cis woman in a relationship with a straight cis man, and I'm aware that my partner and I don't get nasty looks at restaurants when we're out together, we don't get harassed when we walk down the street holding hands, and no one makes assumptions about the kind of person that I am based on the fact that I'm dating a man. There's a level of not just inconvenience, but actual physical danger that I just don't experience, simply because of the gender of my partner. So it is important that I and other queer people in similar situations do acknowledge the passing privilege that we enjoy, because although it doesn't change who we are, it does change the way we experience life day-to-day as members of the LGBTQ+ community.

At the same time, none of this negates the violence, discrimination and difficulty that bi and pan people do face. In fact, the straight-passing privilege we experience has a negative side as well, which is that not only are we alienated from mainstream society for not being straight enough, but we are often seen as not being "queer enough" from LGBTQ+ perspectives either. This is what bi invisibility means. The personal struggles that we experience as a result of systemic oppression and heterosexism are often overwritten from both sides, when bi/pan people appear to fit into the heteronormative framework in some ways, and yet are consistently othered and excluded from that framework. It's why there's a Bi Visibility Day celebrated every year––to remember that bi/pan people really do exist, and that our identities are real and valid, because they're often dismissed and forgotten otherwise.

Additionally, bi/pan people deal with significant stigma particular to our identities, such as the idea that we are more likely to be unfaithful and promiscuous (while some bi/pan people are polyamorous, many are not; being bi and being polyamorous are two different things), that we are "just confused" about our sexuality and need to make up our minds which gender we like, or that we are just experimenting or going through a phase, that bisexuality or pansexuality isn't a permanent identity for anyone. Having your sexuality dismissed in this way can be harmful, as well as having it sexualized by socially ingrained notions of bisexuality, especially bisexual women, that revolve around hypersexuality and threesomes.

So, while it is important for bi people who do experience straight-passing privilege to acknowledge that, and be good allies in terms of the dangers posed to people in relationships that don’t fit society’s heteronormative expectations, it is also important to acknowledge the erasure and stigma that bi/pan people face, especially bi/pan people who don’t conform to the gender binary. And no matter our identity, we should all be able to have fun at Pride without having to feel like we don't belong.