Story Time: My Adventure Into The Writing World
Odyssey 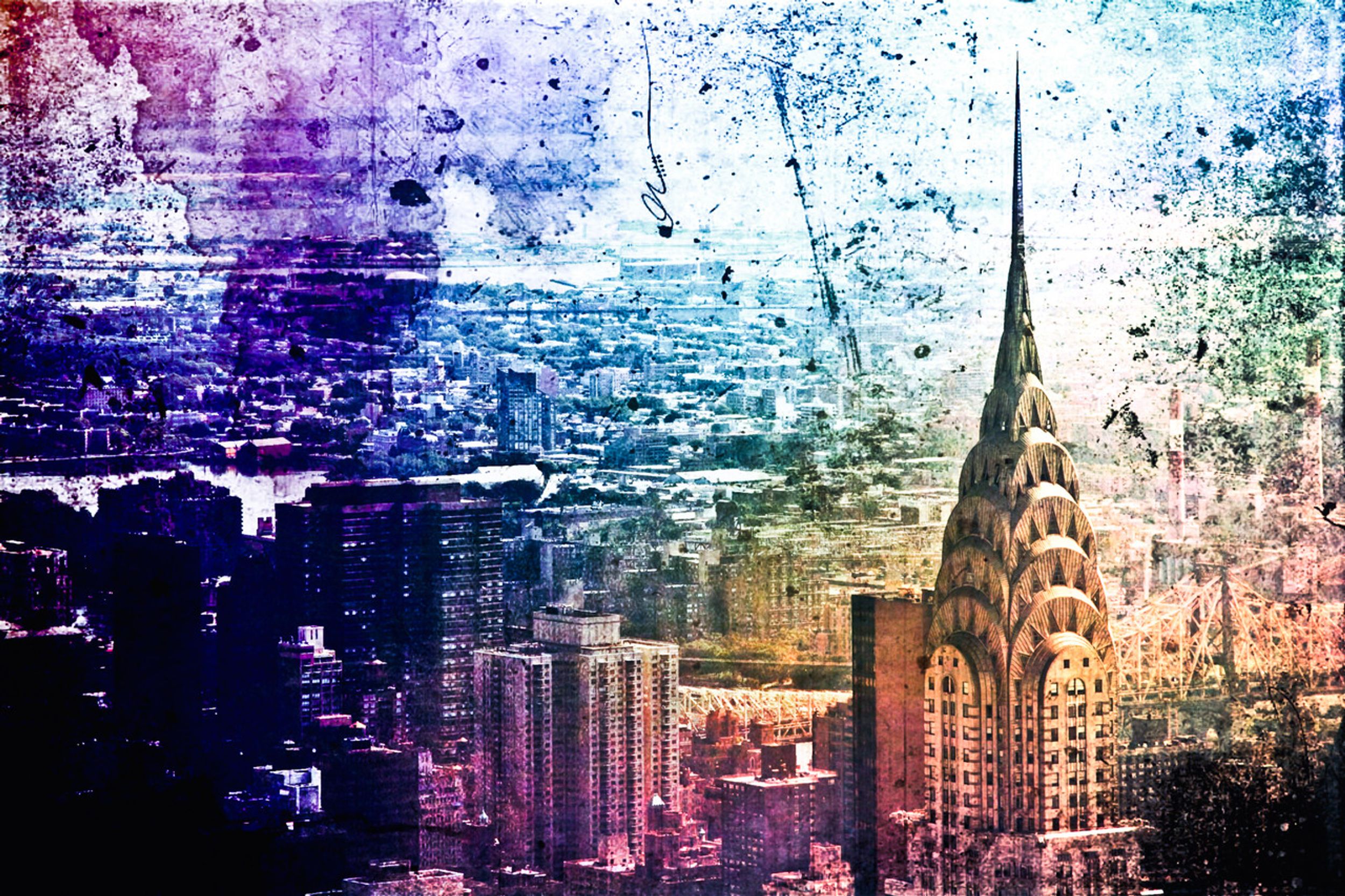 For my getting published class that I’m taking this semester, I had this project in which I was assigned an author to research, a book to read of theirs and to interview said author. My assigned author was Deborah Heiligman, award winning children’s and young adult author, and I needed to read her 2009 young adult nonfiction narrative Charles and Emma: The Darwins’ Leap of Faith. I did the research, prepared all my questions and set up an appointment to call Mrs. Heiligman. I got extremely nervous at this point. I’m new to the creative writing major; I don’t know a lot of things that I probably should know at this point being a sophomore, and I’ve felt insecure about that idea ever since I claimed the major this past winter break. I doubted myself. But my grade in the class was hanging in the balance so I made the call.

I was hella awkward.

I said hello, introduced myself, and thanked her for her time of course, but I just read the questions right off my computer screen and furiously typed notes as she was answering. Sometimes, I took too long to type out her answer as she would finish speaking and there would just be a silence; the clicking of my keyboard in the background.

The interview came to an end eventually, and before I could thank Deborah one more time, she invited me to her book launch for her newest young adult nonfiction narrative Vincent and Theo: The Van Gogh Brothers. She mentioned that my professor of my class, Rebecca Chace, would be attending as well, to invite my classmates and anyone else because it was a public party. I was honored that a distinguished author would ever think to invite a humble creative writing student to their, probably, thirtieth book launch of their established career.

One problem: the book launch was in Manhattan.

I have never traveled to the city on my own. I would either be with a school or with my family. I didn’t even know how to buy a train ticket. I’ve never even been on a train! How could I possibly follow through with this? I couldn’t just deny the offer since I already accepted the invitation (I tend to agree to do things due to my crippling need to be polite). But I also just really wanted to go. It would be an amazing experience and a great exercise of independence that I’m not particularly used to being the baby of three siblings and my natural fear of social gatherings.

I had to do it though. I had to conquer this uncomfortable idea of being in the city by myself, embracing the concrete jungle, the crowds of people, the blaring honks of the traffic and towering skyscrapers. This was my chance to prove myself as an independent, young, writer who wasn’t afraid of the city where a writer’s career was usually made.

I caved. I asked one of my best friends, and sister from Phi Sigma Sigma, to accompany me to the city. I totally gave into the fear of being on my own, of figuring out my way to my destiny of storytelling. Not only that but I asked three other close friends of mine and they all accepted my offer. I had my own little gang of Phi Sigs to help me brave the abrasiveness that is New York, New York.

I drove us all to Convent Station, we bought our tickets after a step by step lesson from one of my friends, and we waited for the train. At this point I start to get fidgety, imagining what it would be like to ride the train. Soon thereafter, the train pulls up and guess what? IT HAD TWO LEVELS! It was like those big, red, tour buses one would find in London, England only silver and much more intimidating. I felt like Harry Potter, funnily enough, as he sets his eyes on the Hogwarts Express in the Sorcerers Stone. Corny, I know but these things just come to me.

We board the train, and the lady comes around to collect our tickets. To my surprise she had an actual hole puncher to punch our tickets with. It was like the end of the Polar Express, where the train conductor hole punches out what each kid learned on the journey to the North Pole, except she only punched one hole per ticket, and we never got the tickets back. It was still pretty cool though.

The train chugs along the railroads, we stop at about five other train stations before rolling into Penn Station. This is where the rush of the city atmosphere takes over, and all of a sudden our leader friend (the girl with the most experience in the city and can navigate the avenues without a problem) is pushing us through the station, up the steps and into the hustle and bustle of the city streets. We don’t dare slow down, trying to keep pace with the crowd as we make our way about ten blocks down to 7th Ave. On the way I link arms with my friend who I first asked to come to the city with me, chit chatting along the way.

We approach Books of Wonder, the children’s bookstore that Deborah Heiligman will be presenting Vincent and Theo in. As soon as we stepped foot into the store, my heart swelled with bliss. There were shelves upon shelves of children, middle school and teen fiction books. To my immediate left were the registers and above that and along the top shelves of the bookcases were different characters from all kinds of children’s books ranging from Where the Wild Things Are to Charlie Brown’s Peanut Gang. Further back into the store was where all the buzzing of the store was coming from, and upon further inspection, there was a small gathering of people with rows of seats set up facing a front table that displayed Deborah’s new book, as well as the author herself. There was artwork all along the walls and on the right wall there as a glass enclosed mini library of classic children’s novels like Beauty and the Beast, The Golden Compass, and Brothers Grimm Fairytales. Among the crowd I saw my Professor, along with other Creative Writing professors from FDU.

“Rebecca! You made it!” my professor spotted me from the outskirts of the crowd. I made my way to greet her with my friends following behind me and introduced them to her as well. Everything was going well, until I saw her. Deborah Heiligman, in the flesh was standing just a few feet away talking to one of the store managers.

“Let me introduce you two.” Professor Chace insisted and before I had time to mentally prepare myself, I was right in front of Deborah, saying hi, going to shake Deborah’s hand only to be pulled into a hug. I was living the life.

Too soon, Deborah was whisked away by another friend of hers, leaving my professor, friends and I to browse the classic children’s books behind the glass. Eventually the event started, Deborah read from Vincent and Theo and her companion on the panel, Patricia McCormick, asked Deborah about the inner workings of her book. The pair were hilarious, and I learned much more about Vincent Van Gogh. It was the perfect atmosphere for a wannabe writer like me. To see the profession in action, signing books, talking about her writing process, the research and inspiration all behind the creation of a completed novel. As the event came to a close and the celebrations died down I realized how much I wanted this life. Before leaving the store I took one final lap around.

Walking along the book aisles I glance upward to find the white rabbit from Alice In Wonderland quickly hopping along the top shelves of the bookcases, while the Boy Who Lived zooms ahead on his firebolt, easily beating the rabbit to Mad Hatters tea party. When I reach the front of the store I look over to my left and find a tree trunk turned into a table, a round glass surface on top of the spontaneous spider roots supporting it. A few little tree trunks are placed around the tables to serve as seats. I imagine that the Lost Boys from Peter Pan might meet in secret after dark, waiting for Wendy to read them a story.

I wanted to be apart of this haven someday; have my books featured on the shelves, and my characters mingling with those that molded my childhood and writing style. I had my doubts before, wondering if I could actually pull off my desire to be a writer. It was then, as I finally followed my friends out the door, I made a promise to myself that despite the obstacles, I would make it one day. It will happen, I’ll make sure of it.