Because we are not what the media wants you to believe. 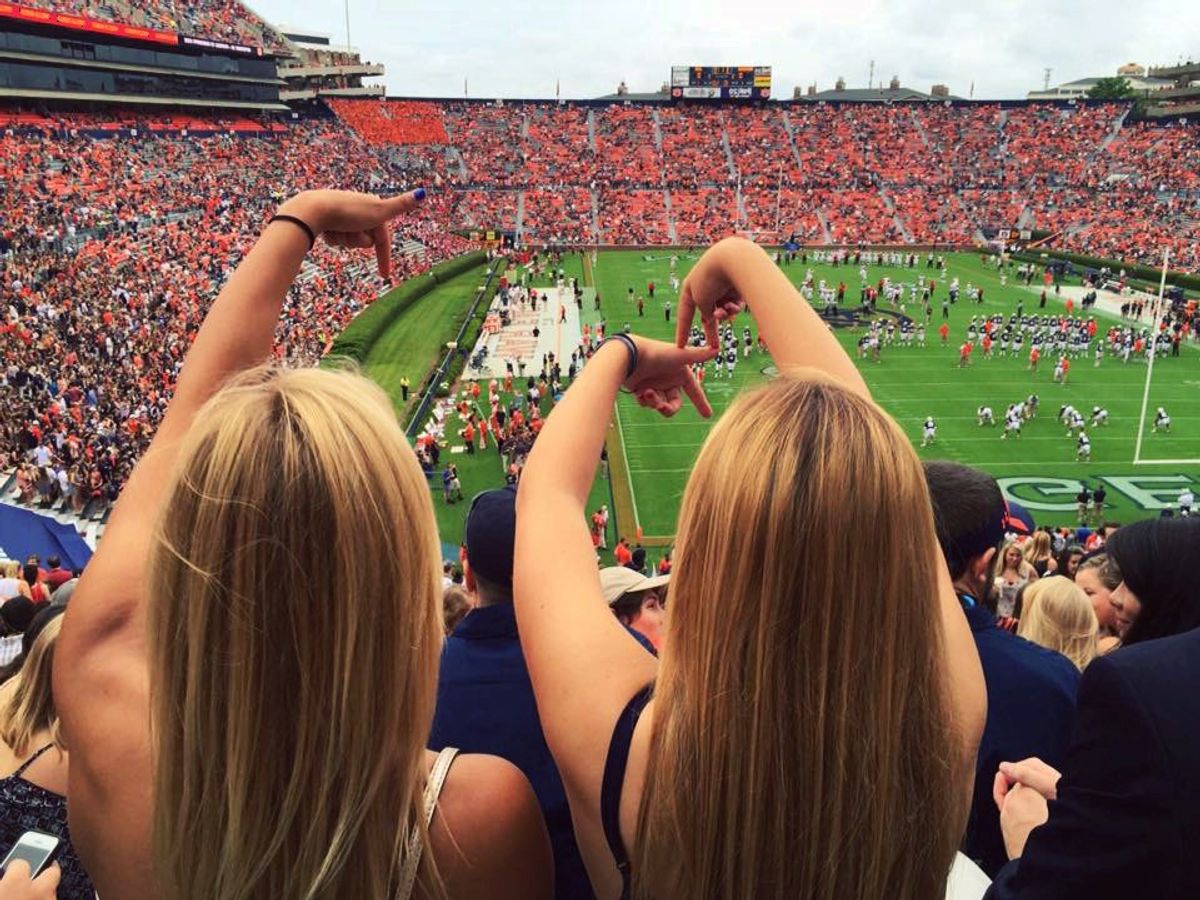 Many of you have heard the term "slut-shaming." For those who haven't, "slut-shaming" is the act of denouncing a woman for her sexual activity, whether it be real or presumed. The issue of "slut-shaming" has been popular in recent pop culture, and many people are doing their part to put an end to these judgements. A woman's sexual activity is her choice and, therefore, she should not be ashamed of her choices.

An issue similar to "slut-shaming" I want to address is the issue of "sorority-shaming."

The stereotypes of typical sorority girls in the media date back decades. In movies, sorority members are portrayed as ditzy blondes who live for frat boys and drinking. In October 2015, a group of girls were mocked on TV and the internet for taking selfies at a baseball game, and every report made sure to emphasize the fact that these girls were in a sorority.

The girls' utter lack of interest in the game they were attending was hilarious, but their title of "sorority girl's" was included as if to say "of course they didn't care about the game, they're sorority girls." That is the message I received after reading a few articles about the video, and I'm confident I am not the only one. The selfie incident is only one example of sorority girls being portrayed negatively because of the stigma associated with sororities. Personally, I have felt looked down upon by others after saying I am in a sorority which is why I want to bring this issue to light.

There is much more to being a sorority member than many people think. When a girl is initiated into a sorority she is taking on a serious obligation. From the moment you accept your bid, you are the face of your chapter. Your actions not only represent you but all your sisters at your school and across the nation. What the media fails to portray are the positive aspects to a sorority. Every sorority is linked to a philanthropy in which they raise money and awareness for their cause. For many girls, the philanthropy of a sorority may be their deciding factor on which chapter they want to become a part of.

Many people don't know that most chapters require their members to have a certain GPA and complete study hours every week. Those who fail to uphold these standards are typically put on probation, meaning they aren't allowed to attend social events until they can raise their GPA. This shows that academics are taken more seriously than social events.

The next cliche I want to address is the statement "you're basically just paying for friends." Wrong. Yes, every member must pay dues, but that is not the equivalent to paying for our friends. When I moved across the country to attend college, I knew absolutely no one, so the thought of joining a sorority and meeting new people sounded great to me. I can confidently say that I would not be nearly as happy as I am if it weren't for the friendships I have made through my sorority. Beyond being friends, we are sisters; we are bound through our sorority and we are grateful for that.

Next time you find yourself looking down on someone for being in a sorority, think about the positive aspects of Greek life and try to get to know them for who they are and not their label.