Stop Pointing Out Insecurities, It's Rude And Uncalled For

I Know My Face Looks Like A Tomato, Thank You For Reminding Me Of My Insecurity

People are already aware of the blemishes they have on their bodies... trust me. 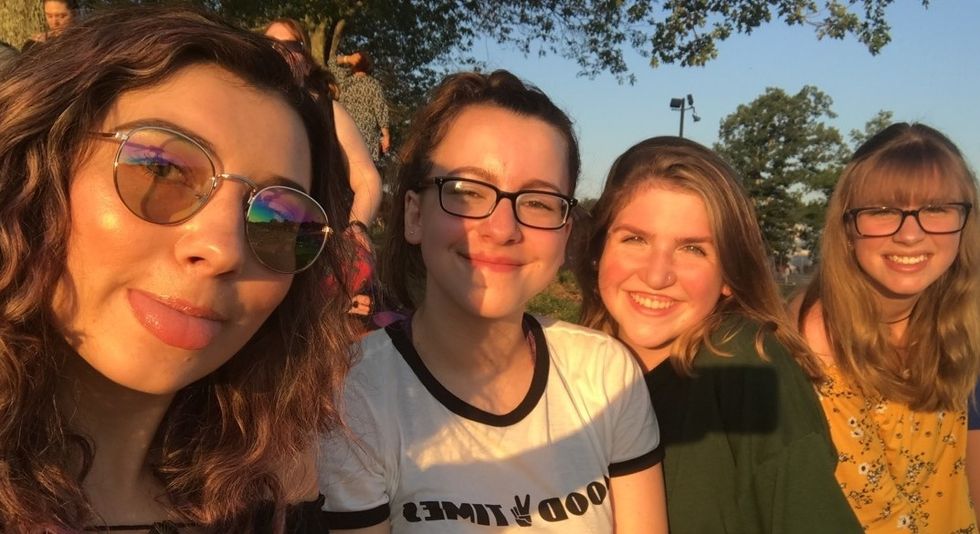 Throughout my entire life, I have struggled with having a face-flushing problem. I turn beet red at practically anything. Am I embarrassed? Too hot? Exercising? Having a simple one on one conversation with my best friend about a completely mundane topic? Yes, any and all of these things make my face flush. My family and closest friends are all used to this phenomena by now, but nonetheless, it is still my biggest insecurity, no matter how many times I'm told, "it isn't even that bad."

The reason why it docks my self-confidence so much is because everyone loves to always comment on it, without fail, every time I get hot in the cheeks.

"You look so red, are you feeling OK?"

"Aw look, you're blushing. Are you embarrassed?"

Whether you're asking out of concern, or just saying something purely observational, it does not need to be said. I can 110% guarantee you that I am already aware my face looks like it's on fire, for the heat radiating under my skin is enough evidence for me. But...thanks for letting me know that yes, it really is that noticeable.

I have come to dread people pointing it out so much that I have gotten into this unhealthy, self-hating habit of commenting on it before others can. I now tend to grab my cheeks and say "my face is so red," just so others don't do it for me. However, this only makes me more aware of it.

Granted, there is a good chance that no one is judging me for it, but it still makes me self-conscious, and I'm pretty sure it always will. However, this would not be an issue if others did not feel the need to make a verbal observation about someone else's physical appearance.

There is a quote that I am absolutely in love with, that needs to be promoted everywhere. It reads, "If it is not something that can be fixed within five seconds, do not comment about it." Thus, if you're pointing out another person's physical attributes, more than likely they're already aware of it, so don't remind them.

Is someone's tag sticking out? Tell them!

Does your friend have toilet paper stuck to their shoe? Pull it off!

However, if your friend got absolutely fried at the beach and has skin peeling on their nose, don't remind them of it! There is absolutely nothing they can do in the moment to fix it, so why do you want to hurt their self-esteem?

These are the types of comments that are truly detrimental to people's body image. Even if you don't mean your remarks in a negative way, they still aren't worth the risk of making someone feel bad about themselves.

So, next time you want to point out how bony someone is, how much acne they have, or how bright their cheeks look...don't.

I cannot emphasize it enough, but if it isn't something that can be changed within five seconds, don't say a word. Be there to compliment others, not accidentally insult them.

Related Articles Around the Web
self love
Report this Content
This article has not been reviewed by Odyssey HQ and solely reflects the ideas and opinions of the creator.