Chase those goosebumps and take a chance 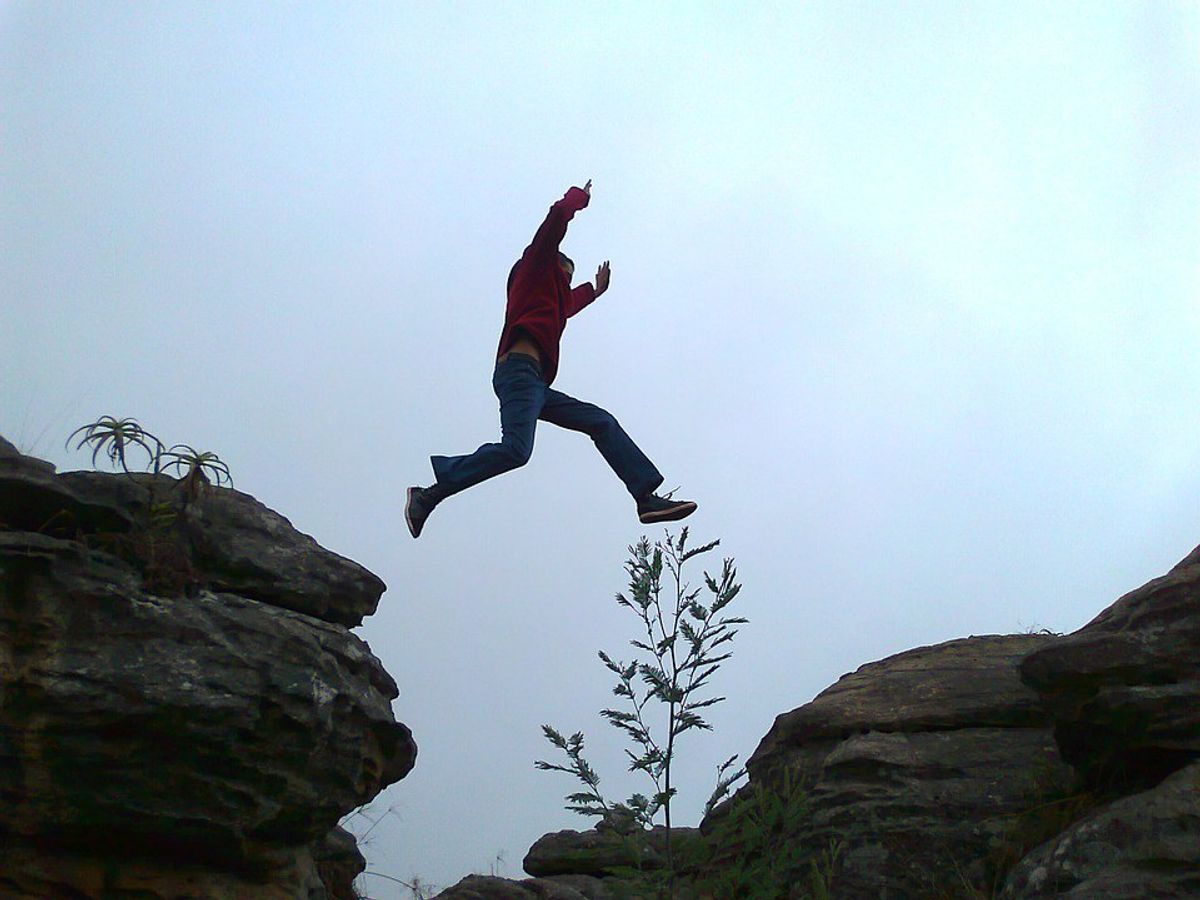 This is the only dating article I will write, and it's not even about dating.

If you're like me, being brave has never been easy. I struggle daily to break out of what is expected of me, and to not remain in a safe, secure shell that protects us all from hurt or unknown things that could happen.

But why do we all do that? What defines social constructs so very much that we must be invisible to everyone except who we know? We exist in a world in which it's considered weird or strange to walk up to someone new and introduce ourselves. For some odd reason, we live in a generation of Facebook messages and "sliding into dm's" which are somehow more normal that walking up to someone and saying hello. So here's my advice: be brave today, and stop playing it safe.

We live in a bubble where we are scared of breaking out of our safety net and risking anything. There's a great quote about living with goosebumps that I aspire to everyday. Because we are only here for a short time. Why not risk something?

Here's what I mean. In our everyday lives, we live in a perpetual state of instances. Instant messaging, tweets, Facebook mentions, and Snapchat make everything so quick and unaccountable. Conversations that can appear and evaporate with the click of a button and snippets of private conversation that make us throw our phones across the room. We are brave in those moments. When it doesn't matter. When we are not held accountable. We are brave doing things that can be excused. We can like a picture because we're friends with someone, even if we really did it because we like them. But it's okay, because if anyone should ask, I don't like him, we're friends so it's not weird.

That is so infuriating.

If you like somebody, respect them enough to tell them and not let them guess. Don'e make them read into the fact that you liked their old profile picture or followed them on Instagram and liked their past five posts. Tell them. Speaking from experience, I would much rather have someone tell me how they feel than have to guess. It makes it easier and, believe it or not, less awkward.

Why do we do this? Is is pathetic to tell someone you care about them? Is it wrong to tell someone how you feel? Is that something that is lost to our generation and now we live in a state of being a "thing" or "talking" or "we made eye contact today" or "he laughed at my joke" or any number of supposed clues that he or she is into you.

Just tell them. If you are eaten up inside about someone, you should tell them. If for nothing else, to get it off your chest. No one ever lost a friend by telling them their feelings have grown. What's the worst thing that could happen?

So here's my hope. Next time your feelings grow, take a leaf from Taylor Swift and truly speak now. Because if you live in the safety shadow of your phone light and stalking that guy late at night, what joy can that possibly have for you?

Sorry for this dating rant. But seriously, if you feel strongly about someone, you should respect them enough to tell them. If they're your friend, they'll understand. If they're not, then what have you lost?

Be brave today. Stop being safe. Take risks. Get goosebumps.