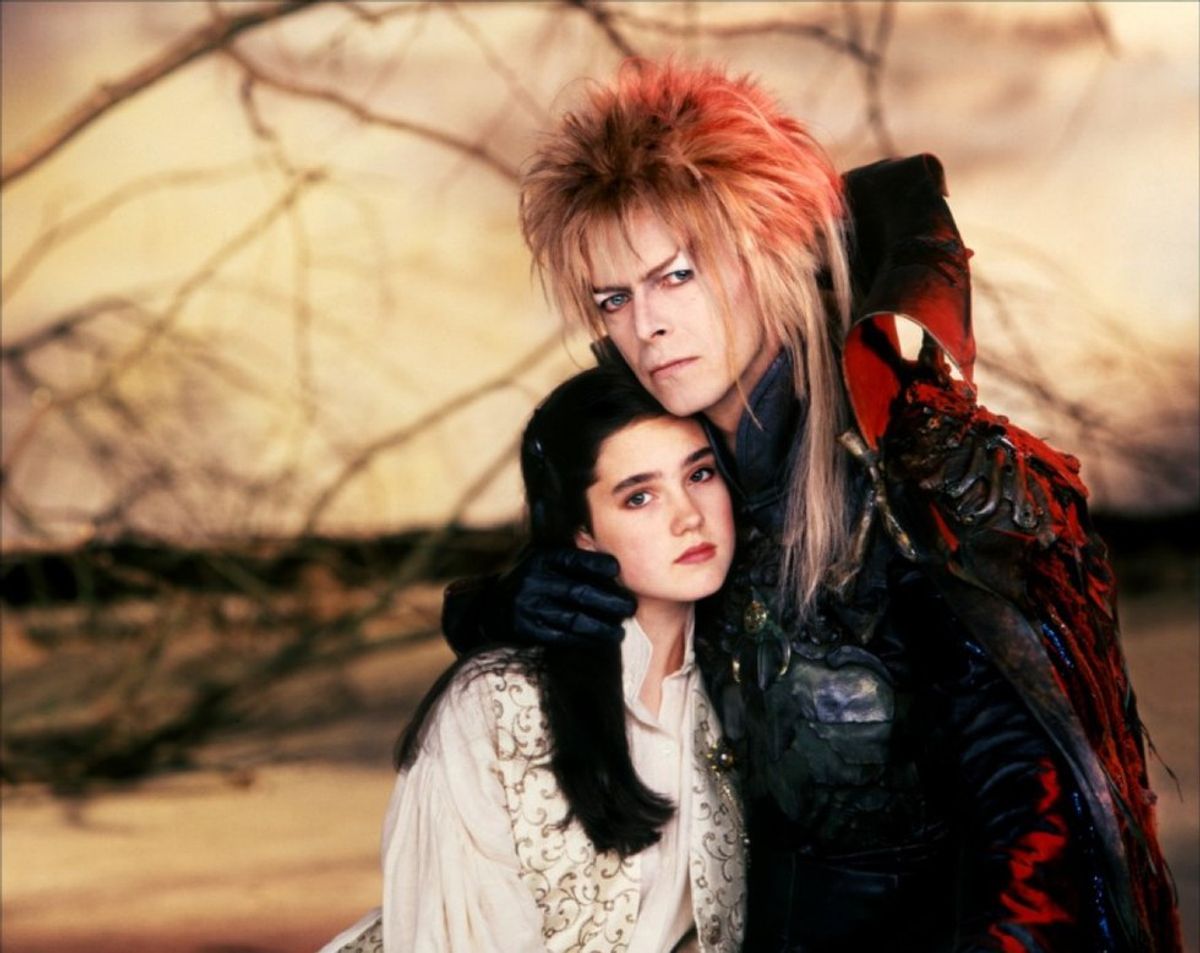 A lot of people in the spotlight died this year. So many people mourned for these people as though they had known them. Plenty of these people touched our lives in ways that they couldn' have imagined. I can understand that. I can completely respect the feeling of loss surrounding these deaths, with the singular exception of David Bowie.

We make it a priority not to talk about it, but David Bowie was a rapist. A child rapist at that. In addition to the 1987 accusation made by a woman named Wanda Nichols, a girl by the name of Lori Maddox revealed that she had had what she deemed 'consensual sex' with David bowie. The problem there being that at the time the 'consensual sex' occurred, Bowie was nearly thirty while Maddox was only thirteen years old.

Among the Bowie fans that are aware of his actions, there is a trend of behavior to try and somehow undo it or make it okay. The three most common trends that I have noticed in such articles are as follows.

His actions were a product of the times.

Torture was also a product of the times. Lynchings were products of the times. 'Everyone else is doing it' is not a justification for anything, let alone a justification for committing child rape. Even if at the time what he did had been legal (it wasn't), that still would not have made it right. It used to be legal to beat your wife and illegal for people of color to vote. That doesn't mean that domestic violence was okay or that a latino guy voting is wrong.

The girls are lying. Or maybe just confused.

You'd think that after Bill Cosby, we'd know better than to dismiss women who come forward out of hand. Still, for those of you who are unaware, no reputable source has ever predicted that the percentage of rape accusations that are false are any higher than 4% at most. We also know that when someone is falsely accused or rape, they will almost invariably be a black or latino man. Given that money, fame and power also contribute to being less likely of being falsely accused of sexual assault, the odds of Bowie not having raped these girls are astronomically small.

Separate the artist from the art.

What with Bowie being dead, it might seem like there aren't consequences in celebrating him or in consuming his work. I would like to reassure you fro the bottom of my heart that there absolutely are.

Not only do these actions inform abusers that what they have done is not, in fact, forfeited their humanity, but is more like something akin to misbehaving; It also takes an emotional toll on victims. It sends the message that what happened to them wasn't really that bad of a thing and that both it and they do not matter as much as this really catchy song does.

As a rape victim, I'm not sure that I have the vocabulary to describe what I feel when I see someone lamenting the loss of Bowie, or giving Woody Allen a standing ovation. I don't think that there are words to express the sort of and rage that this brings. the only way I know how to describe it is to put it in the of something else.

I remember an instance where I was being molested in a stairwell. My chest was entirely exposed and I was looking at the ground, trying to leave my body behind me. As this was happening, half the frisbee team came into the stairwell on their way to practice, with me in full view. I yanked down my shirt and stood there as they filed past me, feeling my throat burning. As they walked away, and my then-boyfriend returned to his assault on my body, I remember hearing an indistinct voice saying something about 'her' and the others bursting into laughter. The feeling I get is not unlike the feeling that I had in that moment. The shame, rage, powerlessness and complete abject humiliation, that I felt then is very similar to the feeling tat I get reading facebook posts about people mourning "the passing of such a great man."

Someone is an abuser before they are an artist. Before they are a visionary or an activist or a political force. You didn't actually know this man. But I promise you, you know plenty of rape victims, even if you don't know that you do. Part of growing up is realizing that your heroes aren't who you thought they were. They might even be the bad guys. Bowie falls into this category. The world is a better place without him in it. It's painful. It sucks. I get it. Still, there is beauty in that realization. It comes hand in hand with the realization that if these people weren't the heroes we needed, then maybe we have the responsibility and the chance to be.