Social media wasn't made for you to complain 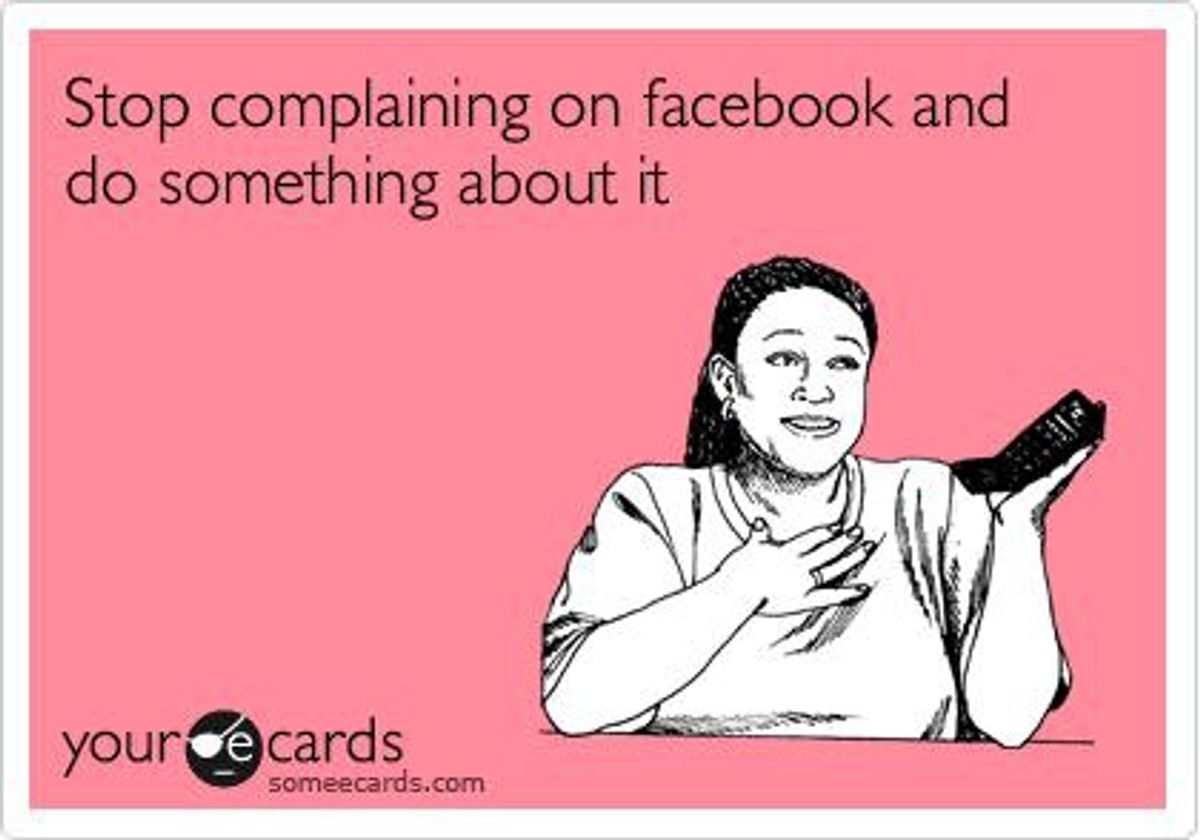 This past Tuesday, known around the country as "Super Tuesday," brought about the first round of presidential primaries. Most of the states that voted were part of the very conservative area of the country, so naturally Donald Trump won most of the states as far as Republicans go.

Now don't get me wrong, I'm not a huge fan of Trump. He's done plenty of horrible things that I definitely don't agree with. But you know what isn't helping the fact that he won all of these states? Complaining about him (or any other candidates) on Facebook.

People find a way to complain about everything. As soon as the results of the primary came out, people were quick to rush to Facebook and make snap judgments about the chosen candidates. I'm not trying to say that people shouldn't voice their opinions, but going on Facebook and bashing a candidate because they're not the one you wanted to win is just ridiculous.

And the worst part of it all? Most of the people who were complaining on Facebook didn't have facts to back up half of their criticisms. And on top of that, many of them did not bother to go out to the polls and actually vote for the candidate of their choice. In the state of Georgia, only about 6 percent of the population voted. And of that 6 percent, about 90 percent of them voted Republican.

When uninformed people start rambling about the primaries, things are bound to get out of hand. So many times I have seen adults and teenagers getting into heated arguments about politics on social media. Social media was not created so that people could get into pointless arguments about trivial subjects. Social media was created so that we could stay connected to out friends and family despite geographical boundaries.

So-- stop complaining on Facebook. It's not helping anyone or anything.