"And after the fire the sound of a low whisper." 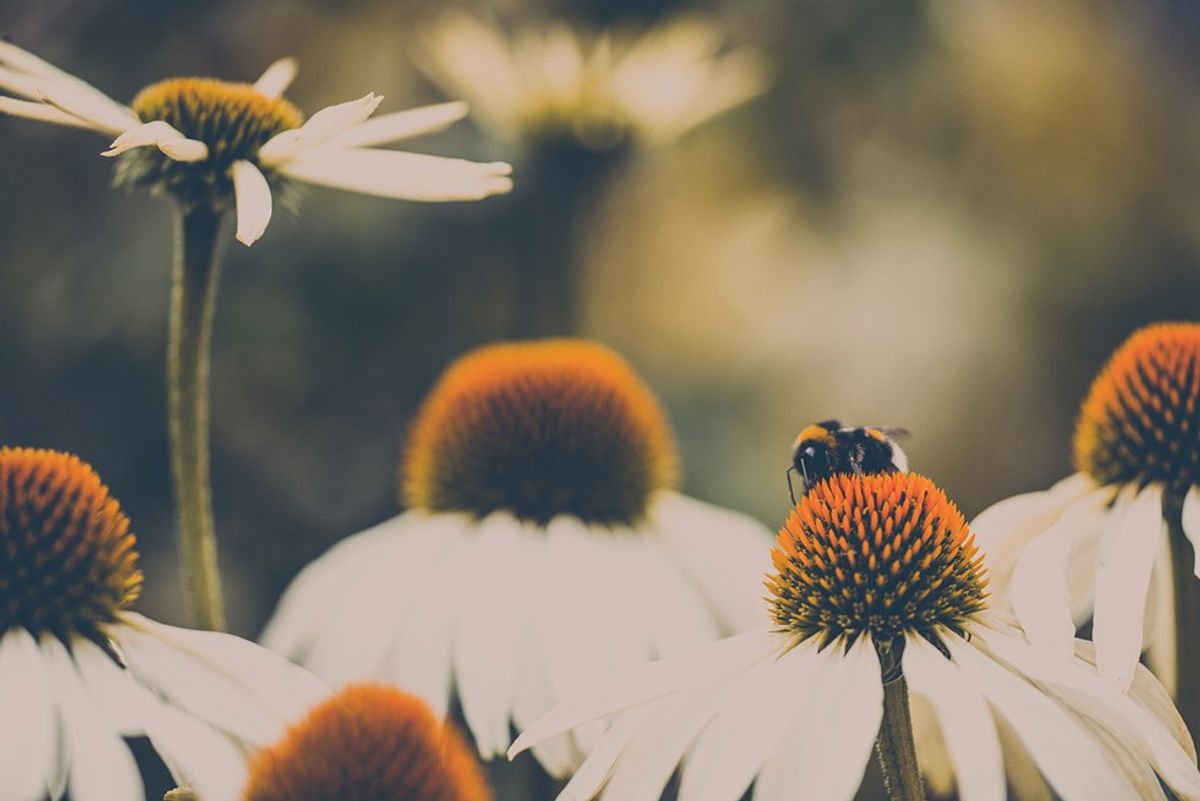 At times, I find it hard to hear God's voice. I ache, and I strain, painfully waiting for a sign, for some sort of bold commandment over my life. I wonder why I cannot feel Him during praise and worship, why His presence is not being revealed to me.

But I believe, like creation, God works in the small. He works with careful hands, with gentle fingers, weaving in and out of intricacies. He started with nothing. He split light from dark, placed the moon, set the sun and stars into their positions. He allowed the sea to speak, and He told the animals to make a home in the plains, but each work unfolded from Him, each was being built upon the next.

I have noticed God in the small. I have noticed how He pulls longingly with certain chord progressions of a song, as each brings me to some faraway place. When I discover new music, He is there, wondering where the newness of the lyrics will take me.

He is with me as I delve deep into the writings of Anne Bradstreet, of William Stafford. He is present in the questioning, just as they were. He is there, making connections between some faraway author's work, and my own wondering heart.

He makes himself known in friendship. He is the season's change, within warm coffee cups and deep laughter. He is the artistry of autumn; He is the golden turn of the leaves.

He is in the silence of a listening heart. He has created all the understanding, all the empathy that must hold a troubled moment.

He makes His power known within the earth's turn; sometimes our need for bigger, bolder, and best, drowns out the beauty of a delicate God. Perhaps Thoreau was onto something when he reminds us in "Walden," "Simplify, Simplify."

"Every good gift and every perfect gift is from above, coming down from the Father of lights, with whom there is no variation or shadow due to change." If it is truly good, God-honoring, pure, it is from our Father."