All you need to know about the current conflict at Standing Rock. 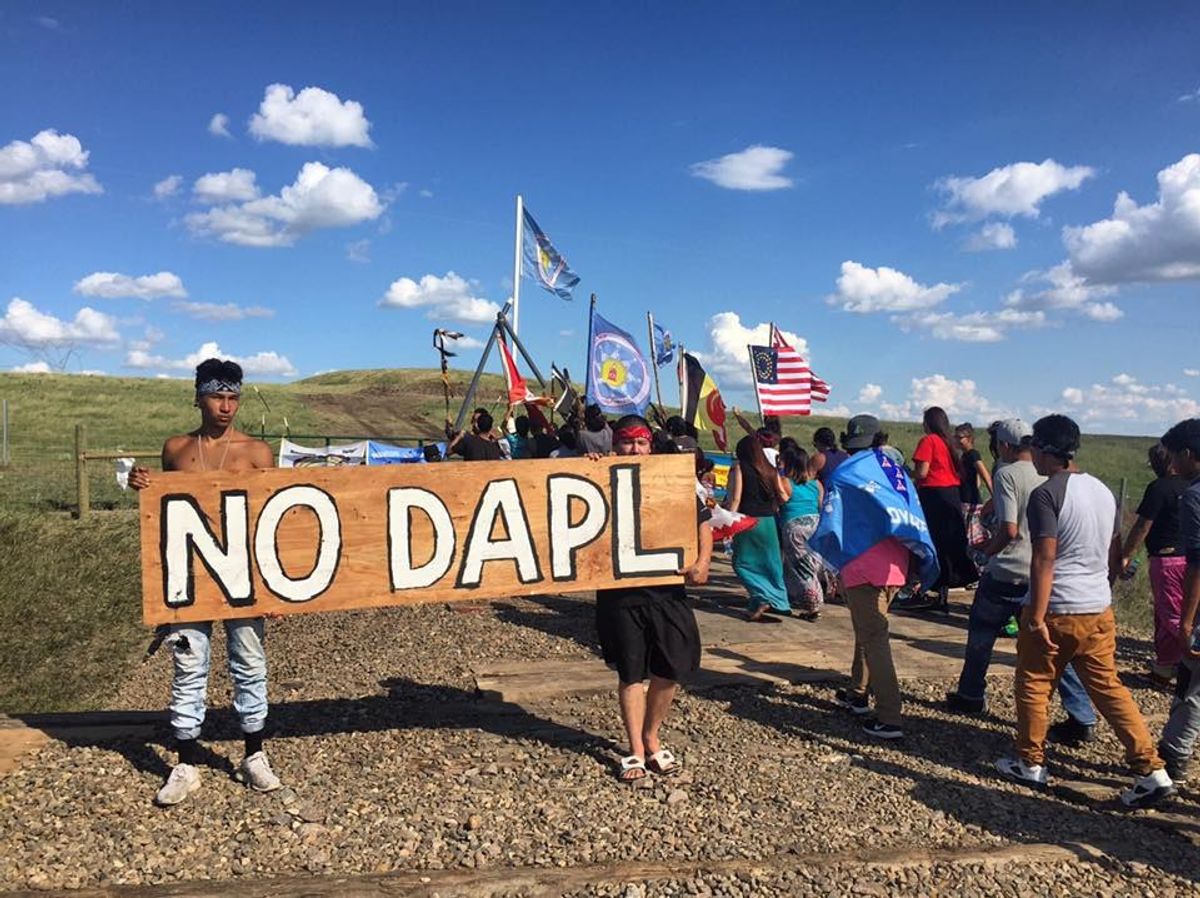 What is Standing Rock? Standing Rock is a Sioux Reservation. The tribe is currently located in North and South Dakota and is protected under certain federal laws.

What is the DAPL? Well, it's a pipeline meant to transport over a half million barrels of crude oil from North Dakota to Illinois, where this oil is refined. Pipelines are regarded as the safest way to transport oil and because they decrease transport by trains or vehicles, they can be better for the environment. However, pipelines come with a slew of environmental consequences that I will save for another time.

But isn't the current conflict at Standing Rock about the environment? Yes, it is. However, the Standing Rock tribe is not concerned about the pipeline as a means of transporting oil, but rather the potential harm it could cause the tribe through disruption of sacred lands and the potential to contaminate their water source.

As outlined on the Standing Rock DAPL page (http://standwithstandingrock.net/history/), the initial pipeline proposal mentioned two routes. One route would be near Bismarck, and would potentially threaten their clean water. The second route passes within a half mile of the Sioux Reservation. However, the proposal failed to mention that the pipeline would cross so closely to the reservation border or that the tribe relies on Lake Oahe, to which the pipeline will also be within one half mile.

So, what do you think happens when I google the pipeline? I find the website owned by the project planners! Being the curious human I am, I decided to read their facts, specifically the ones about the communities the pipeline would impact. Under the header of protecting landowners' interests, you can find the following statement: "We will listen to and address questions from the community, landowners and other interested stakeholders about the project, proposed routes, landowner communications and more."

It doesn't seem like anyone has listened to the Sioux Tribe. In fact, the U.S. government has sided with the project developer after the Tribe appealed to Congress and their state government. If I'm being honest, I can see why the government would side with the developer. The pipeline will create thousands of jobs while providing a safer way to transport oil. However, any project that jeopardizes the quality of drinking water for any person in the United States should never be allowed. Water is a basic necessity. To take water away from the Tribe would be taking away their land as well. To survive, they would be forced to give up the land designated to them by the federal government, along with sacred lands and burial sites important to their history. In this case, the government and the project developer are making the citizens of Bismarck more important than the members of the Sioux Tribe. What makes them different? Why does one group of people need clean water more than another? Is it not the job of the government to protect all of its people?

Now that you know more about what's going on in North Dakota, you can hopefully make sense of all the news stories you see and the check-ins on Facebook in support of protesters. At a time such as this, I urge you to take a stance against the government when it chooses to prioritize the lives of one group over another. Show your support for the water protectors at Standing Rock, especially after this week's conflict with the police during which many protesters were injured. The water protectors were only trying to clear the road to give access to emergency vehicles when the police were the ones maintaining a blockade. Again, I urge you to consider the two sides of this situation and to not overlook the rights of any group involved.

For more information on the pipeline from the developers themselves, check out this link: http://www.daplpipelinefacts.com/