Today I Stand With The People Of Sri Lanka.
Odyssey

I Am 9,170 Miles Away But I Still Choose To Stand In Solidarity With The People Of Sri Lanka

Sri Lanka has its own flaws and imperfections, but what I've learned is that even on our darkest days, no one can take away faith and solidarity. 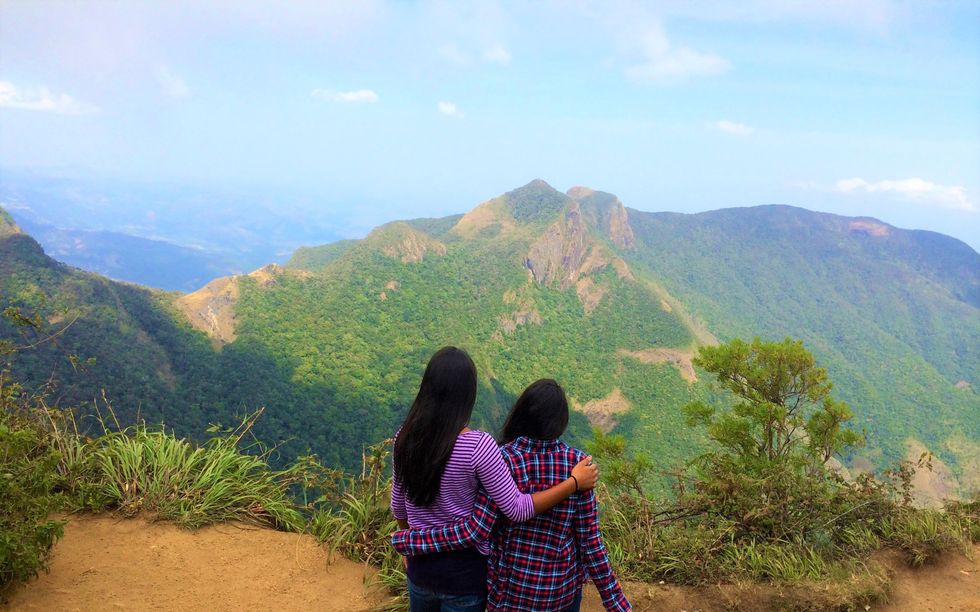 I was devastated to wake up on Sunday morning to a series of missed calls and texts from friends asking whether my friends and family were affected by the terrorist attacks in Sri Lanka. I was shocked to read all of the news about the bombings in various churches and hotels that I'd visited on my trips to Sri Lanka. I remember wandering around the Cinnamon Grand Hotel in middle school hoping to get a glimpse of internationally famous cricket players like Lasith Malinga and Kumar Sangakkara.

Now, this hotel where I associated happy memories of staying up until 5 a.m. to watch the World Cup and running around with my brother is one of the 6 locations in Sri Lanka that was bombed on Easter.

Sri Lanka is a country that most of my peers have never heard of. It brings a smile to my face when I'm able to talk about the amazing experiences I've had on this island nation. I'm able to talk about how I almost got run over by an elephant during a safari in Yala National Park, how I took surfing lessons at Arugam Bay, and how I climbed all the way up Mount Sigiriya when I was 4 years old. All of these experiences have shown me the beauty of the people, the nature, the animals, and the culture of Sri Lanka. While there is so much to appreciate, there is also so much to acknowledge about its recent history.

In 2009, the 30-year civil war finally came to an end. I remember going to my parents' room when I was nine, and watching live streams of people in the streets celebrating that the war had finally ended. This was a war that caused the majority of my family to flee the country to avoid the violence and destruction. Now, almost ten years after the war ended, there was a coordinated attack on churches and hotels that led to the murder of over 300 innocent citizens and wounded around 500 people.

Sri Lanka isn't perfect, but it's roots and culture have made me who I am today. Even though I wasn't alive during the majority of the war, it has left a lasting impact on my family. My mom had to go by herself to Russia, without any prior Russian language experience, to avoid being in the middle of the war. She now speaks English, Russian, Tamil, and Sinhalese. I had other family members who fled to places like New Zealand, Nigeria, Canada, and Australia.

Because of the war, I have family all over the world who can speak Mandarin, Arabic, Dutch, Malay, French, Russian, and so many more languages. Being Sri Lankan has given me an international perspective on the world around me and has given me the insight to look past cultural differences. Instead of going to shopping malls with my cousins like my friends in the US do, I meander through bazaars in Singapore and Malaysia or go dune-bashing in the United Arab Emirates.

When people look at me, they never think that my last name could be Paul. Shouldn't it be something that is hard to pronounce or something much longer? My last name dates back to 1814 when missionaries from Williams College traveled all the way to villages in the Northern parts of Sri Lanka to share God's love. My great great great grandfather studied in one of the many Christian schools and his faith has been passed down from generation to generation. No matter how dark things got during the war, faith is what kept my family going.

Though Sri Lanka has faced adversity over the years, it continues to grow stronger. Through violence, hurricanes, government corruption, and internal conflicts, Sri Lanka continues to push through. Sri Lanka has its own flaws and imperfections, but what I've learned is that even on our darkest days, no one can take away faith and solidarity.

So today—9,170 miles away—I stand with the people of Sri Lanka.